Finghin Collins is an Irish concert pianist with a busy international performing career. Winner of the Clara Haskil Competition in Switzerland in 1999, he has played with many of the world’s finest orchestras and conductors. He is also Artistic Director of Music of Galway (since 2013), and of the New Ross Piano Festival, which he co-founded in 2006. Collins’ extensive recordings of Schumann’s piano works for Swiss label Claves Records in 2006 and 2009 received much critical acclaim, including ‘Editor’s Choice’ in Gramophone Magazine. 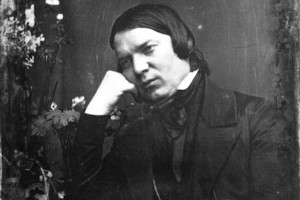 The Most Human of Composers
Robert Schumann's life had many ups and downs, from his infatuation with Clara Wieck to his attempted suicide, and his passionate nature fed into his music. A new book by Judith Chernaik tells his story and also explores some newly uncovered information on the composer, writes Finghin Collins.