With the release of this album Stéphanie Makem and Tiarnán Ó Duinnchinn have taken a step further in their nuptial partnership. Ceol is Píob is a collection of music with a distinct Ulster accent. Ó Duinnchinn’s playing is grounded through his long association – both as a pupil and tutor – with the Armagh Pipers Club, while Makem’s voice clearly articulates the songs and accents of her County Armagh heritage.

Both musicians have reputations which precede them. As a great granddaughter of Sarah and grandniece of Tommy, Stéphanie Makem has ties to a legacy which has had a defining impact within folk and traditional singing. But, Makem doesn’t need her surname to introduce her; a listen to the first few seconds of ‘Lough Erin Shore’ is enough to establish her talents. Her voice catches your attention and holds it in relaxed awareness. Although her singing is firmly rooted in Irish traditions, at times it sounds strangely exotic with touches of oriental inflection which add to its appeal.

Ó Duinnchinn’s precise articulate playing quickly explains his many awards and the demand for him as a session player on numerous records. His mastery of the pipes is without question while his reworking of ‘The Coolin’ leaves no doubt about the subtleties of his musical inventiveness.

Ceol is Píob is this couple’s first recording together since their days in the band Dorsa, although there is not much by way of collaboration on any of these tracks. Apart from Ó Duinnchinn lending a few bars of whistle playing to the song ‘Líontar dúinn an Crúiscin’ both singer and piper seem totally unconnected. This distancing was at first confusing and seemed to distract from the recording as a whole; I wondered if the material would have been better saved for two solo projects. However, as the music moves from the slip-jig ‘An Slipéar Airgid’ to the love song ‘Úrchnoc Chéin Mhic Cáinte’ and onto ‘Handel’s Gigue for Keyboard in G’, a certain unity becomes apparent. Makem and Ó Duinnchinn are presenting music full of nobility, almost courtly in its presentation: polite, yet satisfying all the desires of a discerning listener. With such a reading, the distance between Makem and Ó Duinnchinn seems more like the restraint of courtly love, each one complimenting the other with supremely crafted offerings.

Of course, fine music such as this does not need a reason for its ordering on a record; all it needs is an appreciative listener. However, I do look forward to hearing more from Stéphanie Makem and hope that sometime soon she gives us a full album from which we might experience more of her voice. 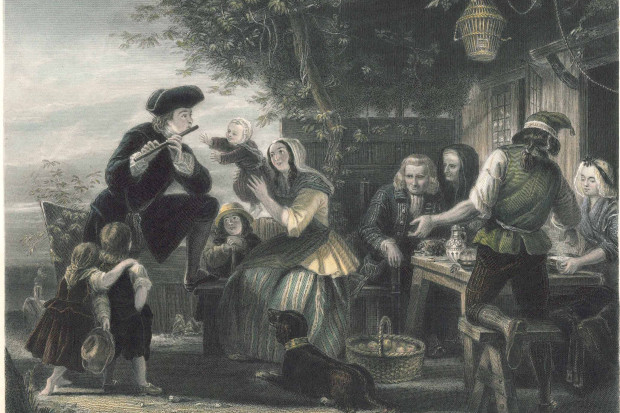