One of a select number of traditional composers whose corpus of tunes enjoys a wide currency among musicians, and a highly-respected fiddler and piano accompanist in his own right, Charlie Lennon’s new double CD showcases both of these aspects of his musical life. The first disc is an exploration of the origins of Lennon’s music, establishing the point of departure from which Lennon’s particular musical pathway progressed. Unsurprisingly, the music of North Connacht is strongly represented here, and there are standout performances of the Sligo ‘Cherish the Ladies’ (‘Pathway to the Well’), a resolute ‘Reel of Bogie’, and a stylish take on the evergreen ‘Duke of Leinster’. There are overlaps here with the music of the 78 rpm era, Lennon drawing not just from the important fiddlers of the period, but also from flute players (John McKenna), accordion players (John Kimmel) and pipers. The accompaniment is kept quite spare throughout, Lennon backing himself occasionally, and dependable stalwarts Brian McGrath and Frank Kilkelly also assist on both CDs. The recordings are clear, but the variety in the mix and sound of the fiddle over the CD is rather distracting.

If the first CD is an account of Lennon’s influences, then these are transformed on the second CD into a marvellous collection of new compositions, some of which mark milestones in both his musical and personal life. And although Lennon describes part of his writing process as suppressing his memory of all known tunes, what shines through on this recording is how this music is so thoroughly grounded in what has gone before in the tradition, and seamlessly connects with the music of the first CD which informs it. This is maybe most evident on the reels ‘Vincent Harrison’s’ and ‘David’s Dream’, where both the tune construction and Lennon’s playing tap into the essence of the Sligo fiddle style. Similarly, ‘Sailing through Loughrea’ and ‘The Mountain Dew’ are striking in their evocation of East Galway music, and themselves echo an earlier tune in this style, ‘Paddy Canny’s Toast’. Some of these tunes are not entirely brand new – ‘The Wishbone Reel’ has long been a favourite of mine – but are here recorded by Lennon for the first time. It’s a varied collection, including airs, a strathspey, two elaborate hornpipes written for Séamus Walshe which are perfectly suited to the box, and culminates in a rollicking live performance of two chunky jigs with Johnny Óg Connolly. A set then which captures both a source and its destination, and which itself is destined to become a new resource itself for future musicians.

‘Dancing sitting down in a chair’: An Interview with Quebecois folk musician Pierre-Luc Dupuis
Ahead of De Temps Antan’s Music Network tour on 1–10 May, The Journal of Music spoke to band member Pierre-Luc Dupuis about the blend of influences that make Quebecois traditional music distinctive. 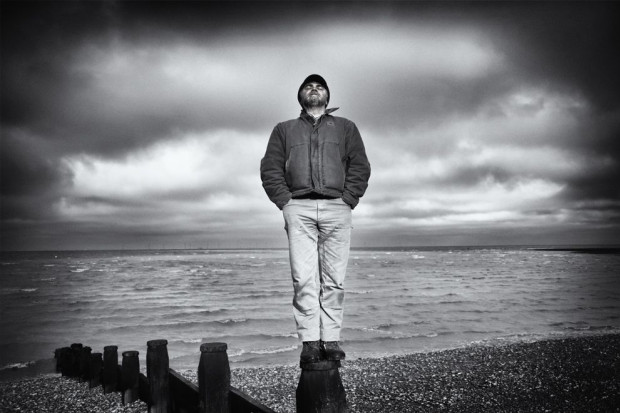 Not Icons but Jewels
Chris Wood
Currently experiencing an upsurge in the popularity of its folk music – termed ‘the second folk revival’ – English society is at the same time attempting to address the issue of national identity. Chris Wood – pioneering singer, fiddle-player and composer, who this year was nominated for four BBC Radio 2 Folk Awards, including folk singer of the year – is musically at the very heart of what is taking place in English folk music at present. Here, he provides his personal view of English society today and the untapped potential of its traditional music.
Mar 1, 2006