Claire Keville’s second CD – her first was made in the company of John Weir and Eithne Ní Dhonaile – revisits the musical locality which inspired much of that recording, namely East Galway and Clare. While this is mostly a solo affair, there are also fine duets with the infrequently-heard fiddler Liam Lewis, and with her sister Breda, whose own much-lauded exploration of East Galway music was released recently. This CD thus is a welcome addition to the increasing body of fine recordings which not only document the rich musical repertoire of this area, but have helped maintain its distinctive stylistic identity in the tangle of voices of the twenty-first-century tradition.

Arguably the 1920s recordings of the Ballinakill Traditional Dance Players were fundamental to the style’s recognition and transmission, and the first tune on the CD establishes the connection to this root, coming as it does from the repertoire of Seán Moloney, whose grandfather Stephen was one of the band’s original members. The other seminal céilí band from the region, the Aughrim Slopes, had as members (at various times) the fiddlers Paddy Kelly and Paddy Fahey, and the flute player Paddy Carty – their intricately-woven tunes form the bedrock of this set, and their approach to the music is infused into Keville’s attractive playing.

These performances have real lyricism, lilt, and subtle lift, and are the epitome of tastefulness: there are no gimmicks or empty exhibitionism here, and instead Keville is clearly confident to let her music speak for itself. The result is a recording which is remarkably consistent in its style and mood, and makes it difficult to single out particular tracks – although I, as I’m sure many musicians will be, was particularly drawn to the Fahey reels here, for their melodic sophistication. Perhaps its consistency might be perceived as a minor flaw by some, as many of the tunes explore a similar modal territory, but it also shows a real conviction and belief in the strength of this music. The backing by Geraldine Cotter (piano) and Terence O’Reilly (guitar) is entirely consonant with Keville’s approach, being subtle and understated throughout. The album also includes three harpsichord solos by Keville: sensitively and beautifully played, their starkness for me was somewhat at odds with the recording as a whole, and their exploration of a very different area of repertoire further distances them from the dance sets. So while they may not totally fit in, they don’t detract in any way from the overall high quality of this CD, a fine contribution to the East Galway and Clare canon. 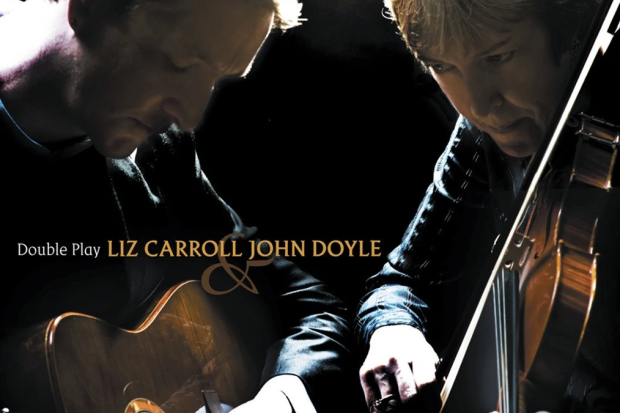