The release of Cascade is an important event, not just because of the quality of the music, which I’ll get to in a moment, but also for the circumstances of its origin and production. As Dún Laoghaire-Rathdown County Council’s Jazz Ensemble in Residence – the first such group in Ireland – Métier, comprising Paul Williamson (trumpet/flugelhorn), Michael Buckley (tenor saxophone), Justin Carroll (piano), Ronan Guilfoyle (acoustic bass guitar) and Sean Carpio (drums), is a fine example of the synergy between state support, education, international connection and innovative music that the Irish jazz scene requires to develop organically.

Having the support of the Council has allowed Métier, as artistic director Ronan Guilfoyle has said, ‘to achieve that rare thing in today’s music world: an opportunity to play, work together and grow artistically and musically’. Launched last year with a series of concerts in Cabinteely House, the group has been at the centre of an innovative project that also features school workshops and performances by visiting international artists. As well as releasing this CD, this year the quintet is playing a second concert series in Cabinteely and appearing in other locations nationally.

Carefully produced and handsomely presented, Cascade does not have a weak moment. Eschewing, for the most part, global influences, and drawing sustenance primarily from the mainstream tradition, it nevertheless offers a collection of compositions that combine powerful unison lines with subtle mood shifts and rhythmically intricate passages that always keep listeners on their toes. It is music as sharp and inquisitive as, say, Kenny Werner’s latest work, yet with a deep reserve of swing that recalls the writing of Tom Harrell.

The energy and creativity never flag. Guilfoyle is very much at the heart of the album, not just for the fluency and originality of his playing, but also for the standard of excellence he sets with his writing. The title track is remarkable for its power and coherence, opening with a complex stop-and-go passage that weaves bright lines of melody on sax and trumpet before resolving into a sequence of bravura solos by Williamson, Carroll and Buckley, behind which Guilfoyle and Carpio vary the colour and force of their support. The improvisational settings become even more discrete in ‘Skimming’, the other piece by Guilfoyle, made up of three quite different segments, each tailored to the strengths of the soloists, that nevertheless hang together wonderfully as an integral composition.

This balance of challenging writing and fierce, intelligent soloing makes this recording very rewarding. The compositional flair that Carroll and Carpio have brought to their band Togetherness is reproduced in their contributions here, and Williamson and Buckley, though perhaps more mainstream in their pieces, maintain the quality. Buckley, as we’ve come to expect, is musically up to any challenge, and his burly sound blends perfectly with Williamson’s intimate, vocalised inflections. With every band member writing and playing so well – and with the level of interchange and ensemble work so easeful and accomplished – this has to be one of the finest jazz releases of the year, in Ireland or anywhere else. 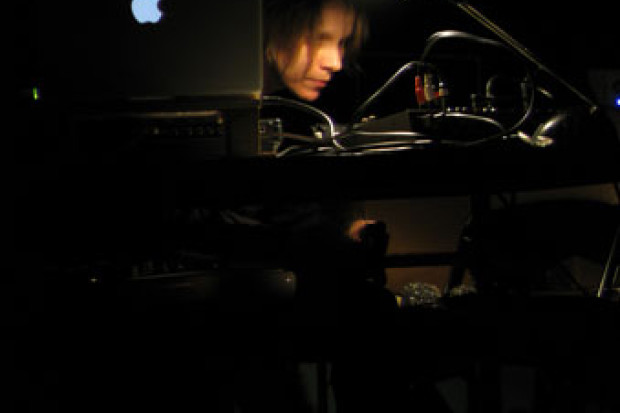