Far From the Hills of Donegal by Oisín McAuley

Far From the Hills of Donegal reviewed by Niall Keegan.

Far From the Hills of Donegal
Compass Records, 2007

There are perhaps two approaches to recording an album. The first is to get across one idea, one sound, rejecting other aspects of your performance practice in an attempt to explore and express one aspect of it as fully as possible. The other approach is to represent, on this fairly limited medium, as complete an account of one’s performance practices as possible. These are in reality two extreme approaches and most recordings end up somewhere between the two. This CD definitely lives very close to the latter, as here we have traditional and contemporary Donegal music, contemporary North-American style, European style ensemble, Scotland and various forms of Irish ensemble.

There are two potential and perhaps unavoidable pitfalls to this approach. The first is that the result can be musically schizophrenic, portraying too many competing musical personalities and not allowing the listener to fall into that comfort zone produced by the groove of a performance with some stylistic unity. This is striking from the beginning, with the startling contrast of the first track of fiery virtuosic, contemporary reels and the second, thoughtful and restrained set of flat single jigs in duet with Ronan Browne. This is certainly not a CD for comfort listening, each track presenting the listener with new challenges, asking us to re-evaluate traditional or neo-traditional performances in various contexts. Personally I love this, and can hear McAuley’s musical personality over all of it, but I could understand it not being everyone’s cup of tea.

The second pitfall is that in touching on so many approaches we are given the impression that the recording is derivative. On first listening this certainly occurred to me. For instance there are occasional flashes of Martin Hayes and Denis Cahill, of Altan’s Donegal unison fiddles, and one of the highlights of the album, the improvisations of Oisín and Peter Browne in ‘Mary’s Waltz’, which are reminiscent of the recordings of Ricardo Tesi and Patrick Valliant. However such a diverse album is bound to have many and varied influences and resonances. So much more of the recording speaks of a musician with a singular voice who has taken many aspects of contemporary traditional fiddle and ensemble performance, making his own, and more, of it. He creates his ensemble with the fiddle at the core and the main tool for development, but also extends the performance, growing out of the now overplayed use of unison fiddles. This is juxtaposed against some extremely tight ensemble playing, particularly with flute player Peter Molloy (track 11), which is accurate down to the level of ornamentation while never being uptight.

By successful negotiating these potential pitfalls, McCauley illustrates not just how virtuosic he is, but also the depths of his musicianship. In short I love this album. Sure, there a couple of sloppy moments during longer moments of intense virtuosity, but this just adds to the breathtaking joy of the recording where risks are obviously being taken. The tone of the fiddle is wonderfully reedy, consistent with the older sounds of south-west Donegal. Indeed, there is a lot of Donegal on this recording as is claimed on the press release (which, by the way, is a lesson in not letting publicists release information about you until you’ve read it – they’re tunes, not songs, and isn’t Carrick County where the Dukes of Hazzard are from?), but there’s a lot more of a musician successfully negotiating tradition and contemporary performance practice with startling success. 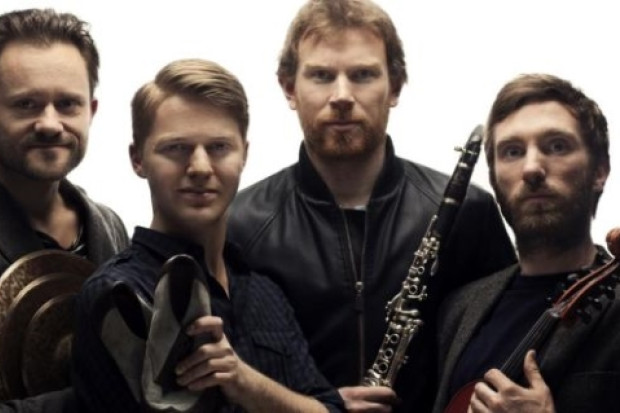