This fine collection, the second collaboration between Peter Horan and Gerry Harrington, is full of high-spirited music making from musicians who, as the title says, clearly have a passion for playing. And if the photos of the musicians look quite stagey, playing in the rather incongruous location of a lakeside field – as opposed to the recording studio, or the pub – the music is totally honest and satisfying. This plainness of delivery is accentuated by the lack of any accompanying harmonic instruments – the CD is one of a number in the past few years to break from the inevitable harmonic accompaniment, thereby allowing a concentration on the melodic instruments – but whether this is a movement that will gather pace is too soon to say. The tunes are drawn mostly from North Connacht, starting off with an unusual regional variation on ‘The Bucks of Oranmore’, and the evergreen favourite ‘Fred Finn’s’, named after Horan’s renowned former duet partner. The lift and bounce from both players really emphasises that this is primarily dance music, something perfectly illustrated by the jig ‘The Idle Road’. Away from Sligo, Harrington includes a tender air with Munster sources, and there are newer tunes by Seán Ryan and John Joe Gordon.

The star of this recording is undoubtedly Peter Horan, and Gregory Daly’s generous and warm introduction makes the point that it is an outstanding achievement for Peter Horan to have recorded unaccompanied solos at the age of 81. More than that though, the playing on these tracks is tremendously strong and authoritative as well; the Sligo classic, ‘The Flowers of Red Hill’, is played with great cut and thrust, and is combined with a fantastically rhythmic rolling style, even more evident on Horan’s version of ‘The Ivy Leaf’ (‘The New Steamboat’). In contrast, the impish, detached style of ‘The High Level’ is reminiscent of classic 1920s flute and whistle recordings by such players as John Sheridan, Tom Morrison, and the musicians with groups such as Dan Sullivan’s Shamrock Band. It’s refreshing to hear tunes like ‘The Killavil Waltz’, as they’re rarely encountered in the usual contexts, and the gap in Gerry Harrington’s otherwise encyclopaedic tune references suggests that this is a particularly uncommon tune. These notes are a great resource, although they could have been lightened in places by a more personal approach; the notes to ‘The Coolin’, for instance, mention Bunting, Joyce, Petrie, as well as the less reliable W.S. Grattan Flood, but don’t connect any of this information to Horan’s version, nor say anything about his source for the tune. In any case, it has maintained its popularity for a long time, and while some might think it a bit twee and hackneyed today, Horan’s treatment of it manages to avoid such pitfalls. He revels in its trills, and the sprightly opening of the second half – and it’s this freshness and vitality which makes this CD such a treasure. 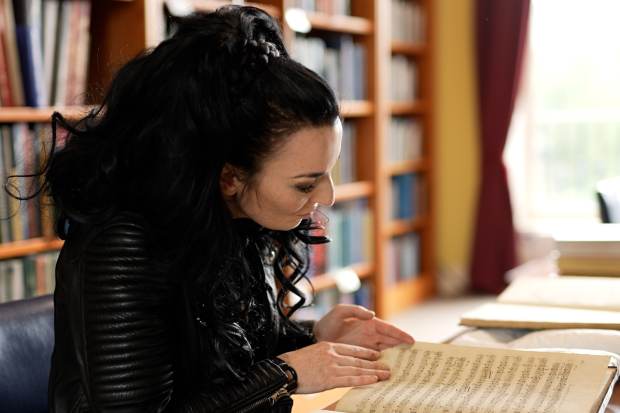 The Little Ponies that Beat the Mare: Thomas Moore and his Irish Melodies
Una Hunt
A range of commemorative events will mark the two hundreth anniversary of the publication of Thomas Moore’s Irish Melodies. Una Hunt looks at his life and work and Moore’s legacy today.
Jan 1, 2008