How does a 95-year-old International Society for Contemporary Music shake up its programming? Anna Murray attended the ISCM World New Music Days festival in Vancouver and heard how new ideas can take effect.

What is our musical culture, and how do we celebrate what makes each country unique by only showcasing what makes us the same?

This was a question that the recent hosts of the International Society for Contemporary Music have been attempting to tackle, as they put together a festival with works from its 50+ member organisations (such as the Association of Irish Composers). The hosts of the 2017 World New Music Days festival in November in Vancouver did so head on: from its international call for works to panel discussions and the programme itself, the festival confronted us with questions of culture, diversity and dominance. Each event was prefaced with the following speech, also printed on the front page of programmes, and posted on notices in all the venues:

ISCM World New Music Days 2017 gratefully acknowledges that this event takes place on the unceded territory of the Coast Salish peoples, including the territories of the xʷməθkʷəy̓əm (Musqueam), Skwxwú7mesh (Squamish), and səl̓ilwətaɁɬ (Tseil-Waututh) Nations.

It refers to the three First Nations indigenous peoples of British Columbia, displaced from the lands that are now Vancouver – lands which were taken, and were ‘never ceded through treaty, war or surrender’.

Diversity in all its forms
This powerful statement seemed to go hand-in-hand with another from the festival organisers, Music on Main and ISCM Canada: ‘Diversity in all its forms (race, culture, gender identity, sexual orientation, religion, language, physical ability, and age) will be a guiding factor.’ A hand was outstretched, and was accepted: the festival only just missed its goal of 50% representation of women, and featured a range of voices as well as a wealth of musical backgrounds. The most memorable works and performances of this seven-day festival were those which were responses to this invitation.

The opening night might not have been the most musically inventive, but it was a strong beginning: an extravagant multidisciplinary performance by the Vancouver Symphony featuring multi-wall video projection, electronics and movement, with pieces by Zosha Di Castri, Jocelyn Morlock, Nicole Lizée and John Estacio, telling the stories of four Canadian women, Alice Munro, Amanda Todd, Rita Joe and Roberta Bondar.

The concert with Driftwood Percussion opened with a stunning work by Danish composer Niels Lyhne Løkkegaard, SOUND X SOUND – MUSIC FOR 10 HI-HATS, during which the players, standing in a row in front of one hi-hat each, played a continuous tremolo while gradually changing from closed to open, resulting in waves of changing timbres running up and down the group. Closing it was Mariah Mennie’s Music of the Spheres, for a tableful of textured glasses, bowls and containers, into which the players dropped, rolled and spun marbles. The glass resonating, the marbles spinning and the players moving around the space created a surprising depth in a kind of clinking harmony.

Heated improvisations
The concert with NOW Society Ensemble, directed by Lisa Cay Millar – which featured Irish composer Ryan Molloy’s Between the Tunes – was a performance of free improvisation with open, graphic and alternative scores, including board games, video scores and card games, projected above the players’ heads. Molloy’s work incorporated elements of Irish traditional music, dissolved in a heated improvisation but heard in the tiniest fragments of a turn here, or jig rhythm there, and in the substituting of a more performative type of collective music-making for the community-driven approach of a local session. In Henri Augusto’s Curiosidade, the onscreen graphics (and therefore the performers’ playing) were controlled by audience members using an on-stage keyboard which anyone could approach and experiment with.

Noon the next day and the festival is already into its second concert of the day: Red Chamber, an ensemble that combines Western instruments (violin, viola, cello) with Chinese ones (sheng, pipa, guzheng), reflecting Vancouver’s own Chinese community. The combination was not so much a blending as a mosaic – each instrument weaved around the others, the contrasts between them, such as the long sustain of the Western instruments and the percussion of the Chinese, upturning our expectations of the roles of each. Three of the works played with these relationships, with the two most sonically interesting also seeking to reflect something visual – Hong Kong street parades in the case of Luke Wai Chun Vincent’s Fire Dragon Dance, or the swastika patterns associated with Buddhism in Luiz Henrique Yudo’s Chinese Wall Paper. Alongside these contemporary pieces was an arrangement of a traditional Chinese work, Peng Baban, by the ensemble’s director, Mei Han, which helped situate the audience in this music, balancing the old and the new.

The final concert of the festival was a marathon of works for solo piano, divided into three sections and featuring four performers. A very long concert (with two intervals) was made worth the long sit by featuring some of the most interesting works of the week: David Brynjar Franzon’s dark The Cartography of Time, exploring at extreme length (26 mins) just three ideas and the relationships between them across time, a kind of true minimalism moving with the speed and mass of tectonic plates; Maja Palser’s a cry, a lament so quiet as to almost get lost in the large hall, and all the more remarkable for that; and, in contrast, Remy Siu’s aggressive and industrial multimedia work Foxconn Frequency (no. 2) for one visibly Chinese performer, which used strobe lights, video projection, and a live video-game-like process in which the performer was constantly tested and brought to breaking point by the piece’s own frustrating unbeatable systems.

Question Notions
However, by far the standout performance in the festival was a concert of two composer-performers called Question Notions, opening with Leo Correia de Verdier, ‘one of the world’s foremost sewing machine players’. Even de Verdier’s sewing machine model, a Brother LS-2125, is listed as a violinist might their Stradivarius, though this shouldn’t be dismissed as gimmickry. De Verdier is serious, deliberate, diffident, as is her music – she performs Stygn (Stitches) on an amplified machine, creating an ambient and hypnotic soundworld underpinned by the rhythms of the machine.

Following this was Gabriel Dharmoo’s award-winning Anthropologies Imaginaire, an extended vocal performance piece. Framed as a series of explorations into vocal habits of fictitious indigenous peoples, it was narrated by similarly fictitious anthropologists in an accompanying video. The questions of the festival were made manifest in this work; simultaneously riotously funny, with Dharmoo contorting and twisting to produce sounds that varied from underwater burbling (using a basin) or retching to the ‘most democratic’ of all communal music-making, the 12-tone row; and interrogative, forcing us as we laugh to consider our own imperialist assumptions while we see them so well-parodied on the screen above. Dharmoo reflected the diversity of musical life in unappreciated cultures across the world by placing distorted elements of them as curiosities in the cabinet of this concert venue, to be examined, reduced to caricatures and eventually either destroyed or appropriated by both the sneering well-meaning ‘anthropologists’ on-screen, and the audience itself.

Anna Murray attended the ISCM World New Music Days and General Assembly as the Irish Section First Delegate, on behalf of the Association of Irish Composers. Her attendance at the festival was supported by Culture Ireland. 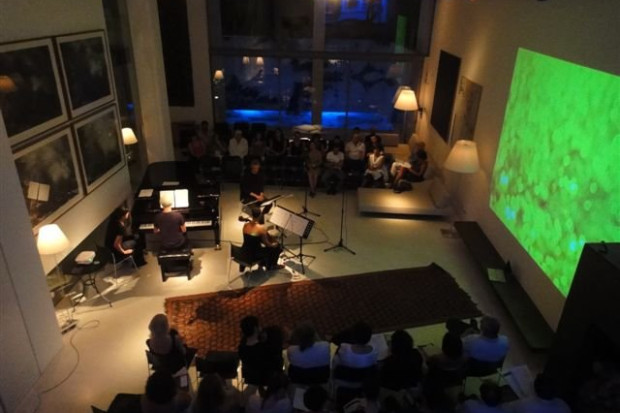 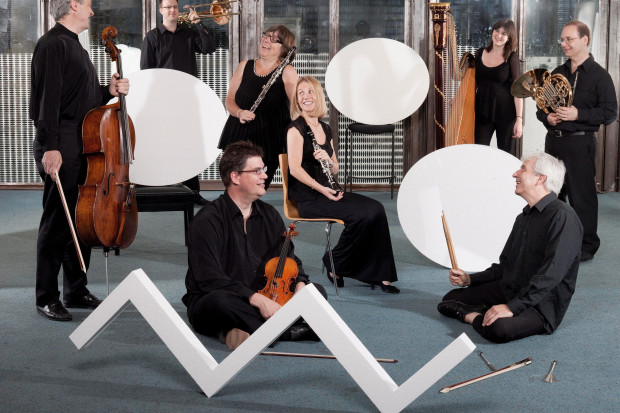