Last Friday (17 May), Robocobra Quartet and Meltybrains? played a double headliner at Belfast’s Black Box. Presented by Moving on Music, this was an evening that paired two of the island’s most original genre-bending acts. Based in Belfast, Robocobra Quartet have released two albums to date, 2016’s Music for All Occasions and last year’s jazz/punk follow up Plays Hard to Get. 2018 saw Dublin experimental act Meltybrains? release an array of singles, ranging from the metal leaning ‘Horizon’ to the contemplative ‘Sensitivity’. Known for their theatrical live productions, last year also saw them play their most ambitious show to date at the Abbey Theatre in Dublin. I arrived at the Black Box intrigued at the prospect of witnessing their performance at a smaller scale.

‘Everything is old news’
Robocobra Quartet are first to the stage, their constantly changing line-up contributing to the improvisational nature of their music. The quartet on the night consisted of bass, soprano sax, tenor sax, electronics, and Chris Ryan taking the helm as the band’s vocalist and drummer. With arrangements that range in style from post-punk to contemporary classical, the band perform an intense and unpredictable set made up of jazz, noise rock and spoken word. The second song ‘You’ll Wade’ is the perfect example of the multifarious scope of their music, shifting from its bass- and woodwind-laden beginnings to an ambient second half during which Ryan repeatedly declares that ‘everything is old news’.

Spoken word is central to the music of Robocobra Quartet and, even in a live capacity, many of the songs’ greatest strengths lie in the lyrics. Ryan delivers the existential musings dynamically through barely spoken whispers and raucous yelps. Meanings are manifold, and in ‘Correct’ he states that ‘you’ve got the look of someone who’s got the world figured out’ before proceeding to destroy this notion in later songs.

Despite the modern-day cynicism of some of the themes, this is a band that clearly takes joy in the music they create. Ryan engages with the crowd between songs, talking animatedly before visibly throwing himself into every element of his performance, moving away from audience banter and adopting a persona that sees him express a range of emotions. Songs such as ‘Short Stretch Of The Day’ and ‘Bar 37 Will Shock You!’ go on to explore elements of the human psyche from the everyday to the extreme, detailing daily routines that are marred with the uncertainties and anxieties that pervade modern existence: ‘Our normal is a world of unrest; long since untouchable West.’ The latter closes the set, pulsing rhythm and snippets of melody creating a tension that is released in an explosive wall of sound, guttural howls and repetitive saxophone squeals. Their live performance is an affecting and memorable one, and I find myself reflecting on the poetry of the songs long after the show has ended.

Kaleidoscope of electronics
Meltybrains? followed, a band whose individual songs could be described as avant-garde, art house or experimental, but who provide an overall live experience that is more than the sum of its parts. They appear on stage clad in white and brandishing paint-splattered masks, the hazy, ambient opening of first song ‘Sleeping Over’ quickly building into a kaleidoscope of electronics and distorted autotuned vocals. The five classically trained musicians move with ease through songs such as ‘Horizon’, which combines gritty bass lines and heavy drums, and ‘IV’, which utilises piercing strings and twinkling synths to build slowly. As this huge cascade of sound washes over the audience, a band member gradually draws some of the rather tentative audience out of their seats and up in front of the stage. This is a welcome move and the energy of the room lifts. Masks are handed out to the crowd and inhibitions are lowered. It feels as though this is how Meltybrains? are best experienced, for this is music to move to – the motion of the body allowing for the full sensory overload that these psychedelic soundscapes have the power to evoke.

A personal highlight from the set was ‘Fracture’, a song that examines what the band themselves describe as ‘the juxtaposition between pain and euphoria’. The first half of the music constructs an atmosphere of tension and unease, the sonic space filled with glassy synth and string sounds before transitioning into a memorable chorus. This is a song that perfectly accentuates the band’s ability to create a dark, sprawling piece of music infused with accessible hooks and moments of melodic pop.

‘Donegal’ underscores the opposing forces the group meld together; its minimal, sparse beginnings gain momentum as repetitive, reverb-laced vocals and Micheál Quinn’s textured percussion wash over the audience. This is a collective who know how to navigate space and silence within their songs, creating a hallucinogenic atmosphere through which light spills and shuffling rhythms build, shatter and re-emerge. Combined with operatic, classical elements, the clever juxtaposition of sound and silence gives the music a sci-fi, space-like quality. As final song ‘Oh Earth’ crashes and fades to a close, I feel as though I’ve witnessed the performance of a futuristic orchestra in hyperdrive, an evening of fearless experimentation by two of the most imaginative live acts around. 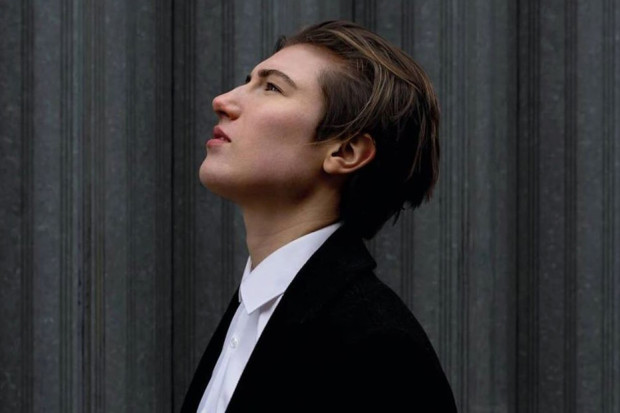