The Gift of Music

This is the second solo album from Yvonne Casey, a fiddler from Corofin, County Clare. A former member of the Céilí Bandits, she maintains a strong presence within traditional music circles in the county, both as a performer and as a teacher. Much of the playing on her new CD draws on the soundworld that has become identified as part of the Clare, East-Clare and East-Galway fiddle style, an association which is underlined in the eloquent sleeve notes that were contributed by Martin Hayes and the late Tommy Peoples.

However, this is a personal and affectionate response to this musical heritage, which draws subtle emotions and colours from the music, savouring the contours of the melodies themselves.

Casey’s own compositions contribute strongly to this sense of a local Clare musical identity: one hears it in the characteristic flattened seventh at the end of ‘The Fairy Ring’, the minor melancholy of the reel ‘After Midnight’, and in the starkness of the slip jig ‘The Gift of Music’. The new tunes really stand out on the album, both for their inherent quality, and for the nuance of Casey’s performance of them.

Robust dimension
As well as her own tunes, there are many other recent compositions here, some more familiar like John Dwyer’s ‘Caha Mountain’, Charlie Lennon’s ‘The Road to Cashel’, and Finbarr Dwyer’s ‘Ahearne’s Egg’, and some less well-known: particular highlights include the reel written for Casey by the great Tommy Peoples, with its sudden jumps in register and sweeping phrases, and Joe Carey’s jig ‘An Siocán Sneachta’.

On this tune and others, Casey is joined by the Donegal accordion player Dermot Byrne, and these vibrant duets allow Casey to bring out a more robust dimension of her playing style.

Delicate counterpoint
Another guest is bouzouki player Eoin O’Neill, who provides perfectly judged backing on many of the tracks. These often mix minimal textures with delicate counterpoint, as on Peoples’ ‘Tune for Yvonne Casey’, where he draws melodic motifs from the tune in order to place these against other contrasting phrases. Strikingly the accompaniment sometimes completely drops out at the change between tunes (as between ‘Farewell to Cailroe’ and ‘The Road to Cashel’), allowing the melody to come to the fore.

There is also some equally understated playing by bass player Jon O’Connell, particularly on Casey’s composition ‘Bluebells in the Glen’, where the bass and bouzouki seem to value space as much as the notes themselves.

Throughout the CD, Casey has crafted a very individual and developed style, and it shows real confidence to be able to dispense with all accompaniment, and play with such a deep expressiveness of tone. Notably she does this on three of the tracks featuring her own compositions, ‘Kieran’s Jig’, ‘Eanna’s Dance’, and ‘Wood Road/After Midnight’. This ability to bring such colour and shade to unornamented long notes is one of the hallmarks of her style. Croí is a stylish and engaging recording, communicating a distinctive voice in both performance and new compositions. 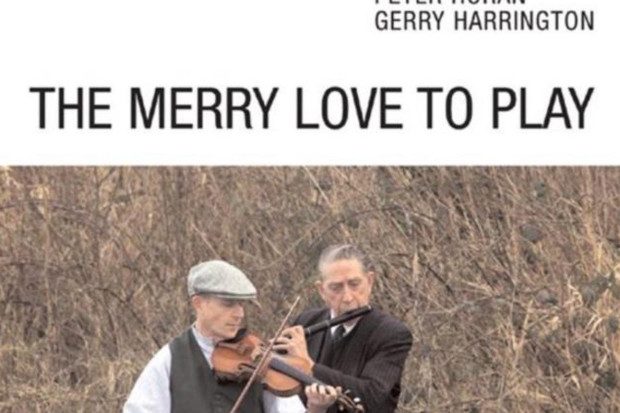