The night of February 1st was, I believe, the first time I have had the back of my hand stamped on the way into a concert featuring a string ensemble. But Kaleidoscope’s Spring Gala event, which took place that night in the Sugar Club, was far from a conventional concert. The Kaleidoscope group, which organises performances on the first Wednesday of each month in the BelloBar, Portobello, delights in diverse programming – recent concerts have seen Chinese traditional music alongside works by Ian Wilson and Max Reger, and Schubert giving way to bluegrass. The gala event, which allowed for a larger sound and a larger audience (and got both), featured works by Irish composers Simon O’Connor and John McLachlan, the Argentine tango master Astor Piazzolla, and a selection of cool jazz works performed by the newly formed Conor Guilfoyle Octet.

Postminimalist
The programme began with the first four songs from Simon O’Connor’s cycle Left Behind: Songs of the 1916 Widows. O’Connor’s style is a blend of postminimalist classical and sophisticated pop, resembling in execution the introspective calm found on Kate Bush’s album, Aerial.

The songs were performed by Michelle O’Rourke, accompanied by O’Connor on piano and the oddly comprised Robinson Panoramic String Quartet (violin, viola, cello, and double bass – a make-up that lent a darker, more sombre colour to the quartet’s sound than the two-violin standard). The string writing sometimes felt a little too pianistic, as if it had been composed after the fact (and much of it is absent from the album release of the cycle), though the last song, ‘Your Face Through Time’, had a lovely repeated phrase fading to nothing on the cello. This is Real
Despite their unusual make-up, the Robinson Quartet has 25 original compositions to their credit in their five-year history. John McLachlan’s piece, This Is Real, which followed, was originally scored for the Robinson Quartet with chamber orchestra and electronics, though this occasion saw only the Robinsons on stage, with the other two parts filled by the electronic track.

This Is Real was an altogether spikier, more modernist work than O’Connor’s. It opened with the sound of recorded conversation, blending in and out with Lutosławskian pizzicato clusters in the orchestral part. Gestures from the quartet and orchestra moved between concord and conflict, both with each other and with the recording. At its best, the work offered surprising and delightful meshes of sound – birdsong with pizzicato strings, or rain with a steady double-bass pulse.

Firestorm
The first of two intermissions allowed the Kaleidoscope String Orchestra to take the stage for Piazzolla’s Four Seasons of Buenos Aires. Piazzolla originally wrote these blistering tangos separately; the version performed by Kaleidoscope was reworked by the Russian composer Leonid Desyatnikov with puckish references to Vivaldi’s Four Seasons – best of all, two violins meekly reprising the famous ‘Spring’ theme like a couple of cartoon critters returning to their forest home after a wildfire.

The performance too was a firestorm. The ensemble played with breathtaking co-ordination, like a group that has worked together for years (they seem to have been founded for this event). Katherine Hunka, as soloist and leader, demonstrated the showmanship, precision and relentlessness required of the music.

Pell, Davis and more
Last for the night was Conor Guilfoyle’s recently-formed octet. Guilfoyle led on drums with six graduates of his Newpark Music School jazz course and one ‘interloper’ (Guilfoyle’s word) on alto, tenor, and baritone saxophone, trumpet, trombone, keyboard, and bass. They performed a series of jazz tunes by Dave Pell, Miles Davis, and others, along with a couple of arrangements by members of the group. The ensemble playing was well-balanced and tight, while the solos in the eight tunes highlighted the band members’ strengths. Two refrains amongst classical music listeners are that contemporary music is difficult to programme alongside more traditional works because of the stark difference in style, and that alternative concert venues provide suboptimal listening experiences, and potentially noisy audiences. Smorgasbord concerts like this epitomise the nonsense of these arguments. Four more variegated works would be hard to find, but the audience – as full as I have seen the Sugar Club – was rapt.

No: adventurous programming and alternative venues need not be a hindrance or cause for caution. An eager audience and interesting music feed each other. 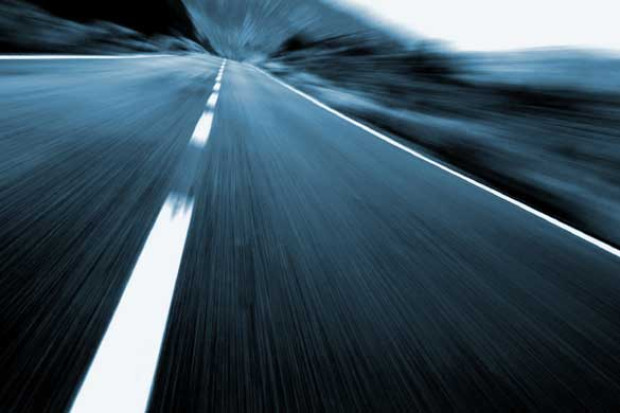 Highway of the New
John McLachlan
Now that we no longer have a common practice in music, novelty moves in different directions and at different speeds, all depending on the context.
Feb 1, 2011