Live Reviews: Bang on a Can All Stars

The name of this group may be ironically self-deprecating or else pure NY chutzpah, but they live up to it in their extreme individual virtuosity and rhythmic ensemble. Despite that, there were times when they pulled in different directions in terms of nuance and timbre.

For their Irish debut they made sure to programme four or five composers that are reasonably well known to contemporary music fans, and anyone who has attended Crash Ensemble concerts will know the rest, but with a jazz/world music venue and promoter that might not matter much. In any case a large crowd attended. This group combines contemporary repertoire with a rock/jazz presentation and (sometimes) sound. So, all six instruments are amplified strongly, there is not a tuxedo in sight, there are (mercifully brief and intelligent) spoken introductions to the pieces, and they have a break at 10pm (when classical concerts are finishing).

The whole show seems predicated on the idea that contemporary composers and performers can now stop pretending that they are able to shut out the dominant musical culture. So while playing some pretty heavy ‘new music’ they also refer us to the influence that the golden age of rock (60s/70s) had on them. Hmmm.

While blowing a lot of cobwebs off concert music practices is long overdue, the use of amplification often strongly worsens the timbre of clarinet or cello. Here the tactic seemed to be to embrace this by making the cello and double bass (in particular) much more piercing and cold in timbre than is usual.

Following on from the references to the wider culture of rock or jazz was a latent acknowledgement that most people hear music first, and primarily, through CDs. This fact was reflected in the programming with two transcriptions of music that existed first on recordings but not in score, Nancarrow and Eno. In addition to that, the Pat Metheny-inspired Electric Counterpoint has (up to) twelve pre-recorded guitars playing with one live soloist, and the Michael Gordon piece is based on a passage transcribed from the Beatles single ‘Strawberry Fields Forever’.

This first piece was a take on the sick search for evidence of Paul McCartney’s alleged death in the late 60s. As the composer writes: ‘when the record came out people in America went crazy trying to find clues that Paul was really dead. DJs played Beatles records backwards on the radio, and as a result some very strange music – and a lot of noise – got broadcast. This piece is about that noise.’ It was indeed very close to its source: the psychedelic return-after-fadeout where tapes play backwards at various speeds. It was notable for its economy, as this basic material was stretched or squashed in register, tempo and amplitude to create a lengthy piece. It struck me as gritty post-minimalism with humour. It showed that you can borrow from a mass-consumed commodity totally audibly and still produce completely unambiguously ‘new music’.

Four transcriptions from Nancarrow’s ‘Studies for Player Piano’ followed. For anyone familiar with the originals this was an unsettling but ultimately rewarding business. Firstly they picked carefully from this huge oeuvre in order to bring out three that very clearly exemplify links to early jazz. Then they elaborated the material with strong percussion layers. The extremely mechanistic sound that Nancarrow originally used was reflected in the playing style of the electric guitarist, cello and bass, but much less so by the jazzier clarinet and piano. This created an uncomfortable feel; I felt they should all agree to go one way or the other, although they probably do this entirely deliberately, to create a musical cyborg. The balance from the sound desk was definitely questionable here, as important quasi-fugal entries were undermined by low volume. The third and fourth of the set were the more effective and Nancarrowesque. Of course the original reason the composer chose machines was to enjoy the freedom of writing the unplayable, so hats off to anyone who can do what this group does.

Julia Wolfe is, with Michael Gordon, one of this group’s in-house composers. Here is her programme note: ‘“Big, Beautiful, Dark and Scary.”’ This is how life feels right now.’ Before it began I found it extremely hard to get past the yucky sentiment, and also not to wonder would it really be any of these things. It turned out to be another essay in gritty post-minimalism, scratchier in timbre than the Gordon. One rather skinny idea involving a lot of dry string tremolo and drum rolling was stretched out for a long time. I felt that just maybe the acoustic and the sound engineering were working against what this piece might otherwise do: shine more on the surface. It shared with the Gordon piece a dogged single-mindedness. In the climaxes it definitely rose to Big and Dark areas, and (again in other acoustic conditions) could have created more colourful psycho-acoustic illusions than it did.

Streetwalker was a new journey into Dennehy’s world of ‘urban energy’ as he puts it. Rather like his recent Glamour Sleeper heard at the Up North! festival, a deliberately cheap and joyful (his words) surface works alongside subtler organising forces that ultimately justify everything. Here was a superior example of single-mindedness: a simple thread for the listener to follow without any longeurs. Occasionally a very crude jolt would take place; then the means it was effected by would reappear as vibrant developmental elements. There were moments when one drifted into almost Mingus-like textures – this piece was pitched perfectly at these players. It deserves to burrow into their regular repertoire.

Electric Counterpoint is a jazz/rock-inspired work cleverly placing one live player in a hall of aural mirrors. Mark Stewart (electric guitar) introduced this piece (the rest being introduced by Evan Ziporyn, the clarinettist); wittily he mentioned early misgivings that it was a sort of karaoke exercise. Amazingly this comment came back to haunt him: two and a half minutes to the end the CD got stuck. The heavenly rapture of the piece was ripped down and replaced by squalor. Wonderful!

Music for Airports essentially defined Ambient music. Originally created as analogue electronic music, it has been painstakingly realised for live instruments by the BOAC composers. The argument that a music could exist beyond both muzak and concert music was well made here. It was beautiful and simple, and although they only played about a quarter of the original piece, it would seem much too long if you don’t first remember to turn off your mind and float downstream. This was brilliantly placed in the programme, the first half of the concert had been intensely energetic, the Reich calmed things, and then this massaged off any remaining tension. Perfect preparation for receiving the Tan Dun Concerto for Six.

The Concerto was written for the BOAC All Stars and they have obviously perfected it through many performances, it was stunning. The punch and attack in the piece was thrilling, and the tension never flagged despite the fact that the players occasionally have to stop playing and shout out numbers in Mandarin. The piece is well structured, with five cadenzas: one each for clarinet, cello, guitar and bass, and one shared by percussion and piano. These are improvised, with music-free indications such as ‘cadenza: c. 35 seconds’. Therefore the seamlessness of their performance was a testament to the players’ involved understanding and musicality.

After huge applause the group returned and played for an encore a lighter, jazzy piece by Brazilian Hermeto Pascoal called Arapua (but here announced in English as ‘Bumblebees’). This was fairly simple stuff to listen to (though not to play) after Tan Dun, and though it was mostly energetic, the strengths were in the calmer moments. The best light show of the evening was saved for this item, strengthening the group’s grip on the rock aesthetic. 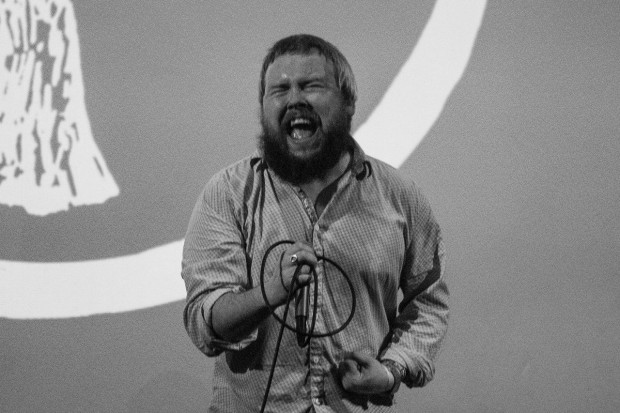 The End (and the Beginning) of the Experimental Music Festival
Toner Quinn
Far from 'anything goes', programming a festival of experimental music may be the most difficult type of all. With a new artistic director, the Borealis festival in Bergen, Norway, seized the challenge, writes Toner Quinn.
Apr 29, 2015 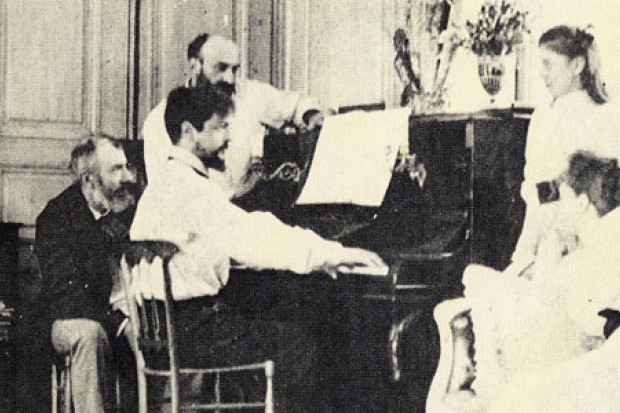