There’s a 1982 interview between John Cage and the then young Belgian composer Wim Mertens on UbuWeb. The soft-voiced Cage talks of a Glenn Branca performance the night before:

‘I didn’t really enjoy it. It wasn’t that it’s so loud, but I felt negatively about what seemed to me to be the implications. I wouldn’t like to live in a society like that in which someone require other people to do such an intense thing together. [It’s] an example of sheer determination of one person to be followed by the others … [it’s] not a shepherd taking care of the sheep but a leader insisting that people agree with him … The only breath of fresh air that comes is when the technology collapses: an amplifier broke.’

I was reminded of this standing in a tent in Kilmainham with 4,999 others. Kraftwerk are exhilarating live, and there is nothing quite like hearing their analogue, single-malt sound at that decibel level, but the experience is also unsettling.

Four silhouettes fall on a giant curtain. It’s a tease, making full use of an enigmic aura that has taken the group decades – and countless refused interviews – to create and sustain. ‘Machine, machine, machine’ declaims a vocoded voice. Enter the keenly placed treble riff of ‘Man Machine’, followed by it’s stop-start bass counterpoint.

The curtains open to reveal four men in identically tailored leather suits. They stand at lecterns, equally spaced, almost motionless, to each a computer screen. Since 2002, Kraftwerk have used computers and sequencing software for their performances, which has obvious logistical advantages, but visible manipulation of instruments also adds to the great secret of what and who they are. (In fact, for this tour, founding member Florian Schneider was mysteriously absent, replaced by the groups video technician, Stefan Pfaffe.) Behind them, large-scale projections display words and shapes in time with the music.

Such musical construction, using simple, well-defined layers, is the classic Kraftwerk formula. Their music is economical, disciplined, simple, elegant, restrained, it embodies and reflects modern technology. It’s a seductive aesthetic, but oppressive and totalitarian too. Technology equals power, and Kraftwerk have that harnessed.

For ‘Robots’, the group are replaced on stage by actual, dancing robots. A kind of triumph of machine over human? Not quite: a faulty curtain mechanism on this occasion reduced the set to pantomime, causing Kraftwerk to break character, the spell momentarily broken.

‘The only breath of fresh air that comes is when the technology collapses.’ 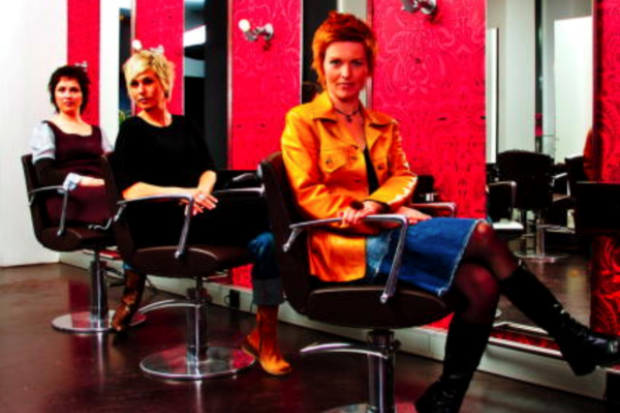