Amy Conneely as the Sorceress in Purcell’s ‘Dido and Aeneas’ (photo: Sean O’Riordan)

Women’s stories, and women’s loss, were at the centre of opera productions from both TU Dublin Conservatoire (formerly DIT Conservatoire of Music and Drama) and the Royal Irish Academy of Music last week. Between them, the schools mounted three operas, with TUD presenting a baroque double-bill – Monteverdi’s Il Combattimento di Tancredi e Clorinda and Purcell’s Dido and Aeneas – in Smock Alley Theatre on Friday and Saturday, and the RIAM’s production throughout the week of Stephen McNeff’s Banished.

The rarely performed Il Combattimento di Tancredi e Clorinda is not quite an opera. A narrator describes the events, while Tancredi and Clorinda, a pair of lovers who meet as members of opposing armies during the first crusade, sing their dialogue and act their parts. This effective English translation by Stephen Wallace, who conducted the performances, split the three parts between seven performers, with Oisín Ó Dálaigh, Sarah Kilcoyne and Rheanne Breen sharing the narrator’s voice, while Clorinda and Tancredi’s parts were split between singing (Naho Koizumi and Ciaran Crangle) and fighting (Letizia Delmastro and Ross Fitzpatrick).

Of the narrators, Breen stood out, balancing a warm tone with clear diction and expression, while the highlight was Clorinda’s last words, sung with a sorrowful, bell-like clarity by Koizumi. 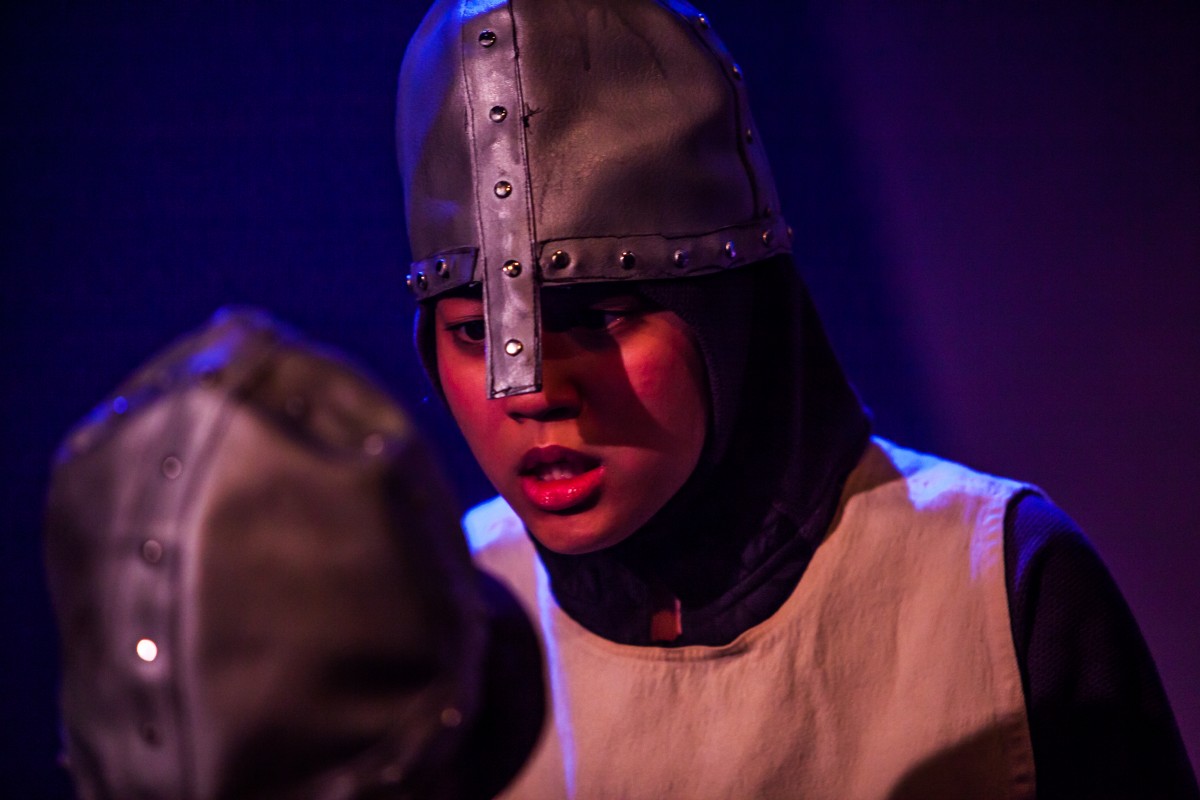 Defiance and sorrow
After a short interval, Purcell’s not-at-all-rarely-performed Dido and Aeneas. It’s worth remembering how odd the structure of this opera really is, and how the male lead is very nearly surplus to proceedings. He swears he will defy Fate itself for Dido, until a Spirit tells him to leave her; then he frets only over how to break the news. When it goes badly, he decides he’ll stay after all, and, when she tells him to bugger off, he does so, not to be seen again. (In other words, he has about as much agency as many female characters in opera.) In the role, Connor Campbell played up this aspect; though he sang as a hero, he acted a mixture of conceited and gormless.

The opera could easily be called just Dido. Susie Gibbons played the lead excellently, using the full width of the stage and clearly expressing her conflict between duty and love. But with this role, as with the work, it all comes down to the last aria, the famous lament. The song is performed so frequently that it’s almost impossible to do anything new with it, but Gibbons still sang it with the clarity and sorrow and vulnerability it needs. 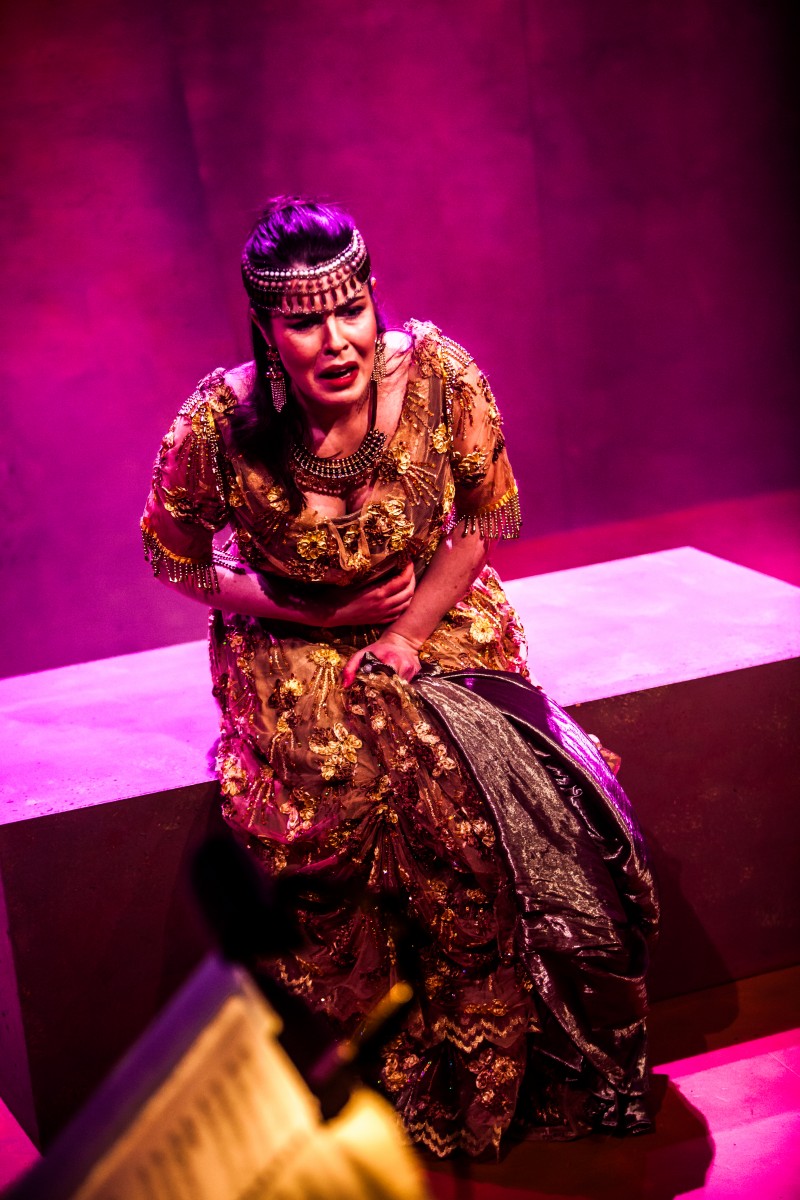 The rest of the cast seemed to enjoy themselves, Amy Conneely playing the Sorceress with uncomplicated malice, and Laura Joy Copeland’s Belinda expressing genuine heartbreak in the final scenes. There were some entertaining character moments too, especially in the Sorceress’ domain, the chorus rolling their eyes at having to sing a repeat, and Oisín Ó Dálaigh’s Spirit sneaking a second drink during a toast.

A story to tell
At Kilmainham Gaol, a very different, and much more elaborate, performance took place by students of the RIAM. Stephen McNeff’s Banished, which had a well-received run in London in 2016, tells of a group of women (drawn from historical documents) on a transportation ship to Australia. The venue was a perfect fit visually – and historically, as Kilmainham Gaol had been where prisoners were kept before transportation in the nineteenth century. The imprisoned women, below decks, were surrounded on three sides by the audience and on the fourth by the orchestra, with the male crew mostly inhabiting the boardwalks overhead. Regrettably, the high ceiling and stone walls meant that, acoustically, it didn’t suit as well, as much of the vocal lines were hard to distinguish.

The opera is an ensemble piece, the lead women emerging organically from the group, in some cases quite late into the performance. The effect was disorienting at first, but was, I expect, the point: every woman on board had a story to tell, even if only a few could be told. Three main narratives come to the fore: the conflict between Winnie, who is appointed matron of the group, and Nance, who has no time for Winnie’s authority; a love story between Tommy, a boy new to the crew, and Sarah; and nurse-like Madge’s care for the increasingly deranged Pitty. All the while, the remaining crew exploit the women and try to find ways to turn as much a profit as possible on the voyage. (‘The transport service is getting us on the cheap’, complains the Captain.) 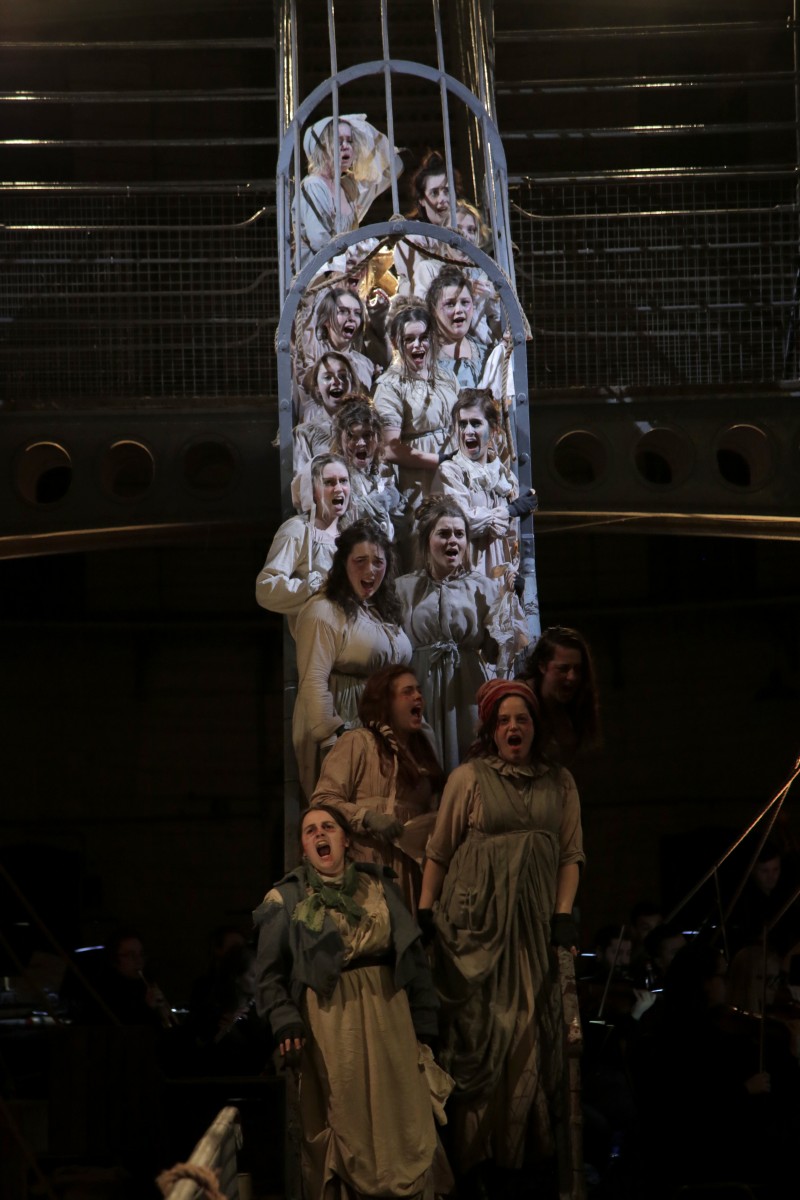 McNeff’s busy score owed a debt to Britten, especially in the vocal writing, which used the rhythms of English speech effectively, and in incorporating traditional songs amongst the often propulsive, chromatic sound. The RIAM Opera Orchestra performed adeptly under Andrew Synnott, with dark colours in softer moments and crashing climaxes. In spite of the challenging acoustics, the vocal work from the whole group was impressive, with Katie Richardson-McCrea as Madge standing out particularly, with a remarkably mature-sounding rich mezzo.

As Winnie and Nance, Katie O’Donohue and Hannah O’Brien sang agilely while carrying a lot of physical energy in their roles, and, as Tommy, James McCreanor’s voice was clear and sweet. The character of Pitty was written as a slightly uncomfortable Tim Burton-esque broken doll, although Ana-Maria Acunune sang her with pathos. Her eventual, inevitable suicide was scored effectively for bass drum and brass, and was, along with the following sorrowful song by Madge, the most affecting moment in the work.

But the whole group showed dedication and craft, with the bulk of the cast and the whole of the supporting ensemble given not a moment to relax or break character, positioned on-stage for the duration, just a couple of metres from the audience.