Mark Waldron-Hyden’s debut album Stream Segregation, which was released last August, felt like it arrived from nowhere, and in some respects that bold, drone-based record did. Up to that point, Waldron-Hyden was perhaps better known, around Cork city at least, as a member of the Sunshine Factory. For anyone familiar with the band’s morose indie rock stylings Stream Segregation’s assemblage of baleful drones, tape manipulations, field recordings, ominous industrial grooves and the added sprinkling of electro-acoustic textures and Debussy-esque piano offered a dramatic departure.

Waldron-Hyden’s marshalling on these enveloping banks of sound was a monumental achievement. It was nothing if not an ambitious recording, but it was a path the final-year music student (and record label owner – Sunshine Cult Records is a home of eclectic and progressive sounds) had been on for a while having posted his first synth-based solo material online in January 2018 under the name of Baltic. Subsequent recordings, made under his own name, saw him dispense with the percussive elements and explore more drone-based compositions, and he has largely followed through with this until now.

The handful of elements that Waldron-Hyden used (synths, tape loops) to produce a multi-faceted sound on his debut album have been expanded upon on Future Life Continuity. It’s an intriguing change of direction. It’s tempting to consider the closing track on Stream Segregation as some kind of doorway or signpost to where we find ourselves on Future Life Continuity. Atypical of the subtly shifting and immersive soundworld of Stream Segregation, ‘Take Me’ appears a conventional track but is no less beautiful for it, based as it is around soothing ethereal vocals, a looping tin whistle melody and underpinned by the gentle metronomic tapping of a hammer. There are certainly seeds in that track that flower elsewhere on Future Life Continuity.

It’s a record that introduces a wider range of instrumentation to the palette of sounds while pulling back on the drones.  Indeed the opening notes of the album feature low whistle and chimes. If ‘Take Me’ was the lullaby putting Stream Segregation to bed, ‘Ocelot’ is Future Life Continuity awakening from what sounds a much deeper and more potent slumber. The cacophonous opening of staggered percussion and couldn’t-care-less flute gives way to jazzy mellow vibes stitched through with the flickering chime of keyboard note. Various percussion instruments drift in and out of the haze, all rocking back and forth as if finding their equilibrium after some disturbance.

Pivotal moment
The busyness of ‘Ocelot’ is followed by the serenity of ‘Leave No Trace’ with its bird song and splish-splash of rain stick, along with what sounds like metallic percussion. Approaching the halfway mark, ‘Heal Always’ commences in a wind tunnel of surging drones and scrapes, before quickly giving way to softer drones and breathy calming vocals. It feels like a pivotal moment in the album. The subsequent ‘All the Wonderful Places We Saw’ is appropriately mellow with its murmuring synths, but if anything it’s setting the tone for the second half of the album, a half that feels rooted in more contemporary and urban music styles. The smoothly squirting synth-lines of ‘I Can’t See You: Where Did You Go?’ wouldn’t necessarily be out of place on a Stones Throw label record, like Dâm-Funk or MNDSGN. With its staggered beats and just about discernable beatific vocals, it would fit right in to a g-funk/experimental hip-hop/wonky compilation. The drifting space rock vibes of ‘Venus Reduction’ compliment this beautifully.

The rainstick makes a return for ‘Best is Home’, bringing a texture of the opening half of the album to the track’s live drums and wafting synths. Without any exertion, ‘Phoneme’ ends the album on a similar note of quiet exhaustion with which it started, courtesy of its deliberately weak playing of hi hats and snare, lazily strummed electric guitar and about-to-nod-off bass, before fading suddenly into a vague ether.

After the focused approach of Waldron-Hyden’s previous offerings, Future Life Continuity seems to both suggest and resist ideas of coherence. It’s certainly the work of someone opening themselves up to different things. It feels more rewarding across the last four numbers than over the first five, but it also feels like while everything doesn’t quite hang together and make sense, or hit home, it all exists on the same continuum like a Möbius strip. Here, the contrasts and gaps are as important as the connections, and flux is prized over permanence. 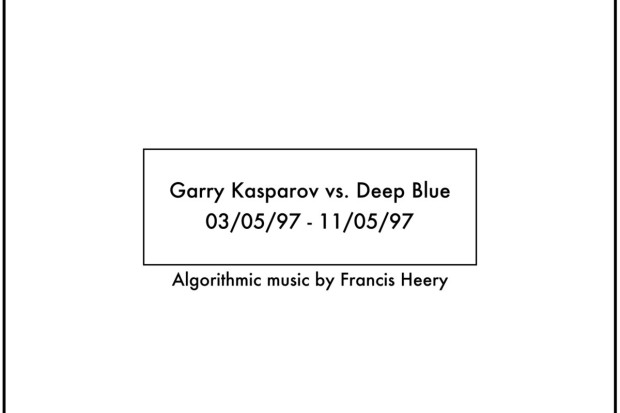