A Sound You Can't Predict

Last week, Denise Chaila gave a compelling performance at the National Gallery as part of the Other Voices Courage series. Andrea Cleary writes about a significant moment for Irish hip hop.

With the doors of our venues closed, and the boards of our theatres bare, we’ve found ourselves reaching for connection to what we now ⁠– unironically – call ‘the outside world’. This is the world of our meeting places, our walks in nature, afternoons spent alone in front of a single artwork, nights enveloped in the warm embrace of friends. It is music venues and pubs, galleries and writing centres, libraries and park benches. Those in the arts have been severely impacted by the COVID-19 pandemic, and it is to our artists that we have turned in this time of need.

#Courage2020 is the theme hailed by the latest series from Other Voices. Courage – now – is found in novel places; the adherence to government advice, the extra step taken to distance from others, the phone calls made instead of visiting family. The series, celebrating some of the brightest stars in Ireland’s music scene, serves to remind us to sit tight – our artists are working, and our cultural spaces still stand.

Denise Chaila – in her compelling hour in the National Gallery – reaches out and speaks to those for whom courage is challenged further. In a set comprised of spoken word and hip hop, she speaks to victims of assault, promotes the work of Rape Crisis Midwest, and dedicates poetry to women and girls experiencing systemic oppression. She uses every second of her performance to challenge perceptions of what women can be and say and do.

Chaila is Zambian-born and Limerick-based, working with some of the country’s most ambitious artists. On this occasion, she is supported by Godfather of Irish rap God Knows, as well as Sean Murray, AKA DJ Replay of Limerick collective PX Music.

The performance was filmed in the National Gallery’s Shaw Room, a space that is open and bright. Musical performances here aren’t unusual – nor are they necessarily subversive. The space is acoustically primed for art music ensembles, and culturally aligned with the historically high-brow, the traditionally dignified. It is not routinely a space for rap music.

Black James Bond anseo
When Beyoncé took to the Louvre in Paris to film her video for ‘Apeshit’, the significance of the location was profound; a black woman shutting down one of the world’s most celebrated collections of European art (consisting mostly of white subjects by white artists), inserting her experience into these annals of art history. It’s hard not to draw parallels when Chaila spits ‘I dance on the graves of dead traditions’ in one of Ireland’s most conventional historic institutes. ‘Your black James Bond, anseo’.

In an unrelenting blend of music and poetry, Chaila speaks to both her past and present. ‘Copper Bullet’ features God Knows’ vocals in a rhythmic round, while Chaila clears things up regarding perceptions; ‘Don’t talk about female rap / like I’m extra in the scene’; ‘What’s Irish rap? It’s a sound that you can’t predict.’ The space and the production value can easily trick you into forgetting that the stream is live, and so too does the sheer precision of Chaila’s performance, expertly rendered, and impossibly polished.

‘Isn’t Dinner Nice’ is a poem Chaila once promised herself she would never perform again, following an emotional performance at an event for REPEAL a few years prior. Now, at the other side of the referendum, courage is sought in art in a similar way. ‘Never say never’ she says, before a performance which is at once impassioned and vulnerable, connecting with women who have been victims of oppression, and challenging the structures that acquiesce. Another poem later in the set, ‘Duel Citizenship’, tackles identity, borders, heritage, and the relentless, troubling question faced by Irish people of colour: where are you from, originally? ‘I can tell you about green white and golden eagles against streaks of orange,’ she says in reply, ‘I can show you the spirit of Lucan and Limerick and Lusaka’.

Social distancing as artistic choice
The highlight of the set comes with the Sim Simma Records track ‘Man Like Me’. Framed by Daniel Maclise’s painting ‘The Marriage of Strongbow and Aoife’, Chaila and God Knows use the full space afforded by the room, circling one another in duet, making social distancing look like a suave artistic choice. It’s hard not to be moved by the image; physical distancing and artistic intimacy. Ireland’s past hung on the walls, its future dancing on its floors.

Ireland’s musical community is more creatively diverse than ever, and we owe much of that debt to our hip hop artists – artists who challenge convention, who open up discussions about class, poverty, race and sexism. Where better to celebrate our cultural fluidity, the progression of our musical styles, the socially and artistically confident next generation of artists, than here in our National Gallery? Chaila’s voice rings through its halls; I am here. I am art too. I’m just as much art as you. 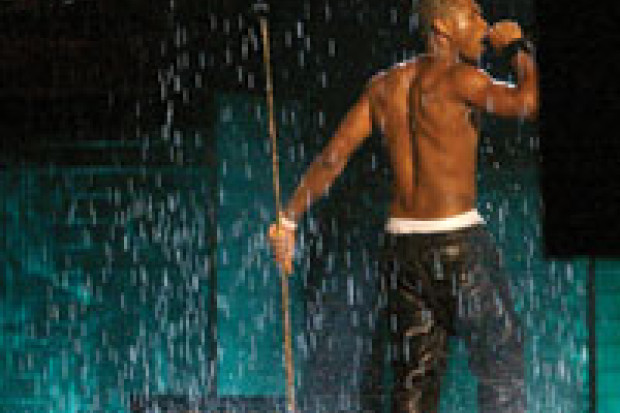 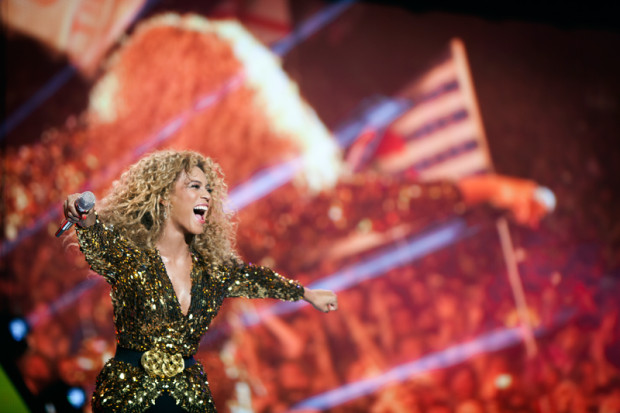