Irish National Opera seems unstoppable. Thomas Adès’ challenging Powder Her Face opened their first season, which continued with productions from within the central repertoire (Aida and The Marriage of Figaro) and more contemporary works (Bartók’s Bluebeard’s Castle and Donnacha Dennehy’s The Second Violinist). Madama Butterfly, the first new work of the 2019 season, is firmly from the operatic canon. The plot is likely familiar to many readers, so in the very broadest of strokes: an American soldier, Pinkerton, marries, then abandons, a naïve Japanese girl (the Butterfly of the title, more properly called Cio-Cio-San). She spends the second act pining for him, fully expecting his return, and revealing that she had his child. In the third act, he returns, with his new American wife, and Butterfly commits suicide in despair.

The opera can grate against contemporary sensibilities in a number of ways, not least its highly stereotyped portrayal of Japanese characters and culture. Director Ben Barnes was certainly aware of this, shifting the focus of the production onto colonialism and the interference of Western culture in Asia. (This is driven home in an effective and surprising visual device at the beginning of Act III.)

But, at least for me, a little more irony would have gone a long way, especially in Act I. It’s there in the libretto if you look for it: in Cio-Cio-San’s declarations of love for Pinkerton, but also of poverty; in Pinkerton’s lust for the fifteen-year-old girl, and the transactional way in which he pursues her. A reassessment of the opera would be one made entirely through gesture and act, but it is certainly possible. Cio-Cio-San is abused by nearly every character in the opera; it would be a welcome change if she knew it.

Just a tinge of bitterness
But how did the opera work on its own terms? Extremely well, sometimes disconcertingly so. All else aside, Celine Byrne was extraordinary in the title role. She’s an experienced Butterfly; she is currently preparing to perform the part in Germany in May, and this is her fourth time in the role. She was enchanting. I came to the production wondering in part how (or whether) it would address the opera’s orientalism. While my discomfort endured, it’s worth noting the completeness with which Byrne cut through it, particularly in the famous ‘Un bel dí’, which she sang as well as I have heard it, clear and bell-like in the early parts, and perfectly judged at the climax, smiling against the minor chords in her naïve fantasy. In Act III, as Cio-Cio-San’s suspicions grew, Byrne allowed just a tinge of knowing bitterness into her voice. When she took her curtain call, the audience was on its feet in an instant.

Although she was the centre of the opera, Byrne had a strong supporting cast. The love duet with Julian Hubbard’s Pinkerton at the end of Act I was performed beautifully and sincerely. Softly lit in blue, the lovers sang of their devotion to one another. This was Hubbard’s finest moment in the performance, cooing and fawning over his new wife, his voice warm and full. But the song, for contemporary audiences, was uncomfortable in its sincerity: earlier scenes show Pinkerton’s fecklessness and lust, and fifteen-year-old Cio-Cio-San’s naïveté. There’s no question of Pinkerton’s love in that moment. But only in that moment.

The stand-out in the supporting cast was Doreen Curran’s Suzuki, Cio-Cio-San’s devoted servant, whose voice was a good match for Byrne’s in their scenes together (their tone colour was very similar; Curran’s, as a mezzo, darker and earthier, but only by a single shade). Her performance was one of gesture and posture, conveying her love and her pity for her deluded employer in her silences as much as in song. The Canadian–Italian baritone Brett Polegato played Pinkerton’s superior Sharpless well, as someone who wishes he was the moral heart of the story but always comes up wanting. Tenor Eamonn Mulhall played the marriage broker Goro as the sleazy opportunist he is, his voice with a nasal tint, his body language matching, head bowed in supplication but feet poised to bolt.

Likewise, the RTÉ Concert Orchestra was finely controlled by Timothy Redmond, rich in delicate detail in the softer parts, but able to blast with full force at the climaxes. A battery of percussion instruments held places at either side of the stage –  gongs to the left, Western percussion to the right – though being placed above pit level affected the balance from time to time, especially near the beginning.

Cinematic
So sonically the production was a triumph. Visually, too: red, white and blue dominated in lighting and in costume design, and the screens of the house at centre stage were used to great effect, both as a means to mask and to reveal – never more than when Cio-Cio-San presented her son to Sharpless. The screen pulled away to create an image so striking it was almost cinematic.

But Barnes’ invocation of, in his words, ‘shameless colonial adventurism’ felt a little too incidental. The orientalism of the text isn’t really dampened by relocating the action to a more vaguely defined Asia (a little Vietnam and a little Cambodia as well as Japan), leaving over a story of one-way love. But if the story is uncomfortable, at least it can be this beautifully told. 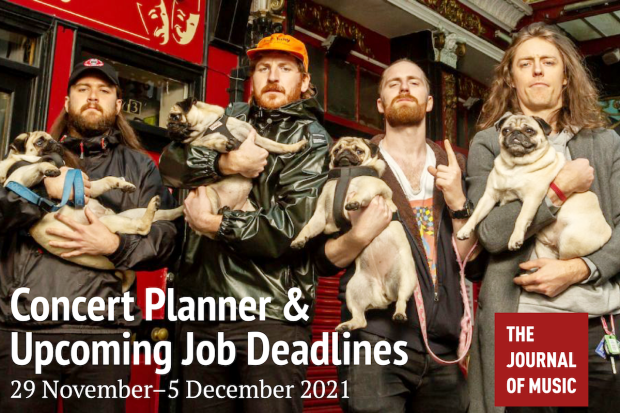 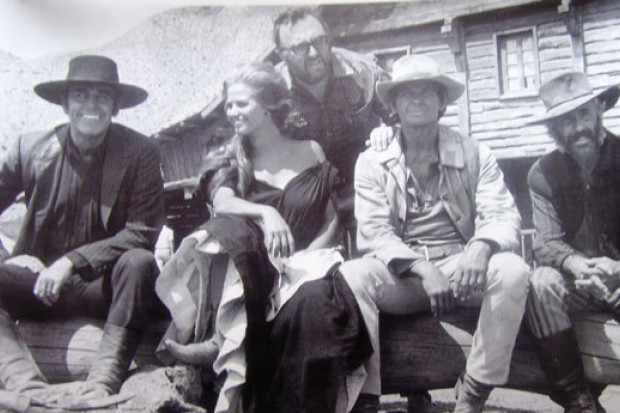