Riverdance has so dominated Bill Whelan’s career and public perception that it’s sometimes hard to remember that, as a composer and producer, he was quite successful before its launch, and has been since. He has worked with artists as prominent as Kate Bush and U2, and composed a substantial amount of material for orchestra and smaller groups. But Riverdance is the centre of his career, and Riverdance is what people think of when they hear his name.

It’s also the keystone of his new album, a collection of three recent orchestral works performed by the RTÉ National Symphony Orchestra conducted by David Brophy; specifically, Riverdance: A Symphonic Suite, an arrangement of dances from the stage show, which was premiered by the same orchestra and conductor in 2012. Joining it are two concertos, Linen and Lace, featuring James Galway on flute, and Inishlacken, a double-concerto for violin and traditional fiddle, with Helena Wood and Zoë Conway as the soloists.

Belfast, Limerick, Galway
Each of the concertos follows the three-movement convention, with picturesque titles for each movement. In Linen and Lace, the movements are ‘Belfast’, ‘Limerick’, and ‘Twin Cities’.

James Galway’s playing really shines in this work. His signature style, pure and warm in tone even in the most virtuosic passages, is a perfect match for Whelan’s writing. In the closing cadenza, the flute climbs to the sky without ever becoming shrill or piercing.

The first two movements are based around traditional tunes – ‘My Lagan Love’ and ‘There is an Isle’, respectively – and each is further broken down into smaller contrasting sections. Although melodious and distinctive in themselves, there is little flow between the sections, so the music often comes across as a collection of very short pieces.

Most of the third movement comprises a reprise of material from the first two, but it suffers from its treatment of the material not feeling distinct enough to warrant its return. While it’s a little heavier in orchestration, the melodies are close to identical.

Rewarding close listening
Structurally, Inishlacken feels more successful than Linen and Lace, the sections of each movement combining into a more coherent whole. Like the former, it features illustrative titles: ‘The Currach’, a jaunty fast movement, ‘The Island Terns’, an unabashedly beautiful accompanied duet for the soloists, and ‘Evening Céilí’, half dusky chords and half orchestral reel.

The contrast between the fiddle and violin makes for some rewarding close listening. Frequently, the pair swap the same passage, so a lyrical melody appears once on Wood’s warm, vibrato-heavy violin, and is followed by the same melody on Conway’s woodier, tightly articulated fiddle.

Irrepressible
I was the wrong age to enjoy Riverdance in its heyday, but Whelan’s facility for melody is impressive. It’s 24 years since Riverdance launched, but that climactic tune, wending its way irrepressibly through change after change like, well, water across stones, is still clear in the memory. And it’s hard not to smile as it approaches.

The dances in the Symphonic Suite are substantial new arrangements, setting aside the traditional instruments and songs of the stage show in favour of a large orchestra. Whelan’s arrangements are effective, denser than the original without ever feeling heavy. The orchestra, which in the concertos mainly played a supporting role, finally gets to shine here. Under Brophy, their sound is clean and nimble, the more complex rhythmic and melodic passages unfolding with a sense of inevitability.

‘Cloudsong, Riverdance’, with its famous tune, is the finale of the suite, with the preceding ten dances building to it. The whole work runs a little under forty minutes; along the way, there are treats to enjoy, often when Irish-style melody takes a back seat to something from another culture, like in the Macedonian, Russian, and Andalusian dances. And some nods ahead to the climax help give the suite a coherent direction.

Undeniable craft
There are a lot of enjoyable moments on this album, but I confess I found the whole collection hard to listen to in a single sitting. For me, the music lands too safely too often, and always hits its climaxes exactly when and how you expect them. But the composer’s craft is undeniable. Listen to any of the three works, and the tunes will be in your head for the rest of the day.

There is in Whelan’s work an admirable self-assurance; a tightness in orchestration and harmonic structure, and an unapologetic sweetness in melody. It may be too much for some, too tidy, too sentimental, too carefully designed. These are two sides of the same coin. It’s Whelan’s control of musical design, and his direct emotionality, that have allowed him to create the most popular Irish piece of orchestral music of the past fifty years. New Biography of Irish Youth Orchestra and Music Association of Ireland Founder
Book on life of Olive Smith to be launched at the Royal Irish Academy of Music on 6 March. 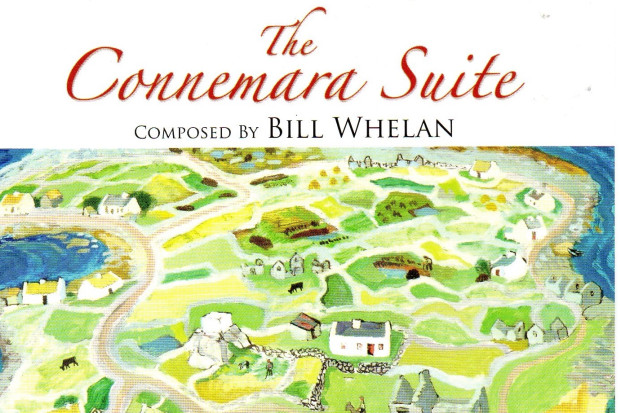 Time to Kill off the Revival
Toner Quinn
Irish traditional music still lives under the shadow of the folk revival myth of the 1960s and 1970s, but more and more we will find that our music today will make no sense to folk revival thinking or language.
Nov 1, 2001