A review of a collections of articles and essays on the composer Aloys Fleischmann, compiled by his daughter Ruth Fleischmann.

The press release from Mercier Press announcing their publication Aloys Fleischmann (1910–1992) neatly indicates that ‘In this book 160 people describe aspects of Fleischmann’s work and the man as they knew him’. This is not a biography. It is an interesting collection of pen pictures of a gifted, somewhat eccentric man who is described by each contributing writer according to his or her perspective as fellow musician, colleague, graduate, friend and relative. The sub-title synthesises the combined import of the essays; Fleischmann’s life was dedicated to music, music in Ireland, and for that he is respectfully, even lovingly and sometimes whimsically remembered by many contemporaries. It is worth mentioning that it is refreshing to read, in a publication of this nature, one or two less than laudatory passages; it gives the reader a glimpse of a real person, warts and all. There are generous Appendices containing an annotated catalogue of Fleischmann’s music, compiled by Séamus de Barra, together with an alphabetical list of compositions. There is an additional list of eighteen missing manuscripts on which information is requested, and a provisional list of Fleischmann’s writings compiled by de Barra and Ruth Fleischmann. The final appendix lists UCC Music Graduates 1916-1980.

The chapter or section headings of Ruth Fleischmann’s book map the range of her father’s work and influence. There is Fleischmann the Professor: ‘[he] had taught us not only music’ (p. 21); The Educator of Teachers: ’ … he’d let nothing go, but the praise came first and foremost’ (p. 87); The Campaigner: ‘[somebody] who fights tooth and nail for what they believe in and keeps on going until they get it’ (p. 126); The Organiser: ’ … the early Choral Festivals provided … a valuable platform for choirs from all over Ireland as well as those from further afield’ (p. 182) and ‘he was entered in The Guinness Book of World Records as ‘the most durable orchestral conductor’ (p. 385); The Colleague: ‘He was a man with a mission, to bring Ireland into the mainstream of music, and to develop her own musical heritage’ (p. 210); The Scholar: ‘he has charted something at the quick of the Irish psyche which will undoubtedly prove to be a treasure house of information for future research and performance’ (p. 258); The Composer: ‘He incorporated Irish motifs and other thematic elements into a personal and highly international language’ (p. 290); The Man: ‘a quaint cousin’ (p. 353), ‘an unusual and interesting Grandfather’ (p. 383).

The list of contributors to this collection of essays, among them Her Excellency President Mary MacAleese, John A. Murphy, Theo Dorgan, Philip Martin, Brian Boydell, Mícheál Ó Súilleabháin, Gerard Victory, John O’Conor, and the gallery of famous names that appear in their memoirs, reads like a ‘Who’s Who’ of music and the arts in Ireland during the last one hundred years. The index identifies Bax, Childers, Corkery, Esposito, Kinsella, Larchet, Mac Liammóir, Moriarty, Ó Riada, O’Faolain, O’Rahilly, Waldemar Rosen, Tinney, Victory, Walton, Vaughan Williams, to mention but a few, and gives some indication of the stature of Fleischmann and his significance in Irish life.

The final section of the book is dedicated to the Requiem Service for Aloys Fleischmann in St Mary’s Cathedral, Cork on 23 July 1992. In his words of welcome and Introduction, the celebrant, Fr Tom Hamill, referred to the many-sidedness of Aloys Fleischmann, ‘a Renaissance figure’. There are readings included and a list of music for the service. In this closing section we are allowed again a glimpse of the real person behind the eulogies and tributes of this book. The obituary by Mary Leland (Sunday Independent, 2 August 1992) recognises that ‘Cork was not all songs and roses for Aloys Fleischmann’. She writes, ‘Here his stage was small, and he was too big for it… His concentration made him remarkable to some, risible to others’.

This will be a delightful book for all those to whom the name ‘Fleischmann’ has meant ‘music’ for as long as they can remember. It seems, from the witness of this book – a book admirably compiled for ‘dipping in to’ – that there are many of us.

A closing anecdote. When the very young Fleischmann, shortly after he was appointed Head of the UCC Department of Music, was exposed as being unable to play a fiddle or sing during a session of traditional musicians in the Kerry Gaeltacht, a voice was heard asking, ‘What is the use of having a fellow like that made Professor of Music!’. Ruth Fleischmann’s book would seem to supply the answer. 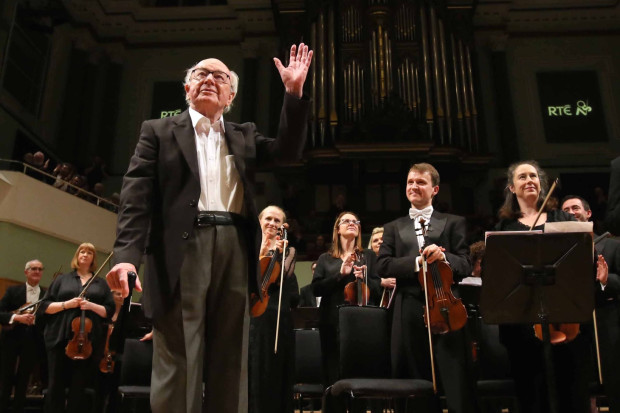 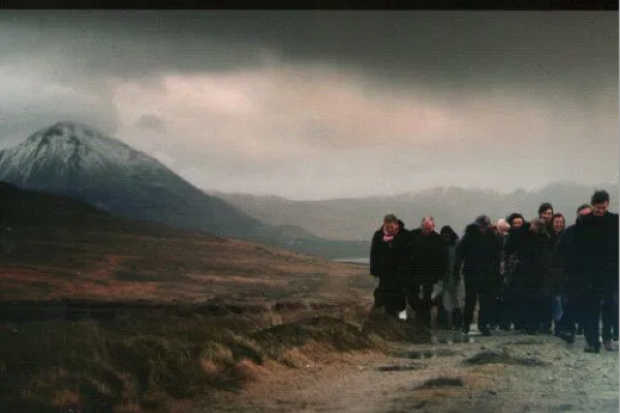 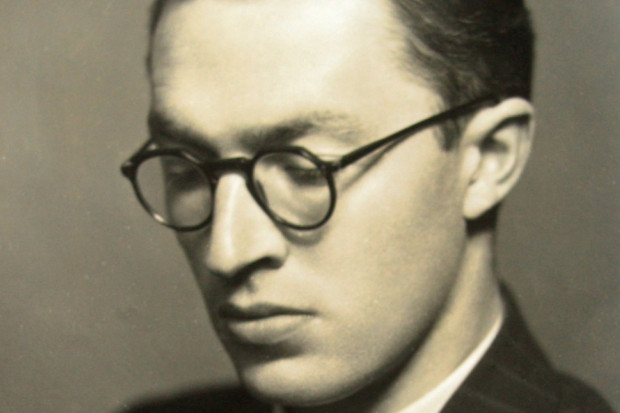 Aloys Fleischmann and the idea of an Irish Composer
Séamas de Barra
Debates about the ‘Irishness’ of a composer’s music are not new in Ireland. The subject often occuppied Aloys Fleischmann, particularly as a young man in the 1930s. Séamas de Barra traces the development of his ideas and his early compositional style...
Sep 1, 2005