The Changing Colours of Kaleidoscope

For six years, the Kaleidoscope night has encapsulated the energy and community of the Dublin new music scene. As the curators embark on some new ideas, Anna Murray explores the event's allure.

Kaleidoscope, a salon-style concert series taking place on the first Wednesday of each month, has come to occupy an important place at the heart of the Dublin music scene over the past six years. That it appeared just as economic catastrophe arrived seems to be coincidental, and yet fortuitous; its monthly gathering at the Odessa Club encapsulated the energy and community that had been growing in the young Dublin new music scene through the 2000s, and it has burned brightly, resolutely, throughout the recessionary years. And yet, ironically, having rode through those difficult times, its Arts Council funding has just been cut; that too has created a considerable artistic response.

Kaleidoscope represents an extraordinary coming together of place, people, programming and presentation. Founded by cellist Kate Ellis and violinist Clíodhna Ryan, it popped up in a city that had few if any comparable events, its cheap tickets and innovative programming immediately attracting a broad audience, with most events selling out in advance. Musicians have always seen it as an opportunity to try something new, in an intense but open environment where the audience is just a few feet away. A night run by musicians and almost for musicians, mainly focused on classical and contemporary music, Kaleidoscope has still developed a strong connection to the wider musical worlds surrounding it, whether pop, folk or jazz. Its audience of musicians, composers and artists proved key to the series’ survival through recent years, say current curators violist Karen Dervan and cellist Lioba Petrie. These musicians and artists, though struggling, ‘wanted to get out there and be a community again’.

This sense of community around Kaleidoscope also extends to its audience: while the events may not sell out each month as they once did, they still have an enviable audience. ‘The reason that people do listen, and are drawn in by it, is the proximity of the performers,’ explains Petrie. ‘The musicians communicate with the audience – not just through their instrument…’.

Some people come for the new music (Kaleidoscope featured the premiere of several new works last year alone), some for the Mozart or Haydn, and some just for the atmosphere. When the promoters value every perspective equally, audience members feel an equal part of the musical community.

The loss of Arts Council funding for this year challenged the Kaleidoscope community to prove its strength, but also provided an impetus to reinvigorate the series’ direction and explore new collaborations. One such opportunity was the recent collaboration with the Goethe Institut for two concerts in May. Inspired by the Institut’s just-launched German Traces app, the focus of the night was on the musical connections between Germany and Ireland. With a slightly tweaked version of the same programme repeated in Cork the night after Dublin, it was an opportunity to see how the event worked in a different venue.

Unglamorous, real and very beautiful
The backbone of this collaborative programme was The Poet’s Circuits by German-born Irish composer Aloys Fleischmann (1910–92). A setting for soprano and Irish harp of a poem cycle of the same name by Padraic Colum (1881–1972), Fleischmann’s work was heavily rooted in a distinctly Irish musical language, for which he found an ideal match in Colum, the playwright, poet and writer who was also the collector of, and a verse-writer for, the song ‘She Moves Through the Fair’. Colum’s 1960 cycle is subtitled ‘Collected Poems of Ireland’, and is indeed just that – a collection of images of Ireland that bring together its history and legend with the country as it was at the turn of the century: unglamorous, real and very beautiful. Fleischmann’s setting was written for the 1972 Dublin Festival of Twentieth Century Music for singer and harpist Gráinne Yeats (daughter-in-law of W.B.), but has never been heard since.

The coming together of composer and poet in The Poet’s Circuits is a stunning study in painting aural landscapes, and it effectively evokes windswept countrysides and history-heavy landmarks, delivered with elegance and simplicity of expression by performers Janina Staub (soprano) and Clare McCague (harp). Sparse without ever becoming stark, a lyrical and understated vocal line was supported by the rarely still harp playing. The work’s musical language was an essentially tonal one, bent and shifted slightly so as to never fully come to rest in one definable location. Each of the four movements of the work also featured a different tuning on the harp, and though the need to adjust between each broke the spell of the performance somewhat, it allowed for a greater harmonic and textural variety in the relationship between voice and harp.

The duo of Staub and McCague was brought together especially for this event and also premiered a specially commissioned companion piece by Berlin-based Irish composer Garrett Sholdice. Titled Unter Träumen, this composition created a similar world but in a more contemporary idiom. In a programme of connections and collaborations, the links between Sholdice and Fleischmann’s work were significant, not least in their German-Irish connections. It was a very personal work in which the composer drew on a ‘confusion’ of thoughts including the life of Fleischmann, the composer’s own Cork roots and musical memories, and in particular the work of W.B. Yeats. An avid supporter of Colum’s work, Yeats embraced a similar aesthetic – a desire for simplicity in language and imagery – that is also reflected in Sholdice’s work.

Based on a single line from a Yeats poem translated into German (‘Aber ich altere unter Träumen’, or ‘But I grow old among dreams’), Unter Träumen was a superb exploration of textures within the confines of the duo, with naturally emotive and fluid vocal lines gradually emerging from initial hesitations and musings. The composer responded well to the performance space, contracting his characteristic framework of long spaces and resonant harmonies for a less reverberant venue, opting instead for greater movement in the harp, creating a cushion upon which the introspective voice could rest. The whole gave an impression of a kind of questing, wandering thought, eventually crystallising into assured statements like a decision reached through a daydream.

The two voice and harp works held up equally well in Crane Lane, a venue with a similar acoustic, decor and seating arrangement. The most significant difference in this Cork venue was staging: a fully raised stage added a distance from the audience, the lack of which defines the Odessa concerts. Compared to the intimacy of a direct line of communication with the singer, the audience had to look to the back of a box cluttered with music stands, microphones and instruments, somewhat breaking the immediacy of Staub and McCague’s excellent performance in both the Fleischmann and Sholdice.

Sharing the bill with these two works in Dublin was a semi-theatrical performance of Schoenberg’s influential Pierrot Lunaire given by Alluna Ensemble. The century-old work has seen a number of revivals over the past year or so (including a recent tour by Northern Irish ensemble Hard Rain Soloist Ensemble), but its tragicomic cabaret feel made it an ideal for the night as well as a necessary change of pace. The use of Sprechstimme, a narrative vocal style for which this work is renowned and in which the performer occupies a space somewhere between speech and song, with just a rough pitch guide for direction, can make for difficult listening. Performed overly straitened, the work can be tedious, but with the right balance of strict musicality from the instrumental parts and pantomime from the vocalist, it can be a truly exciting experience. Alluna Ensemble, dressed in Pierrot-inspired black and white, embraced the melodrama of the work, making the performance into a kind of musical mime show that was both visually and musically edgy. Vocalist Kay Stephen embodied the surrealism of Pierrot, while the musicians tackled the difficult score with apparent ease and no small amount of energy. Sadly, the programme’s second incarnation in Cork omitted the Schoenberg entirely, replacing it with Schubert’s The Shepherd On the Rock. Though beautifully played, it lacked the same intensity.

Also on the Dublin programme was a performance from Jessie Grimes of a Jörg Widmann solo clarinet Fantasy, as well as Kaleidoscope regulars the Gregory Walkers, whose performance of Renaissance and Baroque dances provided a lively counterpoint to the heavier Schoenberg. The Walkers’ set was also replaced in Cork, with a similar line-up, consisting of Francesco Turrisi (percussion), Marja Gaynor (violin), Eamon Sweeney (guitar) and Swedish singer Camilla Griehsel performing music by Barbara Strozzi. Another ensemble put together solely for this event, their performance felt less comfortable to the audience than that of the Gregory Walkers, even if their repertoire was similar. The final change to the evening’s line-up saw Griehsel’s smoky club mezzo joined by pianist Maurice Seezer in a set of (not remotely German) Latin American songs, perfect for a summer night.

This kind of extra-musical collaboration, such as that with Goethe Institut, is becoming key to curators Dervan and Petrie’s approach to their future plans for the series, much of which revolves around bringing the series outside the Odessa Club through touring and other ventures. Bringing the same atmosphere to a different space is a daunting task, the key to which, they believe, is working closely with the artistic leaders of the intended venues, creating new programmes that are relevant to the musical communities and the people who will hear them. Kaleidoscope, whether on tour or in the Odessa Club, will never be just another show. 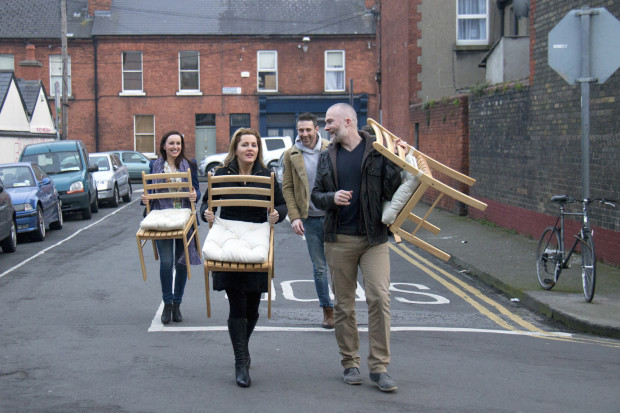 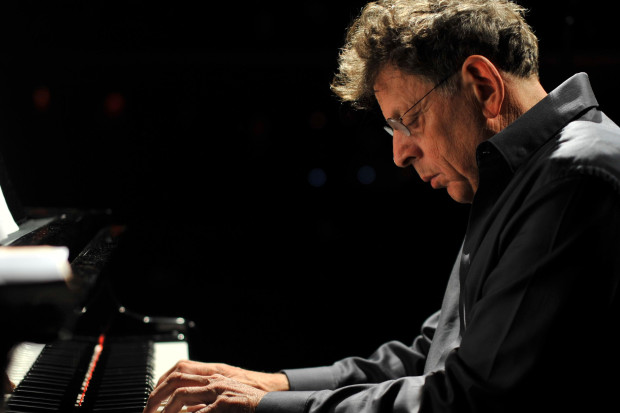