In the last issue of JMI, composer Patrick Zuk argued that contemporary music composition is in crisis. Composer and Artistic Director of the 2004 Sligo Contemporary Music festival, Ian Wilson, bats back...

I would like to respond to a number of points raised by Patrick Zuk in his article ‘Must Schoenberg’s Crisis be Ours Too?’ (JMI, November-December). Firstly, the book he is looking to in terms of a ‘review’ as well as for support of his own views – Reviving the Muse – is to me flawed because it fails to give any balancing opinions, from composers or theorists who would be more supportive of modernist tendencies, to the essentially negative arguments presented. Peter Davison, in his introduction, lays his grumpy cards straight on the table writing about the ‘…lack of music [since the Second World War] infused with such a vital energy [as Janacek’s Sinfonietta]’ and modernism being a ‘desperate measure for desperate times’. David Matthews’ contention in his essay that ‘unless there are real harmonic contrasts in a piece, it cannot have dynamic movement’ is simply erroneous, as is his notion that ‘if you attempt to be wholly new, then no real surprises are possible’ and these statements are typical examples of the views of what Zuk himself describes as a bunch of ‘arch-conservatives’ – there is not much objectivity here.

Zuk’s attitude towards Schoenberg, atonality and modernism is a skewed and sensationalised one. He presents the mode of modernist thought as having been the only show in town for well over half a century and expends far too much energy on trying to chop down the roots of that particular approach to writing music. It is well documented that Schoenberg’s work was complementary to the social and artistic climate of that period; his ideas were of interest and value to many artists and were a vital reflection of the mood of the time. However, there were so many other approaches to composition even then, that Zuk’s argument seems more indicative of a personal distaste for a music that has been highly influential only on certain composers over the last eighty years. Nevertheless, we would be poorer without some of the results – Il Prigioniero, Le Marteau, Il canto sospeso and other mid-century classics have been stepping stones and inspiration for many since.

Zuk also says ‘interest in contemporary music is confined to a tiny elite…’. In global terms, the number of people who seek out performances of contemporary music may be small, on a par with other minority pursuits, but they can still make up sizeable audiences – witness any concert at Huddersfield’s annual Contemporary Music Festival, or many similar events, even here in Ireland. These are generally ordinary people with a love for adventurous sound art, not social climbers from wealthy backgrounds (see a dictionary definition of ‘elite’) seeking to increase their kudos. However, new music is often presented in the context of more traditional work, and I have experienced many concerts where large ‘traditional’ audiences have responded with real enthusiasm to modern works – for instance, just a few weeks ago Raymond Deane’s violin concerto was given a very enthusiastic reception by a full NCH audience at its premiere [see concert reviews, page 22]. There are more people interested in, and open to new music than Zuk would have us believe.

Another aspect of the article I want to challenge is the notion that contemporary composition is in crisis. What crisis? A crisis for writers about music, perhaps – Zuk is certainly right when he laments the poor state of critical writing about modern music, as we well know here in Ireland. But a crisis for composers? Zuk thinks it would be valuable if composers were among those forced into ‘a thorough critical reconsideration of the roots of their activity’, but I disagree. Composers today are working at a time where the plurality of approaches to writing music that Zuk seems to lament is actually one of the strengths of the art. Just because he doesn’t like the fact that ‘almost anything can be considered to be music’ doesn’t mean that this is an actual problem. Would he rather we adopt the old Soviet approach to music, where everything but an ‘official’ kind of music is proscribed? I doubt it, and yet he writes that a ‘deep confusion appears to reign concerning fundamental questions of intrinsic artistic value’ as if individual composers are similarly confused and need help. There is no single aesthetic governing composition or any other artform, and there has not been for a century or more – does he expect one to turn up now and save us all from aesthetic diversity?

Zuk goes on to describe his ideas that would ‘assist us greatly in reorientating ourselves’. Who exactly does he think needs reorientating? Writers about music? Perhaps – many certainly need to catch up with what is going on around them. But composers? It seems worth pointing out to him that for many artists their lives are all about orientation, a constant search to find and find again integrity and honesty to themselves in their work, as opposed to some misplaced desire to please this or that commentator. Regarding his ‘very valuable areas of intellectual enquiry’, only the personal search, discovered through long, hard times of doing can bring the experience necessary to ‘discard [anything] inhibiting of fresh and genuine creativity’; this, rather than simple acceptance of someone else’s opinion how to do it, is the way in which the wonderful range of self-expression to be found in contemporary composition both here and abroad will continue to flourish, rather than be potentially constrained by reactionary pundits. 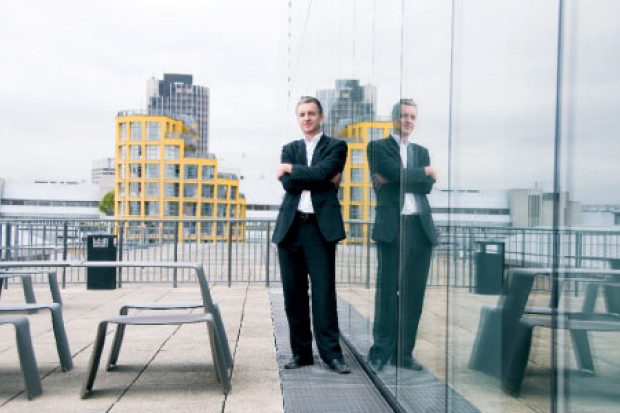