This is How We Fly

This is How we Fly express a free-spirited philosophy for group playing in traditional Irish music, while staying within the lines of that tradition.

In Ireland, the term traditional music is applied to many different kinds of music-making: a form of inherited sociability that lives on in certain communities; amateur players, whether inheriting or adopting the idiom, coming together in pubs or other venues; long-term professional groups on the international stage; and so on. It is true that traditions shift and change within lines that allow a sense of continuity, and while the happy sociability of these forms must be considered a good thing in itself, it is surprising – as more than one contributor to this magazine has remarked over the years – how little genuinely creative genetic engineering with the elements of traditional Irish music has been produced by those within or semi-resident in that community since the 1960s. Surprising, because what has changed most since the 1960s is the near-impossibility for all kinds of musician of remaining unaware of the multiplicity of musical idioms in the world.

In this regard, the fiddle player Caoimhín Ó Raghallaigh represents something genuinely interesting: he excels at traditional repertoire, he can share a stage with the free-spirited Martin Hayes and he seems to have developed a Hardanger-slinging Nordic alter ego, but, taking things further than Hayes, he manages to stay within the sonic and expressive world of his native tradition while obsessing over a motif like a jazz musician or treating rhythm as an ever-open instant-to-instant medium rather than a set shape.

The unusual company he keeps in This is How we Fly means that the Ó Raghallaigh philosophy can be expressed in group form: saxophone and bass-clarinet player Sean Mac Erlaine (another shape-shifter across idioms), the Swedish percussionist Petter Berndalen (open to Asian as well as Nordic and Irish rhythms) and the American dancer Nic Gareiss, who steps lightly across traditions. It is not too difficult to leap from one western European fiddle tradition to another and, as both Ireland and Scandinavia fed into the folk idioms of regions from Nova Scotia down to the Appalachians, the group’s freedom is displayed within certain boundaries, however fluidly defined, thus avoiding incoherent eclecticism. The group’s coherence is affirmed by the intent listening underlaying each player’s creative contribution. Refreshingly, the almost mandatory post-Bothy Band rush to climax in dance tunes was often bypassed – opening the door to intricate, sometimes playful, deceleration and subtle fades.

Whether in exactly this combination or in variations on it, This is How we Fly point to exciting possibilities. In concert, the group broadcast almost a surfeit of charm. It will be fascinating to see if, in the recording studio or in concert, they explore their language to the fullest. The results could be paradigm-shifting. 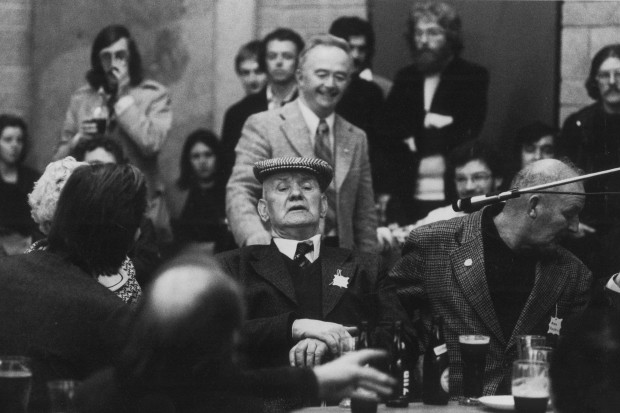