Ita Beausang’s article on music education in the Sept-Oct issue of JMI evoked a strong letter from Richard Pine in our last issue. In this email debate we bring the two together to further discuss the future of music education in Ireland.

I was delighted to read two responses to my questions on the future of music education in Ireland. I’m glad I don’t share your pessimism. Although I can share your frustration I don’t think it is any reason to throw a tantrum. I make no apology for being an optimist. Water became wine. Of course it is self evident that music education in Ireland has been neglected, but that does not have to mean that it has no future.

For example, one of the non-events that I quoted in my address – the new building for the Cork School of Music – is under construction at last. The good people of Cork did not subscribe to the Pine School of Pessimism, nor did they just stay in bed. They used the local elections and every other wedge they could employ to get what the people of Cork wanted. It’s too late for Cork’s year as European Capital of Culture, but not too late for future generations.

You take pot shots at reports on music education, castigate music teachers who ‘work to personal agendas’ and have no time at all for our legislators. The fatalistic acceptance of the inside track in favour of science and technology is a recipe for inaction. Why not replace this cynical visualisation of the archetypal ministerial response with a positive scenario? (‘The Minister today received a deputation from the music education lobby. The Minister has appointed Mr Richard Pine as co-ordinator of a three-year plan for music education’). Over to you, Richard. What would you do?

Do not apologise for being intemperate, there is a place for righteous anger. But there must be a way forward. Bob Gilmore’s interview with Donnacha Dennehy (JMI Nov–Dec 2005) cites Herbert Brün ‘who insisted that it wasn’t worth your time complaining about things, you should do whatever it takes to change them’. A spoonful of honey is better than a barrel of vinegar. Rosaleen Molloy summed it up in one word: leadership.

Music educators of Ireland unite! A general election is not too far away. Make music education in Ireland an issue at local and national level.

There is no point playing ping-pong pessimism, but I must emphasise that there is no room for optimism unless the situation as a whole is addressed. I didn’t ‘throw a tantrum’, but when I have heard with my own ears the former Secretary-General of the Department saying that we had the best music education in Europe, I know that it’s time to call a spade a spade. Yes, the people of Cork got what they needed and deserved, by political action, but that doesn’t solve any of the systemic problems of music education in Ireland as a whole – it just makes me wish that we had a Gerry Kelly in every college.

However, you do give me one reason for responding: you ask ‘what would you do’ if I were appointed as co-ordinator of a three-year plan for music education? Well, the immediate answer is: go on holidays, since there IS NO SUCH PLAN, and in my view there won’t be. Anyone appointed to be ‘God’ in this area would have to have carte blanche to undertake a root-and-branch eradication of the problems, which are: lack of vision, lack of planning, lack of resources, lack of provision, and lack of strategy. They would have to have full power to establish a plan that was workable. This would take more than three years before we saw any fruit, so it would have to be copperfastened so that the next government couldn’t abandon it. No one would actually notice that three years had gone by without anything concrete having been achieved, because in most schools nothing (or the minimum possible) happens anyway.

So, given that I, as ‘God’, was allowed a clear run, I would first demand that there was a commitment at Cabinet level to co-ordinate planning between Education, Arts/Culture and the Arts Council. Without this commitment, and the power vested in me to make that co-ordination work, the job would not be worth doing. I would then dismantle the structures within the Department that relate to music education at all levels, and give warning to any vested interests throughout the music education business that there must be full co-operation with the new system, on pain of being abolished. I would then set about a consultative process, bringing together (and also speaking to them singly) all these interests, allocating brownie points only to those which demonstrated a willingness to co-operate and a proven ability to do so. This would clear the decks very substantially, since those not demonstrating this capacity would be chucked out.

Having established what was needed, by way of personnel, finance and, most of all, attitude, a plan – or, to be more accurate, a structure – would be put in place which organically linked every element of music education in this country. These elements would not merely be inextricably linked to one another, but they – the ‘structure’ – would be infused with a visionary philosophy and a strategy which was capable of making it happen. Due to the abolitions taking place during the previous phase, new bodies would be identified where appropriate to take the place of those cast aside. The less the number of vested interests operating within the structure, the better.

Finally, what would it consist of? First, a recognition of the rights of all the children to be cherished equally: access to knowledge, access to opportunity, access to resources. Secondly, a realistic set of goals, based on the current standards of Irish musicianship and where those standards could be brought in the next 10-15 years, thereafter on a rolling basis. These goals would take into account all the possibilities to which music education can lead: careers in music, in music-related professions, but above all in the simple appreciation of music and its place in Irish society, so that, for those whose abilities or interests do not extend to performance or other music activities, the educational system could provide an enriching experience for the fuller personality within Irish and international society. Thirdly, a government-proof and civil-servant-proof set of provisions for the funding and arm’s-length administration of this structure, which: would make available adequate funding; could identify systemic problems if and when they occurred; could introduce, or better still, oversee the introduction of, new elements to the structure as they became necessary; and could at all stages guarantee equality of opportunity, fairness, and above all vision on the part of its practitioners rather than the exhaustion that most of them experience at present due to the hopelessness of their situation.

A first step could be for the Editor of JMI to put this debate on a political plane by sending these exchanges to the Minister and her Secretary-General and asking for a response. I know what you’ll get – anodyne, conciliatory, and ultimately negative/ineffectual political guff.

I must first thank you for your response to my challenge to become omnipotent – your passionate approach to the issue of music education in Ireland demonstrates exactly what we must harness to create a new reality for music education countrywide.

You make many eminently sensible suggestions, including: co-ordinating planning between the two Departments and the Arts Council; re-invigorating the debate by setting up a consultative process; and putting in place a structure linking every element of music education in this country infused with a visionary philosophy and a strategy capable of making it happen. Now that’s more like it! Oddly enough, this reflects the philosophy and strategy which were central to the Music Network Feasibility Study of 2003, but that’s another story. In your second last paragraph, almost in spite of yourself, you provide a most convincing blueprint for the future of music education in Ireland. I am convinced that such a vision can become reality. My mentor, Professor Aloys Fleischmann, worked all his life for Irish music education. The words exhaustion and hopelessness were not in his vocabulary. The practitioners of the twenty-first century must follow Fleischmann’s example and invite the politicians to listen and then respond to the compelling case for a viable infrastructure for Irish music education.

We are a small country; music education works in other small countries. It can work here too if we build on existing strengths and collectively channel all our energies in the same direction.

I simply don’t think that the music education lobby, even if it achieved a grand coalition to march on Leinster House, can make any significant, effective difference. The Music Association of Ireland was founded in 1948. Why are we continually re-inventing the wheel? The problem is systemic, and all the effort of these walking saints will only achieve isolated triumphs – much to be admired, rewarded and emulated, but incapable of being introduced nationwide because there is no political will to do so. If you have had a good music education, it’s due to your parents and teachers and the environment they have created. If you haven’t had a good music education (and that applies to most people) it’s because the system let you down, as it has for millions of schoolchildren since at least 1922.

Nothing I can suggest – however sensible – will bear any fruit unless the system itself is radically changed, and that can only happen if it is done by civil servants instructed to do so by politicians on a national basis.

Ita Beausang has recently retired from the School of Music and Drama in the Dublin Institute of Technology, where she held various teaching and administrative positions. Her research interests include music education in Ireland, Anglo-Irish music and music criticism. 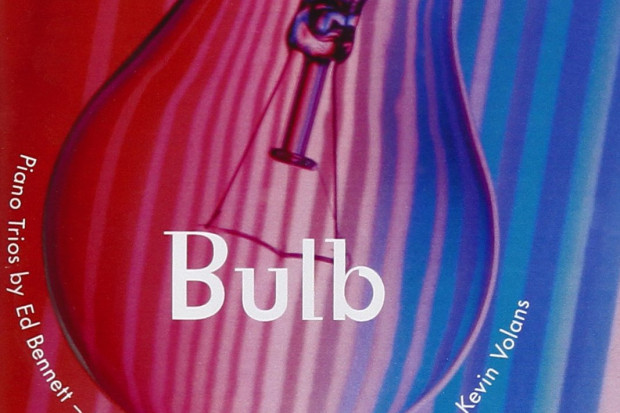