The End (and the Beginning) of the Experimental Music Festival

Far from 'anything goes', programming a festival of experimental music may be the most difficult type of all. With a new artistic director, the Borealis festival in Bergen, Norway, seized the challenge, writes Toner Quinn.

A brown duffle coat and a cap pulled down. A full, warm, airless room. The audience stood close to the small stage. Shoulders up, he walked around the stage. Hands first in pockets, then wrapped fully around the microphone, then in his pockets again. Halted, at times breathless, conversation; sparks of humour; he would withdraw to the back of the stage to examine his guitar, pick a few notes, then put it down again. He circled the stage a few times more, and then Richard Dawson walked to the front left corner without his guitar, closed his eyes and sang.

He began with two songs unaccompanied, standing at the edge, pointing forward, as if he was leaning on someone invisibly standing there. His lyrics were irreverent, personal, soaked in references to his life, family, animals; his melodies had the quality of folk tunes shaped by generations; his voice was tense yet strong; it came with a brilliant falsetto, and he emphasised the cracks in its surface, as he did when playing guitar.

As Dawson progressed through his set, switching between a capella and song with guitar, he gradually removed his cap, duffle, then jumper, signalling his growing ease in the performance. So often the performers that seem apprehensive have the most to say. I search my mind for what I knew about him before. He’s from Newcastle in the North of England. Last September he played the Cobblestone in Dublin. The description from the promoter was so emphatic that I went to YouTube to take a listen, but found nothing that demonstrated what I was hearing here. There is still nothing on YouTube that captures Richard Dawson live.

He sings ‘Poor Horse’, a song whose brutal, violent lyrics are heightened by the plaintive tenor strains that Dawson inserts in the chorus. The title track of his new album, Nothing Important, consists of over ten minutes of vigorous and at times atonal melody and accompaniment and Dawson’s raucous yet vulnerable singing. I spend the next three days tying to remember strains of his songs that I could hum back to myself, to relive it all.

Borealis in Bergen, on the west coast of Norway, describes itself as ‘en festival for eksperimentel musikk’. Peter Meanwell, the new Artistic Director and a former producer of BBC Radio 3’s Late Junction, explains in his programme introduction that ‘every composer and artist we have invited to take part… is here because they show us a new perspective… what ties all these amazing artists together [is] not one genre or style, but a hunger to try new things, to question and give our ears something fresh to hear.’

Far from anything goes, this is probably the most difficult type of programming there is; to present twenty-five performances over five days that each try to present something new to twenty-first-century ears is extremely ambitious. The Richard Dawson concert on the second night was an auspicious beginning.

An experimental festival implies an experimental audience, and a test of this also came on the second night with Belgian artist Peter Lenaerts’ MicroSleepDub – a sleep performance between 12am and 8am in the Østre venue.

Upstairs, we were invited to occupy one of the 17 beds on the floor. Attractive red and white blankets and pillows were made up on slim, comfortable mattresses. The mattresses themselves were spread out in no particular design, within arms-length of eachother. Some people came in twos and threes, wore pyjamas and carried toiletry kits. I selected a spot in the corner of the room and lay down in the clothes I had been wearing all day.

Just past midnight, Lenaerts dimmed the lights and began describing the dimensions of the room, counting, number by number, its length, width and depth. Before he finished I was asleep. Throughout the night, I woke up regularly to hear a variety of sounds, from scratching noises to the sounds of empty buildings, all provided by Lenaerts, collected from his travels everywhere from Nansha in China to Sydney Opera House, where he recorded empty concert spaces. The mood was peaceful and comforting, not only because of the sounds, but perhaps because of the intimate, communal nature of the event. It somehow suggested acceptance, openness. It had not been my intention to stay the whole night, but the black-out curtains on the windows were pulled down at 8.45am and I was still there. As I left, I noticed two women had, during the night, pulled their mattresses together and now lay in an embrace.

I sat with various participants outside, on a thin, cobbled street on garden chairs, and drank coffee and ate cartons of porridge. Someone asked me about my dreams, but I didn’t think that was the most significant thing about the work, and couldn’t remember them in any case. Yet I felt strangely refreshed, elated even. Lenaerts’ concern is sound, but his amalgam of sounds, sleep and community created something much more. We know listening as a group is powerful, but are we even more receptive to sound and music when we are asleep?

That afternoon, as I listened to Tomoko Sauvage’s flow, an installation involving blocks of ice dripping from the ceiling into amplified bowls, creating a magnificent counterpoint, I knew my senses were particularly alert to the experience because of MicroSleepDub.

Perhaps the perfect encapsulation of Meanwell’s exploratory, challenging vision for the festival came on the third day of the five-day event, in a performance by Part Wild Horses Mane on Both Sides, a duo comprising Pascal Nichols and Kelly Jayne Jones. As we anticipated the beginning of the performance in the main room in the Landmark venue, a third artist in a separate hall instigated an impressive, winding roar using a turntable, objects that he dropped on top of it, and a speaker. The audience, already seated on the floor in another room, were palpably curious, and had to make the decision as to whether they were going to follow the sounds out, or stay and absorb the intriguing experience they already had. Because I happened to be situated between the two rooms, I could feel the tension on either side that was growing with the volume of the turntable performance. And then, one by one, just a few stood and moved to satisfy their curiosity, and almost immediately regretted it. When Nichols and Jones joined in – the former on saxophone, and the latter using a table with a range of objects and electronics – the performance was like a crafted winding down of the ruefulness that had momentarily bitten the room.

Another striking concert was the performance by Scenatet ensemble of work by Danish composer Christian Winther Christensen, thrilling because of the fascinating precision, control and even calm in the artist’s writing that is also somehow doused in humour (over seven short pieces, he regularly quoted and dissected fragments of Beethoven). I learned over the weekend that this is a particularly interesting time in Danish composition, with a new spirit of experimentation and risk. As Christensen suggested in a pre-concert talk, it is now almost a Danish tradition ‘not to take your teacher’s style’.

After Dawson, MicroSleepDub and Scenatet, I had anticipated a weekend of equally invigorating experiences. That, perhaps, was too much too expect, although Webjørn Sæther’s Sart for solo piano, performed by Ljubov Østerberg, was engrossing in its fan-like, graduated musical development, and A-Typist from South Korea, which consisted of Ryu Hankil, Kim Taeyong and Lo wie typing and removing and replacing paper over an intense 45 minutes, still lingers and intrigues in the mind.

The great composer Grieg was born in Bergen, and a large statue of him sits at the centre of the city by the lake. Although there was a very fine concert by students of the Grieg Academy in Korskirken, as I stood at the statue, the composer struck me as a lone figure. I was curious at how removed the most rewarding experiences of the festival seemed from this compositional heritage.

There appears to be a process of diffusion happening in music today – a movement away from the centres. It is a movement that has no conceivable end, and it is speeding up. I wonder how long it will be before it is not possible to programme a festival of any scale because the musical interests of audiences will have become so diverse. In Borealis, Dawson’s performance disrupted any possibility of a clear view as to what experimental or contemporary music is today, and it is a credit to Meanwell and the organisers that they were willing to risk that sabotage. Borealis is an experimental festival – but experimenting with what? When the centre is sliding and subsiding before our eyes and ears, where, then, is the periphery? 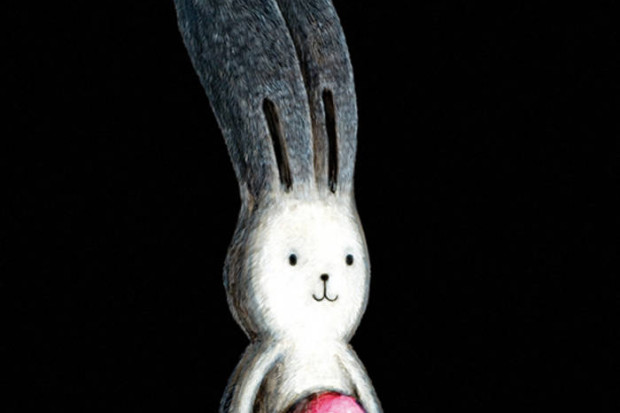