In her later years the English composer Elisabeth Lutyens (1906–83) used to say that the reason she tried to avoid spending too much time with musicians was that they ‘never talked about anything except music, money and sex’. ‘I like making music, having money and doing sex,’ she said, ‘I just don’t want to talk about them’. Like Lutyens I don’t want to talk about sex, but this may be a good time to talk about music and money. More specifically, perhaps this is a good time to talk about the relationship between new music and its financial sponsors. As the bankers’ fantasies of hedge and leverage spread their toxic influence into the real world where the rest of us live, it is unlikely that funding adventurous new music is going to become any easier. In these hard times, who is going to pay for composers and musicians to develop new ideas? Although I have been based in the UK for most of my compositional career, I have also spent a lot of time working in Germany and in the Netherlands and it seems to me that the different funding structures for the arts in these three wealthy north-European countries have resulted in significantly different sorts of musical production. These in turn are very different from those of the USA where the private sector plays a far greater role in supporting the arts.

In Britain the Arts Council spends government money without being part of the government, so politicians are always at one remove from controversial decision-making about the arts. But the Arts Council too has generally avoided controversy, spending the largest proportion of its music budget on sustaining the status quo through its subsidies for the big national opera companies. Most of the thin pickings left for new music go to a handful of promotion organisations, festivals and just two performing groups, the London Sinfonietta and the Birmingham Contemporary Music Group. The remainder is spent on one-off projects. The result is a musical culture in which survival depends on the resourcefulness of performers and composers, most of whom subsidise their work by doing other, more reliably paid work. They write, conduct or play other sorts of music that pay better, they teach, they may even have a proper job. It’s a culture that favours youth, with involvement in new music sometimes no more than a rite of passage into the mainstream music profession for performers, or into academia for composers.

In 2003 I had a meeting with a senior figure in the Berliner Künstlerprogramm (Berlin Artists’ Programme), who told me how the level of government support for the arts had suffered in the wake of German reunification. ‘Maybe you’ll end up with a situation like the one in Britain’, I suggested. ‘Oh no,’ was the reply, ‘it’ll never get as bad as that’. Because of its strong regional government Germany has always offered more opportunities for musicians, with each state having its own opera companies and orchestras and, more recently, its own radio station. Check the biographical small print for Cage, Feldman, Boulez, Nono or any of the major German composers, and it becomes apparent that without this multi-layered network of state support the achievements of the post-1945 avant-garde would have been impossible. Even today, the German musical climate encourages modernity, although not every festival director seems to have the ability to distinguish genuine innovation from that peculiarly German form of institutionalised modernism which enshrines Dahlhaus’ remark that ‘sometimes it is more interesting to think about music than to hear it’.

For many years the most enviably well-provided musicians in Europe seemed to be those of the Netherlands. Composers could apply for financial support for their work from the Fonds voor de Scheppende Toonkunst (Fund for Creating Music), either to write a particular piece or, once they were sufficiently well established, for a stipendium which would give them a regular income over a number of years. But the real glory of the Dutch new music scene was the so-called ‘ensemble culture’. The pioneering work of musicians like Louis Andriessen and Reinbert de Leeuw in the 1970s had led to a proliferation of specialist groups, each devoted to a different sort of new music, from the jazz/minimalist orientation of the Orkest de Volharding through the more mainstream tastes of the Asko and Nieuw Ensembles to the experimental aesthetic promoted by the Ives Ensemble. These groups ranged in size from chamber ensembles to small orchestras and had sufficient funding to pay their musicians and to sustain small management teams, allowing them to develop long-term artistic planning. A network of music venues also made it possible for concert programmes to be toured around the country. But in 2007 this began to change: government funding for ensembles was devolved to the Nederlands Fonds voor de Podiumkunsten (Dutch Fund for the Performing Arts) who in 2008 made draconian cuts, leaving only three ensembles with regular funding. For three decades the quality of musicianship in the ensembles had made the Dutch new music scene a mecca for composers around the world; at a stroke the new funding regime has thrown its future into doubt.

Across the Atlantic President Obama has struggled to get Congress to approve an increase in the budget of the National Endowment for the Arts, the main source of state-funding for artists in the USA. But historically, financial support of American music has come through the box office, through private giving or through the universities, creating a musical world divided between scholarly offerings on the campus, middle-brow banality in subscription-funded concert and opera seasons, and a scattering of quirky, brave fringe activities. There have been some inspired private patrons – the late Betty Freeman’s support for John Cage, Terry Riley and many other composers was a glorious example – but disposable wealth and artistic vision rarely coincide.

Rather than ‘either/or’, however, I would advocate ‘both/and’: generous state-funding for the arts as part of a culture which also encourages private sponsorship. At the moment I am working on a new piece, Unreasonable Strains, for the Kammerensemble Neue Musik Berlin. In June we will take over a factory for a day, filling its spectacular spaces with new music, of which my Strains will be a part. The funding comes in part from government, both national and local, and in part from Siemens, whose factory it is. As a composer I am unapologetic about the fact that I need other people’s money to make my music; at the same time, as a citizen, I want to live in a society distinguished by bold, iconic art.

These may be extravagant ambitions, but in the context of the economy as a whole they are not at all expensive, and through history they have been the hallmarks of mature, sophisticated societies. As such they ought also to be ambitions with which our politicians can be comfortable. Yet the arm’s-length principle, which has governed the Arts Council in Britain since 1945 and which has now been adopted in the Netherlands, insulates politicians from the arts. Indeed, few ministers in the British Government’s Department for Culture, Media and Sport (DCMS) ever discuss arts policy in public and it came as a considerable surprise when in May 2004 the then Secretary of State at the DCMS, Tessa Jowell, published ‘Government and the Value of Culture’ (http://tinyurl.com/bx7y6j). Labelled a ‘personal essay’, the document set out to question the British tendency to value art activity for its secondary benefits – in the essay Jowell cites ‘education, the reduction of crime, improvements in wellbeing’ – rather than as something with its own intrinsic value. It’s symptomatic of the problem Jowell was attempting to address that throughout the essay she writes ‘culture’ when what she really means is ‘art’. It’s also symptomatic of the disabling effect of the arm’s-length principle that her essay has had no discernible effect on Arts Council policy.

In these times, perhaps more than ever before, we need politicians to recognise that the production of art is one of the principal ways in which a society can leave a trace of itself in history. Arts funding is a great project which should be undertaken boldly, with ambition and with direction, by state and private patrons alike. But until they choose to become engaged with the agencies which channel public funding to the arts, politicians will remain frustratingly ineffective patrons. 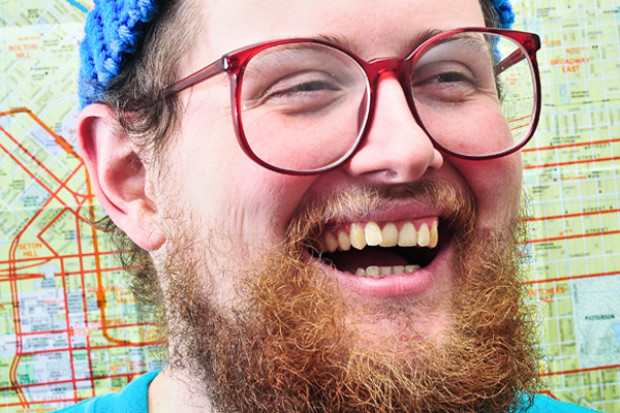 Ecstatic Rituals
Andrew Christopher Smith
What makes music ecstatic? A New York festival suggests that it can all hang on a single moment.
Feb 1, 2011