How Music Can Empower Us in the Fight for Climate Justice

Young people are not waiting for action on climate change any more – they are taking action, and history shows that music is going to play a key role in their movement, writes Toner Quinn.

Ten days ago, two hundred student protestors from the Sunrise movement entered the offices of the US Democrat Nancy Pelosi, demanding that she support what is being called the ‘Green New Deal’.

The Deal is seen as the best chance the US has of avoiding environmental disaster. It combines social and political reform with environmental action. Spearheaded by politicians such as Alexandria Ocasio-Cortez, the deal counts writer and activist Naomi Klein among its supporters. Klein talks about the aims of the Deal as being a ‘transformation of every aspect of society’, a ‘political revolution’.

And that’s precisely what the young protestors in Pelosi’s office wanted, but it wasn’t long before the police arrived and started arresting 61 of them. So to steel themselves they began singing, a range of different songs from the anti-apartheid anthem ‘Courage, My Friend’ to ‘We’re Gonna Rise Up’. The empowering role that music can play in protest was made clear again.

The young are protesting and change is coming
If you’re looking for hope in the face of the overwhelming challenge of climate change, look at videos on YouTube of the young protesting, not just in Nancy Pelosi’s office but all over the world. Brexit and Trump may take the headlines, but the climate action by students is the key movement right now. As Greta Thunberg, the 15-year-old activist who inspired school strikes in Sweden and Australia, told politicians at the UN Climate Change Conference in Katowice last week, ‘Change is coming, whether you like it or not’.

The stakes are so high in climate justice, the opposition so strong, and the frustration in people running so deep, that the innate ability of music to express these emotions cannot be underestimated. In protests in Katowice, Paris, Bonn, Dublin, Sydney, London and Auckland, music and song have been keenly present, and will become even more so. The reasons are well known from our history, but they are worth repeating.

Music and protest
Firstly, when someone sings with you in a protest, it not only reassures you that you are not alone, it can be fortifying. It’s more than confirmation, it’s affirmation of what you are doing, an encouragement to try even harder, to dig your heels in. Music can help small protests become something much bigger.

Secondly, as well as galvanising protestors, music can unify large groups. Walking or standing in protest with others is powerful, and chanting gives a sense of purpose, but find a song that everyone can sing together and it can be transformative. Like any musical performance, it becomes something that people want to return to, that they want to be part of.

A third aspect of the power of music is that it can present unlikely heroes with a platform to speak out. Musicians, singers and artists, like no other section of society, regularly find themselves among the most powerful and wealthy because of the nature of their work. They sing and perform for every politician, councillor, senator and president, and can speak directly to them. It’s an opportunity that is only sometimes seized upon for political purposes, but for how long more will singers and musicians be patient with their powerful audiences in the face of our environmental challenge?

Finally, musicians and composers are often inspired to engage with the issues of their time through their own music. Powerful works can take on a wider significance, and capture something of what we are facing, such as John Luther Adams’ 2013 work Become Ocean. To hear it live is to get a sense of the vastness and sensitivity of the water that is all around us. Adams recently wrote that it is ‘a meditation on the deep and mysterious tides of existence.’ He continued:

Life on Earth first emerged from the sea. And as the polar ice melts and sea levels rise, we humans find ourselves facing the prospect that once again we may literally become ocean.

Our greatest threat
It is just over two weeks since David Attenborough told us that we are facing ‘a man-made disaster of global scale, our greatest threat in thousands of years… the collapse of our civilisations, the extinction of much of the natural world’, but you could be forgiven for not hearing his message. Politicians have instead continued to squabble over power, privilege and borders, and most of the media find it easier to talk about that than anything else.

And yet, it’s clear that the patience of young people has run out, and they are not going to wait for action anymore. They are taking it. Greta Thunberg told us she ‘doesn’t care about being popular’, she just cares about ‘climate justice and the living planet’.

Music will be important to this movement. Will musicians perform the songs of these young protestors? Will they help them unify and grow their movements? Will they be their voice amongst the powerful?

The burden ‘to tell it like it is’, as Thunberg says, has been left to the young. History tells us that music can empower them to do even more than that. 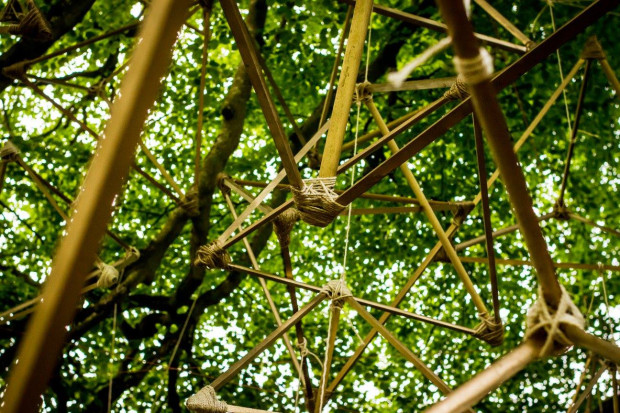 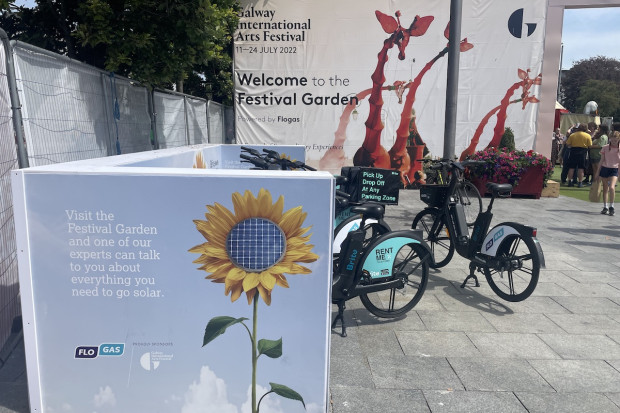 ‘Confusing the Discourse’ – Why Fossil Fuel Companies Should Not Be Sponsoring the Arts
Toner Quinn
The sponsorship by Flogas of the Galway International Arts Festival raises a number of questions about what is appropriate sponsorship for the arts, writes Toner Quinn.