My Love is in America

On learning traditional Irish music from outside Ireland

In The Making of Irish Traditional Music, a new book by Helen O’Shea that discusses the experience of ‘foreigners’ who play traditional music, an Australian fiddle player called Terry tells of his frustration:

I was technically up the best of them, … [but] constantly in sessions, somebody would come up and say: ‘You play wonderfully, where are you from? Are you from Scotland, or somewhere? Because you don’t sound Irish.’…

A farmer …came up and said ‘You play well, but you don’t sound Irish.’ … he was a fiddle player, and he didn’t have to do anything to sound Irish. He sounded Irish, and I didn’t, and I couldn’t figure out why. It was more to do with the real subtleties of the sounds, and to this day it eludes me…

Perhaps it is a slight awkwardness of rhythm, or a particular approach to repertoire or ornamentation, but many traditional musicians in Ireland will have had the experience of hearing an impressive musician from abroad, and at the same time sensing a subtle but significant difference that suggests that they haven’t experienced total immersion in the music. It is these ‘subtleties’, as Terry says, which usually reveal the difference, but are these aspects simply a matter of technical ability, something that can be learned, or is there, as is often said, something ‘Irish’ that foreign musicians will find it difficult to achieve?

The subtleties which Terry refers to almost certainly include rhythm – the dotted rhythm, which, it is often said, ‘can’t be written down’ and which gives a musician’s playing that ‘traditional’ sound. Another ‘subtlety’ would be the ability to apply ornamentation and variation naturally, and in a way that is in keeping with the aesthetics of the music. Appropriate phrasing in a tune is important too. The important point though is that none of these aspects come automatically as a result of some intangible called ‘Irishness’, but rather they are learned through immersion in a community. Through playing as much as possible with other traditional musicians, in sessions, at festival and privately, these ‘subtleties’ can quickly be picked up.

But, for the purposes of the traditional musician learning abroad, can they be broken down into step-by-step learnable music lessons? In fiddle playing, for example, much of the ‘traditional’ rhythm is due to a particular approach to bowing, which could indeed be taught. The same could probably be said for the application of variation and ornamentation – it could conceivably relate to certain typical structures and phrases in a tune. But we tend not to break these aspects down. Why? Because immersion is much quicker – and there hasn’t been the demand for these features to be scrutinised and dissected into digestible pieces. But there may be now.

Interestingly, it is not generally considered the traditional music teacher’s responsibility to teach these technical subtleties in detail. The teacher imparts basic technical ability and repertoire, plus skills in ornamentation, and, in essence, it is then down to the student to engage with the wider traditional music community and allow it bring them to the next level. That is where the foreign traditional musician is at a disadvantage because they do not have immediate access to that large community.

But how does immersion work in practice? My own eight-year-old has been learning for a year and a half. I notice in his playing of the reel ‘My Love is in America’, while he grapples with the tricky technical aspects of bowing, rolls and tuning, that the rhythm somehow appears to be already there. Where did it come from? His teacher primarily, but also, I would think, being brought to sessions, concerts and festivals, being exposed to CDs of traditional music and Raidió na Gaeltachta, watching snatchets of Come West Along the Road on the television, or catching traditional music extracts on YouTube, and of course hearing me play at home. While some of these ingredients are available outside Ireland too, it is the standard and depth of the immersion outside the home that is difficult to reproduce abroad, though not impossible. Irish expatriate communities in the UK and America have been doing it for decades, though of course it is difficult to maintain, probably requiring much more effort than in Ireland, and for isolated traditional musicians outside these areas the challenge is even greater.

That is why traditional musicians from abroad spend much of their free time coming to Ireland and learning this music on the ground in sessions. Without ongoing access to wholescale immersion, the scale of their objective requires real determination and a commitment that is inspiring. And despite all the obstacles to ‘sounding Irish’ when learning abroad, in a globalised world with new technologies such as on-line lessons, internet discussion lists and YouTube, more and more musicians from abroad are achieving that ‘Irish’ sound.

The situation is similar in sean-nós singing. Consider the notes to the new double-CD of Oireachtas winners, Corn Uí Riada Buaiteoirí 1972–2007 (Cló Iar-Chonnachta), in which Ciarán Ó Con Cheanainn  – who has since won the 2008 competition – writes: ‘Sean–nós singing was once perceived as an art form which could not be taught, and that only the native speaker of Irish could master. As is clear from this CD package that is not the case’. He cites Áine Uí Cheallaigh, Mairéad Ní Oistín and Éamon Ó Dhonnchadha as three winners who who were not brought up in the Gaeltacht. Similarly, a few years ago, Cló Iar-Chonnachta released a CD called Sean-Nós Cois Locha: Rogha Sean-Nós Milwaukee 2003–2005 which contained recordings from sean-nós singers from all over the world. The command of the art form by singers from Hong Kong to Wisconsin was striking.

On the other hand, I can recall my first teacher, Tom Glackin, communicating to myself and my cousin when we were thirteen that we weren’t picking up the traditional rhythm correctly. Shaking his head, and with a large sigh, he said, ‘Ah fuck ye lads ye’re way off.’ It worked for me…

The Making of Irish Traditional Music is published by Cork University Press. 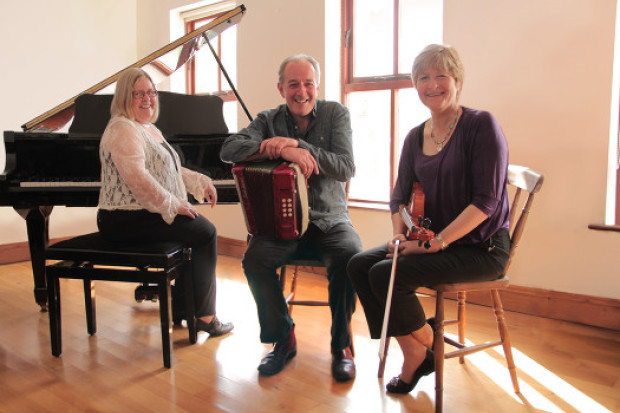