The RTÉ National Symphony Orchestra has just announced its 2018/19 season. Adrian Smith looks at the range of music on offer – from contemporary and classical to traditional – and considers some of the overall trends in programming.

With a sold-out performance of Beethoven’s Ninth Symphony and plenty of complementary champagne in the foyer afterwards, there was no indication that anything was amiss as the RTÉ NSO launched its 2018/19 season last Friday (25 May) at the National Concert Hall. Despite the evident enthusiasm engendered by Beethoven’s optimistic ‘Ode to Joy’, this will be the third year in a row that the orchestra heads into a season without a principal conductor, not to mention the depleted ranks and overall sense of frustration amongst the musicians at the lack of creative direction as documented in the recent orchestras report.

Nevertheless there are some interesting curiosities to look forward to in the coming season. The highlight has to be a concert performance of Korngold’s Die tote Stadt which was a massive success for the composer in the 1920s before his reputation went into hibernation for the rest of the twentieth century. The Violin Concerto (1945), one of his better-known works, will also be performed for the second year running. The presence of Tchaikovsky’s Symphony No. 7 on the bill may also have some people scratching their heads. This is not really a true No. 7 as such but rather a symphony Tchaikovsky was working on in 1891–92 before he abandoned it to start work on the ‘Pathétique’. He subsequently reworked the material into what is now called the Piano Concerto No. 3 (also unfinished) but in the 1950s Soviet composer Semyon Bogatyrev reconstructed the symphony from Tchaikovsky’s sketches. This work adds some genuine interest to a season that is already well stocked with plenty of Tchaikovsky’s more popular wares.

Unifying threads?
The most obvious manifestation of the orchestra’s current woes is the lack of any unifying threads tying the season together.  This has been something of a feature in recent years. It almost goes without saying that such strands are predicated upon the existence of a principal conductor. Without their direction, programming is much more of a headache for management as the orchestra is forced to depend upon freelance conductors booked in for single gigs who are inclined to fall back on ready-to-hand repertoire. This scenario helps explain the curious phenomenon of how certain random pieces keep on mysteriously reappearing year after year. For example, Beethoven’s Symphony No. 7, Ravel’s La Valse, and Rachmaninoff’s The Isle of the Dead will all be performed next season for the third successive year.

During the reign of Gerhard Markson – the last time the orchestra had a proper principal – coherence was provided by the conductor’s fondness for undertaking complete symphonic cycles – Prokofiev in 2003/4, Beethoven and Stravinsky in 2004/5, Shostakovich in 2005−2007 and Mahler in 2006−2008. Cycles such as these tended to accumulate a following and were well received by classical audiences amongst whom there is always a significant minority who exhibit completionist tendencies. Of course this kind of direction doesn’t have to be provided by a symphonic cycle of a single composer; other imaginative strands cutting across several figures can be created, but it’s hard to detect anything like this in RTÉ’s planning.

The presence of several concerts of operatic favorites alongside other season add-ons such as the film screenings of Ghostbusters and Close Encounters of the Third Kind seem borne out of a commercial rather than a cultural necessity. A decade ago this kind of popular fare would have been the sole preserve of the RTÉ Concert Orchestra but its inclusion here seems unwarranted in light of recent government assurances that the dreaded ‘orchestral merger’ has now been taken off the table.

54 minutes of contemporary music
Another disappointing though not entirely surprising aspect of the coming season is the poor representation of contemporary music. There are just two works composed inside of the last ten years scheduled for the Friday night ‘subscription’ concerts. These concerts form the backbone of the season and give the surest indication of the orchestra’s identity. In September, Uruguayan conductor and composer José Serebrier will give the world premiere of his own Symphonic B A C H Variations for Piano and Orchestra while the Israeli conductor Ilan Volkov will conduct Saariaho’s clarinet concerto D’om le vrai sens with soloist Kari Kriikku. Serebrier’s work is expected to last 19 minutes while the Saariaho runs to 35 minutes.

This brings the total amount of contemporary music that will be performed next season to 54 minutes, a 10 percent reduction from last season’s meager provision. On St Patrick’s Day, Niall Vallely’s Concerto for Concertina and Orchestra will be premiered in a special concert but this event is not listed as a main season concert. As a previous article in this journal demonstrated, this is a further confirmation of a new normal as far as contemporary music is concerned and places the NSO in a lonely category of its own when compared to state-funded broadcasting orchestras in neighboring countries.

It should also be pointed out that the contemporary works performed during the past season were all exclusively by Irish composers. A revised version of Deirdre Gribbin’s Piano Concerto (2010) was premiered in February while Gerald Barry’s Organ Concerto received its Irish premiere earlier this month. John Buckley’s Organ Concerto is scheduled to be performed next February but this work was composed 25 years ago and as such can’t really be considered contemporary. This means that there are no recent Irish contemporary works on the main season programme. It is worth pondering how Irish artists in other fields such as theatre or visual art would react if institutions such as the Abbey or IMMA decided to exclude their work. Amongst Irish composers, however, one hears not the slightest hint of collective protest beyond the faint hum of private grumblings. I did contact RTÉ to inquire as to why no Irish contemporary works will be featured in the 2018/19 main season but I didn’t receive any response.

Towards 2022
That said, it’s not all doom and gloom as far as Irish classical music is concerned. One interesting development is the ‘Towards 2022’ initiative comprising of two concerts devoted to music mainly by previous generations of Irish composers such as Ina Boyle, A. J. Potter and Gerard Victory as well as music with an Irish connection by British composers Arnold Bax and E. J. Moeran. General manager Anthony Long writes in the brochure’s foreword that he hopes this initiative will be ‘a first step in bringing our art music to the wider audience’. While this statement obviously doesn’t include contemporary music, it nevertheless has to be welcomed as a way of building on the legacy of the Composing the Island festival. Long’s comments also imply that there will be further steps taken over the next few years to bring us all the way to 2022.

The season does include some star names such as Maxim Vengerov and Bryn Terfel but these performers come with a hefty price tag anywhere between 40−70% above the standard prices. Assistant principal Nathalie Stutzmann will conduct five concerts including one featuring the violinist Ray Chen. There is also plenty of Irish talent such as Barry Douglas, Patricia Bardon, Orla Boylan, Anna Devin and Hugh Tinney. These names provide some undoubted highlights but the season as a whole is not among the most inspiring RTÉ has ever concocted and if anything only serves as a reminder of how urgently a principal conductor is needed to lend some artistic direction. 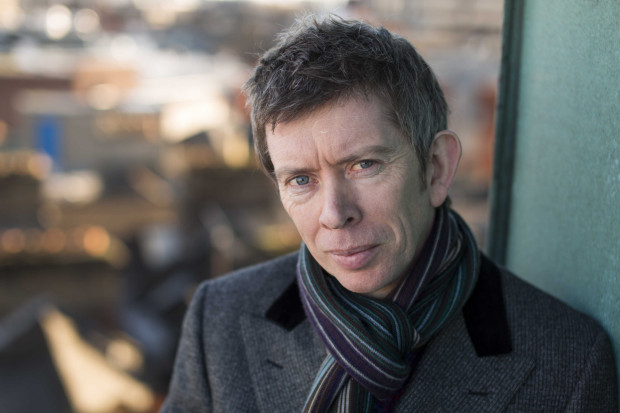