The Next Best Sound to Silence: The ECM Story

For over 30 years the Munich based record label ECM have issued a unique series of recordings which, says Tim Thurston, have not only redefined jazz, but have changed the face of contemporary music.

During the mid 1960s the double-bass section of Herbert von Karajan’s Berlin Philharmonic included a young man by the name of Manfred Eicher. He was a composer too and had a strong passion for cinema and the visual arts, but it was the world of improvised music that held a particular fascination for him, and when he set up his recording company, ECM – Editions of Contemporary Music – in 1969 – the first recording to be made – Free at Last – was of expatriate jazz pianist Mal Waldron.

There have been some fascinating developments in the ECM output since then, but, thirty years later, there are considerable similarities between the Waldron – ECM1001 – and one of the latest issues – ECM1784 – Hyperion with Higgins – featuring the Charles Lloyd Quintet with Brad Mehldau – a tribute to the great drummer Billy Higgins who died shortly after the recording. Both are by leading American musicians, all the compositions are by the artists themselves rather than standards. The technical quality is superb and although there are swinging moments, the overall emphasis is more introspective and reflective with subtle changes of rhythm and many opportunities for all the artists – including bass and drums – to express fully their musical personalities.

Eicher’s autocratic involvement in many aspects of all ECM recordings – artist and programme selection, production casting, and recording and post-production supervision is what gives all ECM issues their coherent identity. The design of sleeves too is a major contributor to a strong ECM house style – there’s hardly been any change in 30 years, very little use of colour, austere and moody cover art, often featureless, evocative land or seascapes, unfocused photographs, images articulating a strong North European aesthetic, simple sans-serif typography and few programme notes – as if it were letting the music define itself.

The artists featured in the catalogue were at first young Americans, many working outside the mainstream tradition and pushing forward jazz frontiers – Chick Corea, Charlie Haden, Bill Frisell, Keith Jarrett, Don Cherry, Gary Burton, Pat Metheny, Ralph Towner and Canadians Paul Bley and Kenny Wheeler. The recordings, however, were made in the few European studios to have Eicher’s approval – Oslo is his favourite recording location. From the beginning he believed that jazz deserved the same level of technical excellence afforded to classical recording sessions. There is, in all ECM discs, a sense of spaciousness, a controlled yet realistic and lucid sound with minimum overdubbing, often a simple 2-track approach, with little editing, as close to the live experience as possible. He brought European musicians in to play with the US stars – from UK the Cornish reedsman John Surman and vocalist Norma Winstone – still my absolute favourite, despite many recent challenges – bassist Dave Holland and pianist John Taylor – and then more and more from a growing coterie of Scandinavian players and a group of uniquely questing musicians from a variety of folk traditions – Dino Saluzzi, the Argentinian bandoneon player, Indian violinist L. Shankar, Tunisian ‘ud player Anouar Brahem, and Brazilian virtuoso Egberto Gismonti who studied with Nadia Boulanger in Paris. The Scandinavian input too drew on their traditional musics. Indeed many ECM recordings from the ‘70s and ‘80s were the pioneer offerings of crossover/world music long before either term became fashionable.

There are two artists, however, who personify the label’s achievements – American pianist Keith Jarrett and Norwegian saxophonist Jan Garbarek. Garbarek played a pivotal role in my reawakening to the delights of improvised music through a concert in Dublin some 10 years ago with Brazilian percussionist Nana Vasconcelos, Eberhard Weber – the unique sound of his fundamental bass has been a rich thread running through the catalogue – and Rainer Bruninghaus on keyboards. Garbarek’s keening saxophone sound, considerable use of electronics, the intriguing Brazilian bowed instrument, the berimbou – and the mesmeric shaking of shells. This was one of the most memorable musical events of my life.

Garbarek has recorded many albums with a wide range of other artists – from a traditional group from Pakistani to the Hilliard Ensemble – more of them anon – and with Keith Jarrett. Their 1974 collaboration, Belonging, is one of my ECM top 10. The Jarrett discography is astonishing, representing his two main jazz expressions, the series of classic interpretations of the great American songbooks, with bassist Gary Peacock and drummer Jack de Johnette, and his long, totally improvised, solo pianistic journeys from live concerts in Vienna, Bregenz, La Scala in Milan, Paris – and most memorably Cologne. The Cologne concert album from January 1975 has sold more than 4 million copies and is the most popular solo piano recording from any genre. It was one of those blessed musical events where, in spite of a sub-standard piano – and an unwell Jarrett, something special happened! There are some interesting Jarrett compositions for a range of instrumental forces, from clavichord and organ to full symphony orchestra and from the classical repertoire – Bach, on both piano and harpsichord – and some fine Shostakovich Preludes and Fugues.

Perhaps it was Jarrett’s broadening of repertoire which influenced Eicher to launch his ‘New Series’ in 1984 whose recordings of contemporary composed music have made such an impact. John Adams’ Harmonium, Steve Reich’s Music for 18 Musicians, the uncategorisable music of Meredith Monk and of Arvo Part – especially his choral output with the Hilliard Ensemble – have all become classics. We must be grateful too for the introduction of the works of Gyorgy Kurtag and Giya Kancheli and imaginative programmes by interpreters of the calibre of Andras Schiff, Heinz Holliger, Kim Kashkashian, the Demenga brothers and the piano recitals by Herbert Henck of works by Mompou, Barraque, Mosolov and Hans Otte which have been revelatory.

Early music too has benefited, principally through ECM’s long association with the Hilliards – and it is what one might call the ultimate crossover between this vocal ensemble and Jan Garbarek which is the most imaginative, renowned and successful ECM venture. A packed audience gave these unlikely bedfellows a standing ovation earlier this year in Christ Church Cathedral, Dublin.

So where does ECM stand now? Eicher resists any long-term planning – he says simply that he will continue to follow his instincts from one recording to another.

There have been critics of course – not just by the old fogies who think that jazz died when its New Orleans roots were severed – or the new traditionalists personified by Wynton Marsalis – but rather aimed at a ‘new age’ vapid, bland and characterless feeling so far removed from the feverish world of post-bebop and the sounds associated with the contemporary New York scene with its strong links with black popular music. I have to say that there are a number of ECM recordings from the 80s and early 90s which stay on my shelves, but I sense that the releases of the last few years have taken on an exciting and challenging edge – music by Evan Parker, who has redefined the art of saxophone playing and is about as far removed from new age as its possible to be, by Roscoe Mitchell, another of the leading edge sax players, by the Kilkenny based double-bass wizard Barry Guy playing Biber, or his own compositions with baroque violinist Maya Homburger, or re-interpreting John Dowland with John Surman and Hilliard tenor John Potter and some most beautiful contemporary jazz from pianist Bobo Stensen and from Polish trumpeter Tomasz Stanko. A stream of interesting ‘New Series’ continues – a wonderful Haydn: Seven Last Words from the excellent Rosamunde Quartet is my recent favourite – so even the classical repertoire makes an appearance! Another recent initiative has been some fine reissues of live concerts – a Charlie Hayden and Egberto Gismonti Montreal concert and from Molde in Norway in the early ‘80s a wonderful evening with English pianist John Taylor, guitarist Bill Frisell, one of the greatest innovators in today’s jazz, percussionist Alphonse Mouzon and one of the astonishingly large number of Scandinavian bassists of world class, Arild Andersen.

There is no doubt that the success of ECM has indeed changed the face of jazz itself, refocusing improvised music towards Europe and offering a more reflective alternative to the blues based music of the Afro-American tradition. Yet ECM output is no less passionate – as drummer Peter Erskine says, ‘Manfred smells out habits, he steps in if he thinks that you’re playing out of habit. Everyone is forced to dig deeper.’ I will continue to fall upon every new batch of releases from ECM with more anticipation and excitement than those from any other source!

It is reported that there have been a number of attempted take-overs from the big guns of the recording industry. Fortunately Manfred Eicher has resisted. For the sake of all those interested in the music of today lets hope that he continues to do so.

ECM now has an Irish distributor, which has increased availability and reduced prices – though they are all full-price. Further details may be obtained from Mary Kinsella, Interactive Music, E-mail mary [at] interactive-music.com

My Top 10 ECM jazz recordings are:

Tim Thurston is a writer, broadcaster and lecturer on music. He presents Gloria, a weekly programme of sacred music on Lyric FM. 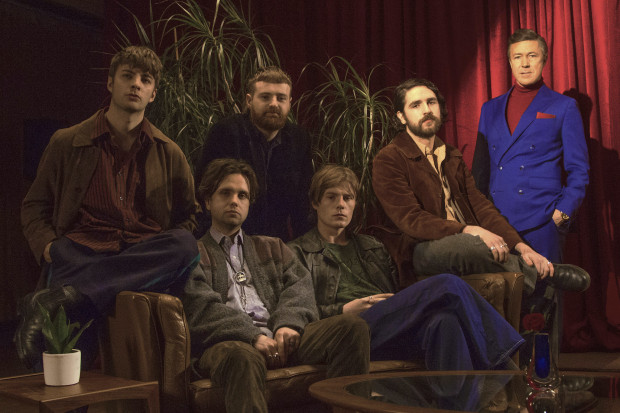 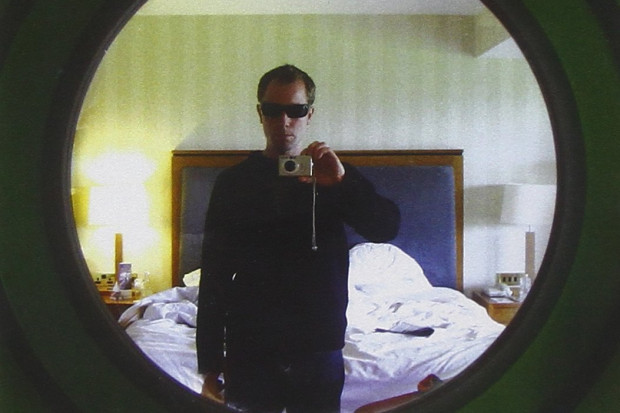