Were Arnold Schoenberg's American years really spent in frustration, poverty and obscurity? A different story, told here, dispels this popular myth and shows a different side to the composer who flourished in his new Californian homeland.

In the popular imagination, the composer Arnold Schoenberg was the incorruptible prophet of dissonance and the avatar of twelve-tone music, driven from the artistic paradise of Europe into the cultural desert of the United States. Unwilling to adjust to his new hedonistic surroundings, he remained an outsider – disorientated, or as one writer put it, ‘isolated and bypassed by the musical world, little performed and little understood.’ Burdened with a demanding teaching load and unprepared students, plagued by financial misery and health problems, Schoenberg led a deplorable existence in the land of unlimited opportunities. He was forced to produce works conciliatory toward capitalist culture – flawed compositions; Pierre Boulez said they were ‘of slight importance’. Schoenberg’s creativity dwindled and his ideas could never fall on fertile ground. So goes the tale, but such myths, however persistent, don’t stand up under closer investigation.

These myths first emerged in the early monographs of European Schoenberg champions such as Hans Heinz Stuckenschmidt and Willi Reich, whose skewed understanding of the United States and disregard of Schoenberg’s acculturation and positive experiences in his chosen homeland led to negatively flavoured portraits of the composer’s American years. The much-quoted 1958 collection of Schoenberg correspondence compiled by European Schoenberg student Erwin Stein reinforces the image of a wretched and disappointed old man. To this day distinguished Schoenberg commentators have relied and built on these publications.

Peanut-butter patriotism
Although often represented as one of the exiles who most resisted Americanisation, Schoenberg in fact adapted to his new homeland more easily and graciously than fellow émigrés Theodor W. Adorno, Bertolt Brecht and Thomas Mann. In many ways Schoenberg came to identify as an American. He was proud of his US citizenship, which he attained in 1941 – the only citizenship he ever possessed as he had never been an Austrian or German citizen. On his arrival in the United States in October 1933, Schoenberg abandoned his old-fashioned German handwriting, anglicised his name (replacing ‘ö’ with ‘oe’), and used English instantly, even though his skills were rudimentary at that time. He delivered his first speech in English at the League of Composers’ welcome concert in November of 1933 and gave his first radio interview on NBC in December of the same year. Although never able to perfect his English and shed his strong Austrian accent, he became fluent and used English as his primary means of communication with Americans and Europeans.

Schoenberg did hold on to some European traditions such as Sunday afternoon parties with coffee and pastries, but he eagerly studied American lifestyles and often incorporated them into his way of life. He enjoyed American foods from cereals and salads to ice cream and often fixed his children peanut butter and jelly sandwiches cut into animal shapes. He enjoyed going to the movies, even though he carped at the intellectual inferiority of Hollywood films. He preferred gangster, spy and Western films, as well as movies starring Charlie Chaplin, the Marx Brothers and Harold Lloyd. Schoenberg was also fascinated by radio and TV shows, including Professor Quiz, Information Please!, The Lone Ranger and Hopalong Cassidy. Launched in 1938, Information Please! featured his student Oscar Levant as a frequent panellist. Schoenberg even adopted American clothing styles. He believed that in America ‘one does not need to wear expensive clothes, but they have to be clean, well-ironed suits, a perfectly clean shirt and a tie, gleaming shoes, always, at all hours of the day’. His sometimes gaudy outfits – a peach-coloured shirt decorated with a green polka-dot tie under a gray, black-and-brown striped suit punctuated by a gold-buckled, knit purple belt – betrayed his Hollywoodesque surroundings. He was also occasionally seen clad in what he called ‘a blue Californian silk jacket’ or wearing a T-shirt and a white cap.

Schoenberg’s assimilation into American culture also affected his political thinking. Despite being critical of American democracy and the influence of mass opinion, he observed American politics keenly and fought for the Jewish cause. He held President Roosevelt in esteem and was profoundly affected by the bombing of Pearl Harbor as well as Roosevelt’s declaration of war on Japan after the ‘Date of Infamy’ speech and the ensuing patriotism. In 1942 he gave homage to Roosevelt with his Ode to Napoleon, in which a text by Lord Byron alludes to the political relationships of the early nineteenth century. Schoenberg revelled in his two grandsons, Arnold and Hermann Greissle, who both joined the US military to fight in World War II, and he was gratified when one of them captured a German. But after the war, he became cautious about politics: when America was in the grip of the ‘Second Red Scare’, Schoenberg saw the investigations of his friends by the House Un-American Activities Committee – including Hanns Eisler, his former pupil. Schoenberg emphasised that from the late 1940s on he ‘was never a communist’ and that artists should stay out of politics.

Tennis with Gershwin, brushes with Hollywood
Schoenberg was never isolated or ignored. On the contrary, he socialised with many Americans in and outside Hollywood. Always susceptible to popular entertainment, he became acquainted with actors, screenwriters and directors like Harpo Marx, Clifford Odets and Orson Welles and composers, arrangers, songwriters and lyricists including Irving Berlin, George and Ira Gershwin and Herbert Stothart. Some of them became his tennis and ping-pong partners. Until George Gershwin’s untimely death in 1937 Schoenberg spent a great deal of time at his private tennis court in Beverly Hills. The two composers also supported each other professionally. Gershwin contributed money to a Schoenberg scholarship fund and helped subsidise the first recording of Schoenberg’s string quartets. Schoenberg, who admired Gershwin’s music, attended Gershwin’s concerts and tried to induce Otto Klemperer, the conductor of the Los Angeles Philharmonic, to programme some of his works. In the memorial broadcast for Gershwin, Schoenberg called him a ‘great composer’ who contributed to a ‘national American music’ and ‘the music of the whole world’.

Remarkable musical talents from Hollywood such as Hugo Friedhofer, Skitch Henderson, Serge Hovey, Oscar Levant, Alfred Newman, Ralph Rainger, David Raksin and Nathaniel Shilkret studied with Schoenberg privately or at the University of Southern California and the University of California, Los Angeles (UCLA). Although Schoenberg often charged these students with short-lived and superficial curiosity, they studied with him as long as they could afford it, expressed much gratitude and were among Schoenberg’s most helpful friends. In 1939, Levant helped Schoenberg become a member of the American Society of Composers, Authors and Publishers (ASCAP). Newman initiated the first recordings of his four string quartets, persuading Samuel Goldwyn to fund the project. Fox Studio players premiered Schoenberg’s Kol Nidre in Los Angeles in 1938.

Schoenberg was also invited to write music for a Warner Brothers film about Beethoven, as well as Paramount’s Souls at Sea (1937) and MGM’s The Good Earth (1937). Although none of these scoring prospects materialised, he seriously considered The Good Earth project, analysing Pearl S. Buck’s novel and sketching tonal, chromatic and pentatonic motifs to depict its characters and moods. In 1937 he provided the Oscar speech for the Best Film Score award given to Charles Previn for A Hundred Men and a Girl; it had to be delivered on Schoenberg’s behalf because he had fallen sick on the day of the ceremony. In 1940 he worked on a proposal for a ‘school for soundmen’, laying out his pedagogical experience regarding film music composition and aesthetics.

But Schoenberg never fully came to terms with the fact of being an American composer, because he feared ideologically severing himself from the European tradition. Besides, he was critical of American music, not so much of jazz and popular music, but of American classical music, which he thought to be in its infancy. Yet viewed practically, he was an American composer. Committed to the progress of American music, he wrote works for and inspired by Americans. He longed for audience appreciation, a wide dissemination of his music in America. His American oeuvre documents his adaptation to America in many ways. In his Ode to Napoleon and A Survivor from Warsaw, both vivid musical indictments of Hitler, Nazism and the Holocaust, Schoenberg embraced not only the English language, but also the concept of engaged art, an idea that was very topical in the 1940s among such compatriots of his as Blitzstein and Copland.

Contrary to the common perception that his works were rarely, if ever, performed in America, Schoenberg received hundreds of performances despite the economic burden caused by the Great Depression and World War II. They were due largely to his great networking skills and his engagement with his followers from Europe and American students who spread his gospel. Schoenberg’s presence in America also furthered interest in modernism among young composers and performers such as Milton Babbitt, Elliott Carter, Robert Craft, George Perle and George Rochberg, despite their never having studied with him. After World War II, Schoenberg’s ideas became significant subjects of study in academia and the favoured techniques for many American composers. Schoenberg also drew attention to his music in the press through publication of his compositions, as well as through articles and letters to editors, and he regularly provoked discussions and debates about modernism.

No deep poverty
Schoenberg spent about twelve out of his eighteen American years in good health and relative happiness, leading a productive and creative life and raising a young family with his second wife, Gertrud. His heart attack in 1946 and several other ailments toward the end of his life did not prevent him from pursuing a busy work schedule, which included lessons, lectures, composing and writing right up until the end of his life. His mandatory retirement from UCLA at age seventy, which yielded a pension averaging $40 per month, did not ‘force him into deep poverty’, as one writer has claimed. Although Schoenberg sometimes criticised his new homeland and argued from a purist point of view, he was never an elitist who rejected his new environment, nor an opportunist adapting to America in a facile way. And the hybrid character of his life and work resulting from the retention, change and fusion of diverse social, intellectual and cultural elements was not detrimental to his integrity – rather his life and work in the United States gained in importance, humanity and universality.

Sabine Feisst is Associate Professor of Music History and Literature at Arizona State University. She is the author of the book, Schoenberg’s New World: The American Years (Oxford University Press). 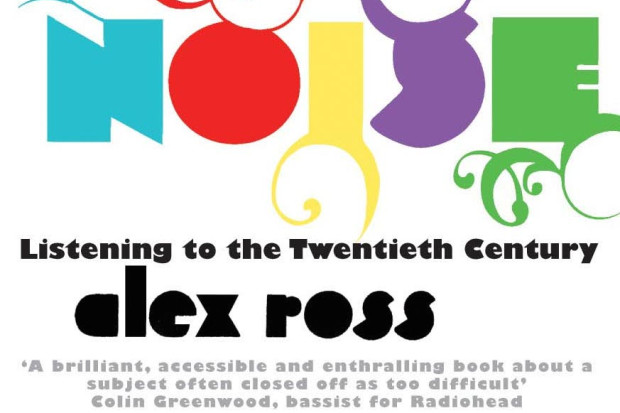