The Ceiliúradh concert at the Royal Albert Hall

What Ireland Can Teach the World About Music

In 2011, when the Queen of England made the very first state visit by a British Monarch to the Republic of Ireland, the occasion was marked with a concert of Irish music. It made sense, then, that three years later, during the first state visit by the President of Ireland to the United Kingdom, the occasion was marked by a concert of… Irish music.

Ireland’s reputation as a musical country is such that it has the power to nudge Britain out of the way at the Royal Albert Hall. London annually hosts the Proms, the biggest music festival in the world, and provided an inspired opening ceremony to the 2012 Olympics, but when it comes to putting on a musical event to celebrate the visit of the Irish President, it assumes that the Irish could do it better.

This is not to boast about the fact, but rather to say that Ireland at home must take heed. Ireland is proud of its musical culture, but it also takes it for granted, in the sense that there is no broad understanding or interest in why it has been so successful globally.

This general indifference affects Ireland in various ways. In The Irish Edge, a recent book by Finbarr Bradley and James Kennelly, the authors talk about creativity as a resource:

While scientific research is important, breakthrough ideas require intelligence of the heart and hand, not just intelligence of the head… To think creatively we need to weaken conventional thought; to do so, we must embrace and harness ambiguity, ambivalence, counter-intuitive thinking and paradox…. Irish leaders fail to recognise that the country possesses precisely those distinctive, inimitable and rare resources ideally suited for success in the emerging conceptual era. In the imaginative age, a refusal to accept the conventional is crucial and best nurtured through poetry, literature, drama, music and the arts.

The Irish state has historically under-invested in music and culture, and since the economic crash in 2008, has further diminished the support for artistic life. And yet so much relies on that creative culture.

As President Higgins said at the Royal Society in London during his UK visit:

I am convinced that it is through leaping the boundaries that divide discipline from discipline, science from the arts and humanities, and by marshalling the diverse influences from our intellectual heritage that we can best meet the complex challenges of the future.

Irish musical culture is undervalued, I believe, because of a narrow understanding of that culture and heritage.

What we think of as ‘Irish music’ – the great musicians, singers, composers and performances – is really the end result of a process. That process is our musical culture, yet it is only when Ireland sees the product – when the musicians turn up at the Albert Hall and knock the socks off everyone – that it pays attention. We need to change the view of Irish musical culture to one that is much broader, that encompasses the full range of processes that produce such imagination and skill.

If I were to parse Irish musical culture into some key features, I would venture three ideas. These aspects of Irish musical culture are most obvious in Irish traditional music, but they spill out across all genres, and together are pivotal in creating the culture that has given Ireland such musical strength.

Firstly, Irish musical culture values raw, spontaneous performance in community settings, literally among people in the everyday of life. This is most evident in the traditional music pub session, where musicians spontaneously perform for hours together, perhaps never having played or sung together, or even having met before, and regardless of whether there is an audience or not. But the importance of this activity goes beyond the music. This social connection strengthens the knowledge-sharing within musical life and leads to a different, more open and inclusive way of thinking about music performance.

Every Christmas Eve in Dublin city, for example, when Glen Hansard, Bono and Sinéad O’Connor take to the streets to sing and raise money for the homeless – and the YouTube videos documenting it whizz around the world – I think of the musical culture that would inspire such action, such rawness, and that would, indeed, consider this normal. There is a direct line between these acts and the session culture in traditional music. Witness, too, the reaction from the crowds. They know exactly what to do: join in.

Irish musical culture seems to excel in exploiting music’s power as a social oil, and it sees no point in waiting until we are inside a music venue. It sees it as a power that can be deployed anywhere, anytime, anyhow.

Secondly, the concept of transmission or ‘passing on’ is valued: at traditional music sessions, I am regularly struck by the status that a child playing music can have. An eight-year-old playing the simple ‘Kerry Polka’ on the tin whistle will command rapt attention from both musicians and audiences. The standard is not important; the fact that they are expressing themselves is, and they are now connecting in with a long cultural line that everyone else feels connected to. It is a form of initiation.

Similarly, musicians do not hesitate to share their knowledge or skills with someone younger, regardless of whether they are their ‘teacher’ or not; it is the way they learned and they instinctively realise the importance of continuing on this act. Many Irish traditional musicians describe themselves as ‘self-taught’, but it is only in a musical culture in which everyone is your teacher that this could happen.

Again, this value goes beyond traditional music: in 2009, and for several years after, U2 committed to part-financing Ireland’s national music education programme, Music Generation. The Edge has commented: ‘Access to music for children and young people is something that is very close to our hearts… the chance to pass that opportunity on is important.’

A third notable aspect about Irish musical culture is that musicians will, in general, play with anyone. Of course, all musicians everywhere enjoy collaborating with others, but they would usually be of similar accomplishment. In Irish traditional music, musicians of completely diverse standards play together. Again, this is about support and encouragement: the gap between the learner and the virtuoso is never too wide; they learn together and develop together. The result is a stronger, more tightly knitted musical community. This intense, group approach to music practice means it propels and indeed speeds up the learning between people, even increasing competition, which sparks innovation, originality and higher playing standards.

Irish musical culture clearly takes a broader approach than just sending children to lessons. It is a communal philosophy of music and it has served Ireland terribly well, not just musically, but culturally, economically and socially.

Were Ireland to appreciate and understand this philosophy more, nurture and resource it, study it and then share that knowledge, would we not strengthen our musical life even more? Indeed, might other places around the world, who want to strengthen informal music-making in their communities, be able to use those insights too, and come to enjoy all the social, economic and cultural benefits that it brings? 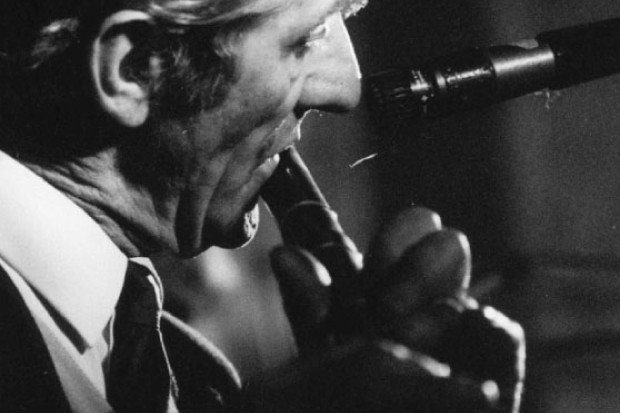