Having complained so much about the poverty of debate on cultural matters in Ireland, I must thank Leith Davis, Ronan Guilfoyle and Barra Boydell for having taken the trouble to respond to recent articles of mine (July-Aug).

Leith Davis has calmly outlined her position in a spirit of dialogue. Her analysis of key texts in Irish musical history is valuable and her view of Moore well argued. Authors are right to be irritated when reviewers go on about the book that they imagine should have been written rather than the one in front of them. I was not suggesting, however, that she should have written a general history of musical practice in Ireland. My point was that a study relating to matters of national identity would have benefited from a more clearly sketched social and political background. I also feel that concepts drawn from recent (and very interesting) studies in British cultural history and from current academic fashions were not sufficiently inflected by the particulars of Irish experience in the period. As Professor Davis’ concluding words suggest, these are subjects that await fuller exploration.

I thank Ronan Guilfoyle for acknowledging that, as usual when writing about festivals and concerts, I write from the point of view of a curious observer with particular tastes rather than as an authority. It seems to exasperate him that, in reviewing the RTÉ Living Music Festival, I described the Stockholm Jazz Orchestra as old-fashioned and he vigorously rebuts the notion – which I had not stated and had not intended to imply – that their approach is the same as Duke Ellington’s (though one could be accused of worse). The fact remains that the SJO’s presentation is highly structured, with musicians stepping forward from the orchestra on cue, soloing within a given language and so on. I made no derogatory comment about their musicianship. I simply believe that they inhabit a musical territory quite different from Tim Berne’s, with a largely different audience. If a substantial proportion of Tim Berne fans turn out to have SJO CDs in their collections, I will stand corrected.

Responding to my comments on the discussion in the Sugar Club, Mr. Guilfoyle correctly points out how improvisation is part of almost every aspect of our daily life. But this does not mean that my choosing a pair of socks in the morning deserves an audience. I think Mr. Guilfoyle is a little too generous to jazz in general as against other genres. As with the range of socks in my drawer, there can be too little variation and too many choices, however improvised, that are dull and predictable. I realise too that the process by which a jazz recording comes into being is different from that involved in classical music. At a concert, I am aware of how unpredictable the choice of note or tempo is from moment to moment and I listen in the hope that the music will flare into sustained life. But in the age of recording, musicians cannot help but be influenced by earlier recordings and by the knowledge that what they play may be recorded. This must work its way into the texture of the music. As a listener to music at home, I will return to those recordings that seem to me to be rich enough to bear repeated listening. Effectively, though I am listening to a ‘photo’ of an ununrepeatable instant, I am looking for those stretches of music where Monk or Mingus or Davis or Lacy have, through their creativity and musical culture, produced musical compositions of the highest order. To that extent, I am looking for more than ‘a document of a process in action’. That is why I will return to one document – the Kind of Blue recording mentioned by Mr. Guilfoyle, for example – but not to many others of the same period.

Regarding the music of John Adams, I have done my best, but with little success, to hear in it the qualities that Ronan Guilfoyle and many others perceive. When listening to the music that I love or admire by Biber or Bach or Beethoven or Bartók or Barry or many others, I do not find myself inventing film scenarios to pass the time. It was out of sheer boredom that I did so; it would have been dishonest to pretend otherwise. I do not regard Adams’ current popularity as an argument either for or against his music, and I find the vernacular American traditions on which Adams draws far more interesting than his own music. For mistitling one Adams piece, but not for my opinions, I apologise.

My article on the projected Encyclopædia of Music in Ireland has drawn comment from Dr Barra Boydell, writing on behalf of the editors and publishers. He suggests that I wrote a personal diatribe against his co-general editor. I did not. I explained how generous in spirit such an encyclopædia should be. I suggested that, since 1999, when I reviewed his book, The Keeper’s Recital, Professor Harry White, the originator of the project, has had ample opportunity to respond to that and other challenges to his view of music in Irish cultural history. Instead of dealing with those challenges, engaging in debate or, indeed, quietly rectifying his earlier misinterpretations and omissions, he has chosen silence over debate and repetition over development. With neither Professor White nor any of those who share his views having responded to criticism of either their general framework of understanding or of particular errors and omissions – and with those erroneous or profoundly questionable views having already been enshrined in various reference works – it is surely understandable that we should fear more of the same in the projected encyclopædia. It was on a matter of intellectual values, therefore, rather than of personality, that (as clearly explained in the article in question) I took the unusual measure of writing about the encyclopædia before publication. If Dr Boydell was not being either obtuse or disingenuous in his comments, I trust that the above will clarify matters to his satisfaction. And let us hope that the encyclopædia will reflect the cultural pluralism of the Canadian model that initially inspired Professor White rather than those restrictive intellectual practices that disfigure contemporary Irish musical culture. 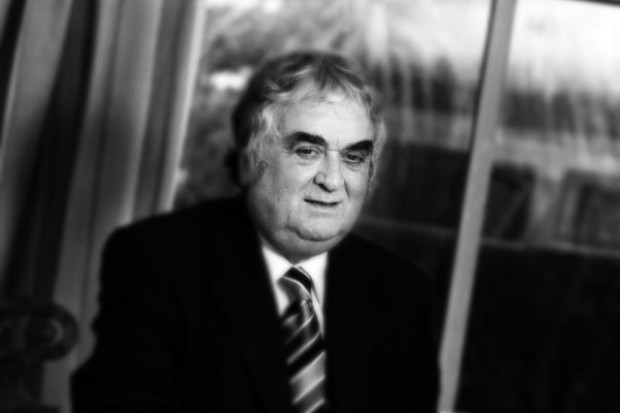