Dear Editor, Richard Pine has let himself down badly in his response in the last issue of the JMI to Patrick Zuk’s article ‘Music and Nationalism’. Pine has previously made a couple of ineffective and bad-tempered swipes at Zuk which, neatly...

Richard Pine has let himself down badly in his response in the last issue of the JMI to Patrick Zuk’s article ‘Music and Nationalism’. Pine has previously made a couple of ineffective and bad-tempered swipes at Zuk which, neatly parried and clearly failing to silence him, have here become wild, angry lurches in which he hits out indiscriminately. Lucid, focused and – possibly most unforgivable of all – telling criticism has come as something of an unpleasant surprise, it seems.

Apart from this, I find Pine’s letter curious on a number of other counts, not least because of its furious backtracking. It is a somewhat trivial observation that many Irish composers have chosen to explore the creative possibilities of indigenous themes of various kinds, as well as the creative possibilities of folk music. After all, there is hardly a country in Europe since the nineteenth century whose native composers have not done this to a greater or lesser extent. Pine gives us to understand, however, that in Ireland this is a form of ‘mental constriction’ and that it reveals an ‘anxiety about the nature of Irishness, and about “how to be Irish”’. He tells us that in this respect ‘there was quite definitely a constraint felt by Irish composers which endures to the present day’, and again that, with a precedent in literature, ‘Irish composers […] were – and are – quite obviously and self-consciously constrained to address a singular aspect of Irish affection.’ By ‘singular aspect’ he means here ‘the land’, and he attempts to support this assertion with a list of works, both literary and musical, in which it is difficult to determine any common factor other than that several of them happen to employ the words ‘field’ or ‘land’ in their titles, or the name of some Irish place or region. Amongst these he mentions Seoirse Bodley’s Symphony No. 2, I have loved the lands of Ireland, the subtitle of which firmly identifies the composer, in this instance at least, as supposedly having laboured under this ‘constraint’. Pine does not define exactly what he means, but ‘constrain’ is hardly a neutral term and the implications are decidedly negative. Just why Irish composers’ treatment of such material should be interpreted in this way rather than as, say, the enthusiastic exploration of fresh sources of inspiration, is of course one of the central questions that arises from this whole debate. To Zuk and Bodley however the general meaning is clear, and Bodley’s response is that ‘no influence was ever exerted on me to write in an Irish style’. With John Kinsella’s similar repudiation one is left wondering just how many of those composers who cannot now be questioned would have affirmed it. In the absence of any explicit supporting evidence, one of Zuk’s principal reservations about this writing, the ‘constraint’ theory is singularly unconvincing and has all the appearance of an insubstantial fantasy.

This is unfortunate for Pine, and he is understandably annoyed. But for him to say now, à propos of Bodley’s remark, that he ‘never suggested any such thing’, and that the symphony was merely mentioned in passing in a list of works ‘which make some acknowledgement of the Irish landscape’ is disingenuous. The definitions of the word ‘constrain’ (as given in The Concise Oxford Dictionary), explicitly imply the use of force and encompass ‘compel’, ‘bring about by compulsion’ and, of particular interest here, ‘confine forcibly’. Both Zuk’s criticism and Bodley’s response are in fact precisely to the point. Pine may find this difficult to accept, but it would certainly have been wiser for him to have attempted to contain the bluster and to have paused before betraying perhaps more than he intended in the pompous observation that it is ‘a pity that Zuk can’t tell the difference between “constrained” and “confined”’, or, in the light of this, before making any comment about his ability to read.

Pine denies that his position is adopted ‘largely uncritically’, in Zuk’s phrase, from Harry White and Joseph Ryan. This may be true. It is always possible that he arrived at it independently, although his ‘constraint’ theory is so similar to their ‘indenture’ theory as to leave one somewhat sceptical. But when he writes of Irish music that ‘the rejection of things English meant in effect turning one’s back on the music of Germany and Italy’, he is stating in a nutshell one of the principal tenets of White and Ryan’s thesis; and, while he may indeed dissent from this thesis on a number of minor points, his presentation of himself in his letter as the unbiased critic of all involved is simply unsustainable. If Pine intended any of his references to White and Ryan to be ironic, as his letter seems to suggest, then I am afraid that his intention remained unrealised. The only irony that struck me is that of Pine accusing Patrick Zuk of penning a personal attack.

Finally, Pine’s desire to forestall the editor’s choice of a reviewer for his forthcoming book succeeds only in conveying his unease that it might not emerge very well from a searching critical examination. His book deals with a subject of some importance, and I hope that it will receive more by way of attention than the superficial platitudes of a journalistic puff. Many writers find this gratifying, but reviews of this kind can hardly be considered a contribution to intellectual life. To engage seriously with ideas means to engage with them critically, and if Patrick Zuk has attempted to do anything he has attempted to do this. In a number of carefully considered, well written and provocative pieces for this magazine he has, in my view, persuasively highlighted the inadequacy of much recent writing on Irish music. Richard Pine’s injudicious and intemperate letter leaves one with the conviction that Zuk has been just a little too persuasive for comfort.

Séamas de Barra is a composer and Senior Lecturer at the Cork School of Music. 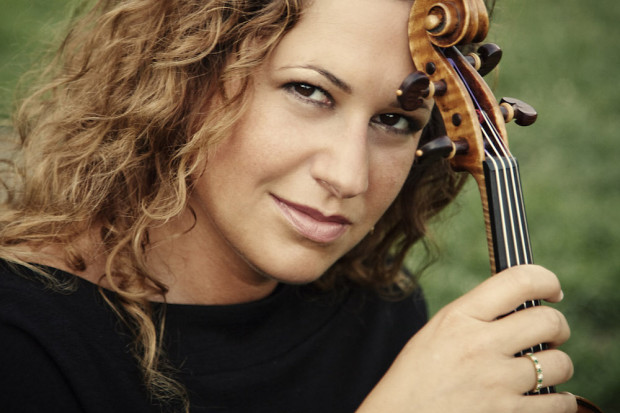