The second session in the series brings you a programme of music by leading composers from Ireland performed by Cassiopeia Wind Quintet, presented by Contemporary Music Centre. Cassiopeia Winds was founded ten years ago by five friends with a desire to dive into the glorious repertoire of wind chamber music of the past 250 years. The ensemble presents the startling originality and the sumptuous palette of tone colours of the wind quintet and expands to include works for larger forces.

Their performances run the full and varied gamut of the wind repertoire from 19th-century to contemporary works, and they have a dedication to bringing the lesser-known works of this repertoire into Irish and international concert halls and festivals. The ensemble also has a great interest in supporting the work of composers from Ireland.

This year, the online Sessions will feature mesmerising new jazz from BigSpoon, a programme of music by leading composers from Ireland performed by Cassiopeia Winds, glorious traditional music from Caoimhín Ó Raghallaigh and Mick O’Brien and fresh alt-rock tunes from PowPig.

In addition to the video performances from the four acts, Dublin's Near FM 90.3 will broadcast the concerts each Thursday at 6pm, alongside behind-the-scenes chats with the artists. 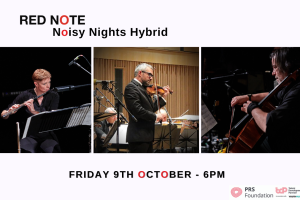