BBC Studios’ Unscripted Productions has bases in London, Bristol, Cardiff and Northern Ireland. It’s home to many of the BBC’s most popular brands such as DIY SOS, Countryfile, Gardeners’ World, Crimewatch Roadshow, Bargain Hunt and X-Ray.

X-Ray is BBC Wales’ flagship consumer series. It’s made up of presenter links, short-form content and investigative films. Transmitted at 19:30 on Monday evenings, it’s a staple series for the BBC One Wales schedule.

We are looking for a new Series Producer to deliver the forthcoming season of X-Ray which will involve working with the Exec Producer to give the show a fresh and modern feel. You’ll be working with much-loved existing talent as well as introducing some brand new faces.

Welsh language skills are not necessary.

Main Responsibilities
– To run a busy team of producers, shooting directors, researchers and runners
– To work with the Exec Producer to produce new ideas which revive and rejuvenate the series whilst keeping within the expectations of commissioner briefs
– To ensure the series is compliant and suitable for the target audience
– To ensure the series represents the diverse backgrounds of its audience both on and off screen
– To set realistic budgets, manage them effectively and operate the most efficient ways of working, so that programmes remain on time and within budget.
– To deliver maximum value for money to the audience and to BBC Studios.
– To establish and successfully manage a broad range of relationships with both on and off screen talent
– To manage the writing, filming and editing process in relation to material for all platforms

Are you the right candidate?
– Series Producer experience of managing a production end to end
– Ideally have a background in consumer television and/or consumer journalism
– Excellent script writing skills
– Highly developed social and diplomatic skills for communicating with contributors and on-screen talent
– Able to demonstrate an understanding of the requirements of producing a series and managing a team
– Creative and highly imaginative with original ideas and a track record of turning these into reality
– A sound working knowledge of current production and post-production processes, techniques and technology
– Demonstrable enthusiasm for the content area
– Experience of managing budgets and delivering programmes on time and to budget 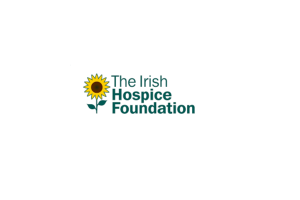