Finghin Collins with members of the Irish Baroque Orchestra

In this programme members of the Irish Baroque Orchestra, directed by Finghin Collins, explore works by Beethoven as part of the 250th anniversary year.

We start with a short set of variations for cello and piano on Papageno and Pamina’s duet “Bei Männern, welche Liebe fühlen" from Mozart’s opera The Magic Flute - full of charm and invention, and quite virtuosic for both instruments.

His 'Irish Songs' and 'Lieder' receive a rare outing in this programme, brought to life by mezzo-soprano Gemma Ní Bhriain. A Scottish publisher, George Thompson, asked Beethoven to arrange music for a series of folk songs, although Beethoven never visited Ireland or the British Isles. Thompson also commissioned Haydn to undertake a similar project, leading Beethoven in 1812 to write, in a fit of irritability ‘I know that Haydn got four ducats last year for songs he did, and, of course, Kozeluch did them for two. Congratulations on that. I’m surprised you esteem him so much, because I’m better than that miserable swine.’

Despite their designation, Beethoven’s Op.1 trios were not his first published compositions; this distinction belongs rather to his Dressler Variations for keyboard (WoO 63). Evidently these pieces were the earliest ones he had produced that were substantial enough to constitute a first major publication in order to audition his style for the musical public. This work was later recycled by Beethoven into the String Quintet in C minor Op.104.

The concert will be available to tickets holders for 48 hours following the performance.
Tickets €10 exclusively from dice.fm 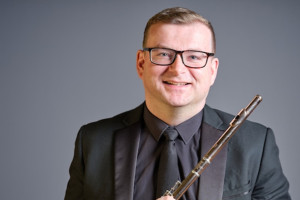