"There’s a palpable sense of delight and ease permeating this collection. A trio of musicians who’ve parked their egos outside the door and let the music tell its own tales." The Irish Times

The origins of the trio can be traced back to Tubercurry and Bunnanaden in the heartland of South Sligo where both Declan Folan and Shane McGowan grew up playing music together from their early teens. Whereas Declan and Leonard Barry first met in London in the early 1990’s playing music together on the traditional music scene.

Between them this Trio have shared the stage and recorded with many of World Music greats including Zakeer Hussain, Lunasa, Dervish, Donal Lunny, Kevin Burke, Luka Bloom, Lisa O’Neill amongst many others. They have performed throughout the world at many of the leading festivals including Roskilde Festival, Celtic Connections, Tonder Folk Festival, Milwaukee Irish Festival, Hong Kong Folk Festival, Port Fairy Folk Festival and countless others.

They have learned their music and have been influenced by many of the greats of Irish music including legends Michael Coleman, Fred Finn, Peter Horan, Tommy Peoples, Willie Clancy, Paddy Cronin, Bobby Casey, Liam O’Flynn but to name a few.

They have just released their debut CD entitles Hurry the Jug . 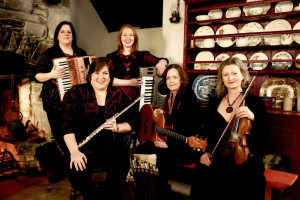