An internationally renowned actor, Belfast born Stephen Rea has appeared in films such as V for Vendetta, Michael Collins, Interview with the Vampire, Breakfast On Pluto and Neil Jordan’s The Crying Game, for which he was nominated for an Academy Award®. Rea helped establish the Field Day Theatre Company in 1980 with Tom Paulin, Brian Friel, Seamus Heaney and Seamus Deane.

Gabriel Rosenstock writes in Irish and English across a wide range of genres, mainly poetry, tanka and haiku. His latest publications are Mullah Nasrudin Is Alive and Well, new tales inspired by the eponymous Sufi eedjit, and Brightening of Days, a trilingual volume of 5-7-5-7-7 tanka in Irish, Croatian and English, both titles published by Cross-Cultural Communications, New York.

Belfast composer Neil Martin’s work has been performed across the world from Ground Zero to Royal Albert Hall, as well as being played on the International Space Station. ‘Knocknashee’, a song Neil co-wrote with Brendan Graham, topped the World Music charts in 2011. In 2013, the BBC produced and aired a documentary on Neil’s life and career. For U2’s Music Generation Programme, Neil directs workshops in composition and performance. Neil was also Choral Director for a children’s TV series in the USA for the Jim Henson company.

Dr Michelle Mulcahy is an award-winning multi-instrumentalist and music academic from Co. Limerick. As well as releasing four of her own critically acclaimed albums, she has featured on recordings arranged by renowned composer Bill Whelan. Michelle has made appearances on radio and television in Ireland and abroad such as TG4 Geantraí, Gradaim Ceoil TG4, Hup, RTÉ Fleadh Cheoil na hÉireann, and BBC Port. Mulcahy lectures at the University of Limerick in the Irish World Academy of Music and Dance, and her PhD research publication topic is the first of its kind, exploring the harp tradition of Burma and Ireland.

Louise Mulcahy is a multi-award-winning performer on both uilleann pipes and flute. Alongside four album releases with father, Mick, and sister Michelle, Louise also appeared on Na Píobairí Uilleann’s compilation of young uilleann pipers, A New Dawn. Recently, Louise was presented with the Arts Council’s Markievicz Award. Louise was awarded the 2016 Doctoral Fellowship in Irish Music Studies at NUI Galway and her work on women in uilleann piping is due for release in a landmark documentary for TG4 titled Mná na bPíób.

Emily Cullen is the Meskell UL-Fifty Poet in Residence at the University of Limerick. She has published three poetry collections: Conditional Perfect (Doire Press, 2019), In Between Angels and Animals (Arlen House, 2013) and No Vague Utopia (Ainnir Publishing, 2003). Conditional Perfect was included in The Irish Times round-up of the best new poetry of 2019. Emily is also an academic, cultural producer and harper who has performed throughout Europe, Australia and the United States, and recorded on a number of albums. She was awarded a fellowship from the Irish Research Council for her scholarship on the Irish harp and gained a PhD in English from NUI Galway in 2008. Emily served as Director of the Patrick Kavanagh Centenary (2004) and Director of Cúirt International Festival of Literature (2017-2019). 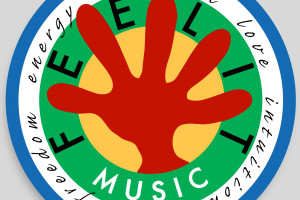