Who knows Halim El-Dabh? Where are the reviews, monographs and festivals that celebrate his oeuvre, given that it is one of the milestones of 20th century music? Which mechanisms led to Halim El-Dabh’s exclusion from the canon? This is a story about, and inspired by Halim. An Egyptian composer, artist, Pan-Africanist who at the age of twenty three in 1944 in Cairo, launched a whole new wave of electronic and experimental music when he composed “Taabir El-Zaar”. In her “Sonic Letter to Halim El-Dabh”, produced in 2020 by Deutschlandfunk Kultur / Klangkunst, the curator and sound artist Kamila Metwaly tried to remix history by attempting to bend time against the Western musical avant-garde. For MaerzMusik 2021, the Egyptian-Polish artist, filmmaker and activist Jasmina Metwaly created this film essay based on her sister's sonic letter.

In “Leila and the Madman” (working title) we will listen to Kamila Metwaly’s “Sonic Letter to Halim El-Dabh” intertwined with Halim El-Dabh’s 1959 ‘electronic drama’ entitled “Leiyla And The Poet”, a work loosely based on the 12th-century Persian-language epic poem “Majnun Leiyla” by the Azeri poet Nizami. The story centers on the love of the young man Majnun for the beautiful Leiyla, his cousin. His love, however, is frustrated by the strictures of tribal law, driving Majnun mad and forcing him to channel his love into poetic visions. Although written centuries ago, Halim El-Dabh perceived the text as “relevant to the modern day (particularly as regards the situation of women); although women are regarded as more liberated today, in fact they are still tied down by the madness of male possessiveness.” Through Leiyla’s “undulating sine wave tones“ and the sound of Majnun’s human voice the ending of this film leaves us, like Halim, speculating. What happened with those two, what is the end of the story, a speculation to be continued by future storytellers. 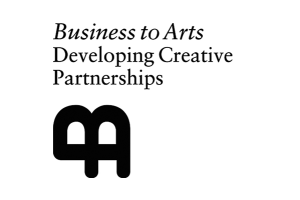