The Mysteries Beyond Matter

In the extraordinary spaces of the Freemasons’ Hall building, Dublin, Quiet Music Ensemble will perform 5 major works created for the group in a performance event spanning more than 3 hours.

In Oliveros’ The Mystery Beyond Matter (“endless until it stops”), the processed sound of the instrumentalists will be algorithmically diffused throughout the building via a multichannel sound system. Immersed in deep, meditative resonances, the audience will be free to move through the building and the soundscape. The rooms, each distinctively and enthrallingly decorated, are rich with history and ritual; each room will receive its own ever-changing mix of sonorities, so that moving through the building creates a unique and kaleidoscopic experience for every listener.

Walshe’s Dordán draws on the work of fictitious Irish outsider artists Pádraig Mac Giolla Mhuire and Caoimhín Breathnach, telling the story of Pádraig’s life and the invention of early Irish Minimalism. Ó Cinnéide, one of Pádraig’s musical collaborators from this time, has described how “he was a soft, kind lad with a strange ear…he wanted to get rid of everything except for the held notes of the pipes…no tunes, no chanter, just the drones…truth to tell, it was a very quare sound…”. Employing sound, video and theatre, surprising and contemplative by turns, Dordán tells a captivating story.

in’ei, Qui/nt/et and hand tinted explore miniature worlds of mesmerising sonority. in’ei (Shadows) draws its inspiration from Junichiro Tanizaki’s In Praise of Shadows: “Find beauty not only in the thing itself but in the pattern of the shadows, the light and dark which that thing provides”. Qui/nt/et employs pure intervals to produce a soundscape of icy stillness, perturbed by momentary sonic ripples. hand tinted gently washes soundscapes recorded in rural Laos with subtle tones, creating a transformative sonic experience.

Quiet Music Ensemble is about meditative, transcendental sound and is Ireland’s only professional ensemble dedicated to Experimental and improvised music; formed in 2008, it has performed in Ireland and the UK, broadcast live on RTÉ lyric fm twice and recently released its first CD, ‘The Mysteries Beyond Matter’, on Farpoint Recordings.

The Mysteries Beyond Matter is supported by the Arts Council of Ireland and by the Freemasons’ Hall. 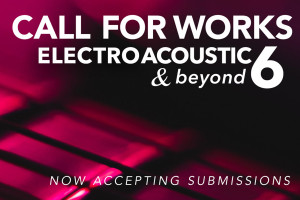