as part of Cork Midsummer Festival 2022

Who walks the roads in darkness? Who haunts the underpasses? Whose footsteps ring on empty streets? – Jessica Traynor

John Scott’s irish modern dance theatre [IMDT] celebrate a very special day in the global calendar, World Refugee Day, with a brand new dance-opera hybrid show, THE WANDERER. that takes inspiration from stories of wandering and migration. Starring a wonderful mix of talent that allows 3 singers, 11 dancers and 4 live musicians to create an unforgettable experience for the stage. For one show only at Cork Opera House on Monday 20 June, this unique dance performance event runs as part of Cork Midsummer Festival 2022.

THE WANDERER is an electrifying and uplifting new show driven by a magical music score by Irish composer Tom Lane. Based on a new libretto by award-winning poet and writer Jessica Traynor, the show is deftly pulled together with blistering new choreography by irish modern dance theatre’s John Scott. Performed by a brilliant multicultural cast of opera singers and dancers and visual projections by the award-winning US dance filmmaker, Jason Akira Somma.

This new dance work by Scott crosses many international borders and ethnicities, connecting the incredibly sensory artforms of dance, opera, classical music and filmed digital visuals. It also honours the diversity of choreography from around of the world.

With distinct themes of migration throughout and performed on World Refugee Day, THE WANDERER promises to be an exhilarating performance event with a superb stage performances from some of the best Irish opera singers, including award-winning Irish soprano Mairead Buicke, who has performed major roles with English National Opera, Opera Theatre Company and Mid Wales Opera, and lauded Irish Baritone Brendan Collins, who also has performed in many of the world’s leading venues, including the Royal Albert Hall, London, Brooklyn Academy of Music in New York, the National Opera House, Wexford, Kennedy Center, Washington DC, Palais des Beaux-Arts, Brussels and Westminster Cathedral, London.

The dancers include Brazilian Vitor Bassi who’s work was mostly in São Paulo before coming to Ireland; Nigerian dancer/choreographer, Favour Odusol; Palestinian contemporary dancer, Salma Atria, who has danced with Belgium’s Les Ballets C de la B throughout the world, who made her IMDT debut in Cloud Study (2018): Ghaliah Conroy from Dublin’s East Wall and recent graduate of FONTYS Dance Academy, Holland. The dancers also include some of the original cast of ‘Fall and Recover’ who came to dance through John Scott’s workshops at Spirasi, the Centre for Care for Survivors of Torture.

Having more resonance this year than ever before World Refugee Day celebrates the strength and courage of people who have been forced to flee their home country to escape conflict or persecution. John Scott is no stranger to this as he has worked closely with the Centre for the Care of Survivors of Torture (CCST) and through his dance work and his personal life has helped liberate refugees from their conflicted countries, introducing them to dance in his workshops and his 2003 show Fall and Recover - a real-life story told through performance of human growth which mirrors the growth of those. 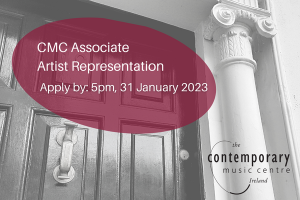