Drawing from the Well for September 2021, features the Hurley Sisters as they explore connections between tunes, songs and stories associated with the famed “Petticoat Loose” of Co. Waterford.

Sisters Mairéad and Deirdre Hurley grew up in a musical household in Ballymote, Co. Sligo, and were immersed in the music of their locality from a young age.

Mairéad was the winner of the All-Ireland senior concertina title at Fleadh Cheoil na hÉireann in 2006. She has performed on stages and taught concertina master classes in Ireland and the UK, as well as in various locations across Europe, North America, Australia and New Zealand. In 2014, she was the resident Irish music tutor at the Gaelic Club in Sydney, Australia. In 2016, Mairéad, John Blake and Nathan Gourley released a trio album entitled The Truckley Howl, the name coming from an enigmatic phrase uttered by legendary piper Séamus Ennis.

Deirdre has also performed extensively at home and abroad, including appearances in Áras an Uachtaráin, Liberty Hall and further afield in Switzerland, Lithuania and Slovakia. She appears on The Thursday Sessions album released by The Cobblestone Pub, where she has been a regular feature on the session scene for a number of years. She has also made appearances as a singer at NPU’s Session with the Pipers, as well as at the Frank Harte and Sean-Nós Cois Life festivals.

Both sisters have made numerous television appearances, and performed together as part of Slí na mBeaglaoich on TG4 in 2021.

Drawing from the Well is a monthly series connecting artists with archival material to inspire new art. It is supported by Bank Of Ireland Begin Together Arts Fund in partnership with Business to Arts.

Find information on artists who have featured in the series and upcoming artists https://www.itma.ie/drawingfromthewell

Every donation, no matter the amount, helps support the preservation of Irish traditional music, song and dance. If you would like to help, please click to support us https://www.itma.ie/contact/support

Mairéad and Deirdre Hurley Drawing from the Well Promo Video 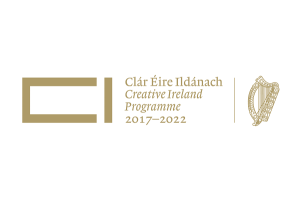