What happens when a touring stand-up comedian can no longer stand up? After a near career-ending knee injury O’ Brien is too young for pilates and too unbalanced for yoga. After a complete sell-out in The Civic Theatre in 2018 with his show ‘Lock-In’ The award-winning Wicklow performer brings his brand-new hilarious hour of stand-up to where self-destruction and self-discovery meet!

This show had a hugely successful sell-out run of shows at The Edinburgh Fringe Festival, The Galway International Arts Festival, Wexford Spiegeltent Festival and a host of International and European dates. Danny is now back on the road and bringing his biggest and best tour show to Tallaght!

Following in the footsteps of Tommy Tiernan and Dylan Moran Danny was handpicked this year to perform as part of the iconic ‘Best of the Edinburgh Fest’ show touring Australia a record three years in a row. He has also featured on The Comedy Channel and is a regular on Irish TV and Radio. He has supported Today FM’s Dermot & Dave on their live show tours and last year he was asked to open for American comedian Bill Burr in front of over 7,000 people in Dublin’s 3Arena.

“Uproariously funny” The Sunday Independent ★★★★★
“He opened for me at the 3Arena and he f*cking murdered it!” Bill Burr
“A perfect mix of brains, banter and brilliance” Great Scott ★★★★★ 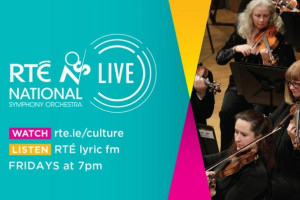