Beginning with bassist Ronan Guilfoyle’s take on the music of Charlie Parker and most recently, saxophonist Richie Buckley’s tribute to John Coltrane, Improvised Music Company’s Icons of Jazz series continues, presenting some of Ireland’s most renowned jazz musicians performing their take on the iconic musicians who have shaped jazz music in the last century. Hear long-standing favourites of the genre given thrilling life and new spins by top Irish players.

In his short life, Wes Montgomery (1923-1968) made an impact on the jazz guitar that can hardly be overstated. The Indianapolis-born guitarist’s sound is instantly recognizable for its warm tone, and his innovative and virtuosic right hand techniques using only his thumb rather than a pick. Initially making a career alongside other musical members of his family, Montgomery’s most acclaimed records such as ‘The Incredible Jazz Guitar of Wes Montgomery’ and ‘Smokin’ at the Half Note’ were recorded in New York City in the late 50s and 60s. Montgomery’s style of solo is breathtakingly effective, with a melody-focused approach for music neither too elaborate nor too simple.

With the flowing groove of organist Darragh Hennessy and sensitive percussive support of drummer Dominic Mullan, join the Hugh Buckley Organ Trio from the comfort of your own living room, for a fitting tribute to one of jazz’s most iconic guitarists, and a highlight of the fine work of the current Irish jazz scene. 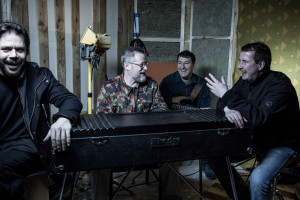