The Irish pianist John O’Conor has been gathering wonderful reviews for his masterly playing for over forty years. His unanimous 1st Prize at the International Beethoven Piano Competition in Vienna in 1973 opened the door to a career that has brought him all around the world.

His association with Beethoven’s music spans his entire career. His recordings of the complete Beethoven sonatas were issued as a box set in 1994 and were described as “recordings of the highest calibre and Beethoven playing at its best” (CD Review). He has also recorded all Beethoven’s bagatelles and piano concertos, and the Diabelli Variations.

John O’Conor is also regarded as one of the most important piano teachers of his generation, with professorships and residencies around the world. During his long association with the Royal Irish Academy of Music he has inspired countless young Irish and Northern Irish pianists, and it is for this reason that his appearance at BMS’s Northern Lights Mini-Fest – an annual showcase of outstanding artists in or from Northern Ireland – is so special.

Part of IN-visible ID-entities 2, an on-going BIAF initiative encouraging cultural collaboration across the island and supported by the Government of Ireland’s Department of Foreign Affairs. 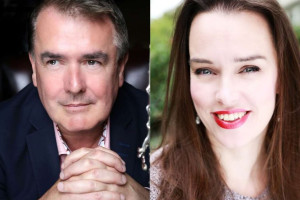