A gifted virtuoso pianist and renowned composer, Clara Schumann (née Wieck) was a woman ahead of her time. Even after her marriage to composer Robert Schumann, a marriage that was met with much resistance from her father, Clara maintained an active performing life. The Schumanns’ friendship with the younger Johannes Brahms is well documented, and it is rumored that Brahms was secretly, or maybe not so secretly, in love with Clara.

In this recital, we explore the beautiful world of these three composers’ songs, featuring such treasures as ‘Widmung’, ‘Liebst du um Schönheit’, ‘Die Mainacht’ and others.

Irish mezzo-soprano Victoria Massey has performed extensively both in Ireland and abroad, with performances taking her to Macerata Opera Festival, Teatro La Fenice, Royal Opera House Covent Garden, Maggio Musicale of Florence, Opera Festival Klosterneuburg, Chiemgau Summer Festival and the Belem Cultural Festival Lisbon, among others. Her love of German lieder was nurtured during her studies at the Mozarteum University, Salzburg.

Rising-star soprano Amy Ní Fhearraigh was chosen as one of GoldenPlec’s Ones to Watch 2018 and is an alumnus of the Irish National Opera’s Opera Studio 2018/19. Her professional operatic roles to date include Mrs Julian in Britten’s Owen Wingrave (Opera Collective Ireland) and Barbarina in Mozart’s Le Nozze di Figaro (Irish National Opera). 2020 will see her perform Gretel in Humperdinck’s opera Hansel and Gretel for INO.

Irish tenor Andrew Gavin is establishing himself as one of Ireland’s most sought-after young tenors. In increasing demand on the opera stage and concert platform, recent performances have included the Evangelist in Bach’s St John Passion, Monatatos in Mozart’s Die Zauberflöte, and Telemachus in Monteverdi’s The Return of Ulysses (Opera Collective Ireland). Andrew is also is an alumnus of the Irish National Opera’s Opera Studio 2018/19.

Irish pianist Niall Kinsella has established himself as one of the most exciting accompanists of his generation. A graduate of the University of Music and Performing Arts, Vienna and the Royal Irish Academy of Music, Dublin, Niall has partnered many of Ireland’s leading singers and performed extensively abroad, at the Musikverein Vienna, Wiener Konzerthaus, St. Martin-in-the-Fields London, The Liszt Academy Budapest and regularly in Ireland’s leading venues. 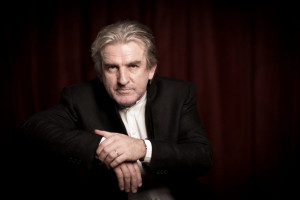 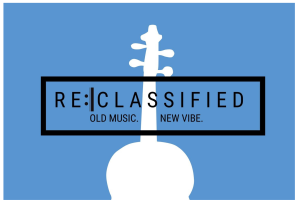