Judith Ring Swelt Belly at Dawn
(Clarinet, Violin, Cello)
Commissioned by Concorde for the Up Close with Music series, premiered at the RHA
Gallery in January 2013

‘This piece, as the title might suggest, is a musical representation of a sunrise. I used to live by the sea and like all artists I was predictably been very inspired by its compelling draw and its ever changing state. The sunrise and sunset are something I will never tire of and I wanted to portray the warmth and power of the experience in this piece; the appearance (swelt belly) and rise of the sun as it eventually moves further and higher into the sky.’​

Donnacha Dennehy Paddy
(2 kick drums, 2 wooden boxes, junk metal)
Paddy was written especially for (and at the request of) the percussionist Tatiana Koleva. The set-up is for wood, scrap metal and 2 kick bass drums. Using South Indian and Irish rhythmic patterns as sources, the piece develops further what I like to call my “elastic band” treatment of rhythm. For example, let’s take a pattern of 2 parts. You can stretch one part in relation to the other but eventually if the whole is elastic the parts will return to their original relationship to each other. This is a really simple case but it explains something. This elastic stretching back and forth happens both horizontally (in repeating patterns with durations that stretch and shrink) and vertically (in the way a bass or treble pattern might relate to each other). Like its source patterns, Paddy resists colonization.

Amanda Feery Kissing the Ground
(Viola)
Kissing the Ground is inspired by two things – the Hans Christian Andersen story, The Red Shoes, and the action of tapping the foot whilst playing or listening to Irish traditional music. The Red Shoes is about a young girl forced to constantly dance in a pair of shoes that move by themselves, as a punishment for being spoilt and vain. The foot tap is something I’ve been thinking about in relation to Irish dance tunes. It’s like a reflex; an almost uncontrollable reaction to the pulse of the music. For this piece, I was thinking about the idea of a demented jig with obsessive repetitions – a jig that doesn’t invite the feet to dance but forces them to tap and twitch.​

The title suggests two things: living inside your head, and the Irish coastline, which from a small boat or kayak is experienced as a sequence of headlands—often revealing dramatic cliffs or stacks around each corner.

The piece tries to deal with the idea of capturing the sublime in nature, in the older meaning of that word: to be awed by one’s insignificance in the presence of nature’s power and vastness.
The tape part quotes from some very fine whale recordings, used with the permission of the Oceania Project, Australia. Other sources include some transformed parts of a piece from 2011, Golden Circle, which has a similar instrumentation to Headland. 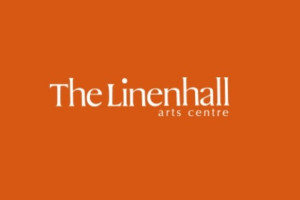