Deirdre McKay a quarter million miles from the moon
(Violin and Piano)
For a while, contemplating the incomprehensibly vast quietude of space had become a fixture in my thought: space, being an almost perfect vacuum, is not so well equipped to support sound. In an age promising earthlings commercial flights to the moon, if you’d like to experience the sensorial beauty of exquisitely skilled musicians playing live on beautifully crafted instruments, you need to visit Planet Earth!

With this thought, came a deeper appreciation of sound as a phenomenon. It draws the ear closer, as though not a note should be wasted. Something of the weightlessness, the immense quietude of a vast soundless space, something of a renewed preciousness in each individual note, fused in this soundworld, as I wrote.

Commissioned by Music Network with the support of An Chomhairle Ealaíon, premiered by Chloë Hanslip and Danny Driver, in 2016.

The Oxford dictionary defines ‘Constellation’ as a group or cluster of brilliant things.  The immediate association is with clusters of stars, but in this piece the term also applies to the brilliance of sonority produced by clusters of flutes. The piece was composed in late 2009 at the suggestion of William Dowdall, to whom it is dedicated.​

The piece consists of a ‘backing track’ of multiple superimposed flutes, and a solo flute part. It falls into four continuous sections, marked by the ascent from bass flutes through alto flute, C flute and finally piccolos. The work attempts to depict this starry voyage.

Tristia was composed in 1980 and first performed 11 years later in the NCH’s John Field Room by Kathleen Tynan and Nua Nós, conducted by Dáirine Ní Mheadhra.

The title - “Sorrows” - was already used by Berlioz who stole it from the poet Ovid. There are three songs, framed by an instrumental prelude and  postlude and separated by interludes; the music is continuous. The poems by Emily Dickinson, Paul Celan and Thomas Hardy are linked by the theme of separation, as well as by verbal echoes: thus Dickinson’s “My life closed twice…” is contradicted - or not - by Hardy’s “Twice no one dies”. The instrumental ending now seems to me to evoke Celan’s “there is lamplike brightness/ inside me, just at the point/ where most painfully one says, never” rather than the irrevocable desolation of Hardy’s “One who, past doubtings all, / Waits in unhope.”

So huge, so hopeless to conceive
As these that twice befell.
Parting is all we know of heaven,
And all we need of hell.

I can still see you - Paul Celan (transl. Michael Hamburger)

I can still see you: an echo
that can be groped towards with antenna
words, on the ridge of
parting.

Your face quietly shies
when suddenly
there is lamplike brightness
inside me, just at the point
where most painfully one says, never.​

In tenebris I - Thomas Hardy

Wintertime nighs;
But my bereavement-pain
It cannot bring again:
Twice no one dies.

Flower-petals flee;
But, since it once hath been,
No more that severing scene
Can harrow me.

Birds faint in dread:
I shall not lose old strength
In the lone frost’s black length:
Strength long since fled!

Leaves freeze to dun;
But friends can not turn cold
This season as of old
For him with none.

Black is night’s cope;
But death will not appal
One who, past doubtings all,
Waits in unhope. 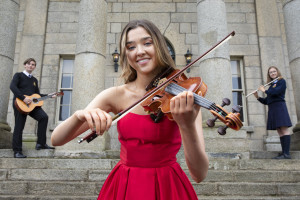