Streaming time is 8PM Irish Time (GMT), however events are available to watch on demand for 7 days after the release time & date.

Frankie Gavin has been playing traditional music since his teenage years. At the age of seventeen, he won All-Ireland competitions for both fiddle and flute. Originally influenced by some of the great Irish and American-Irish fiddle players such as James Morrison and Michael Coleman, he later found himself playing with stars such as The Rolling Stones, Stephane Grappelli, Elvis Costello and Yehudi Menhuin. All have left their mark on his eclectic approach to music and his globally renowned band De Dannan. The simple fact is that there is no more exciting fiddle player or moving flute player in the world of Irish music today. For this performance, Frankie will be joined by Edel Fox on concertina, one of the most accomplished musicians of her generation and Catherine McHugh, one of the most outstanding young accompanists and fiddle players in Irish traditional music today in the beautiful setting of Newbridge House.

Sibéal Ní Chasaide’s unique vocal qualities and singing style command attention wherever she appears. She has already achieved the recognition and admiration in her own country that would normally take many years to attain. Her Debut EP ‘Live at Abbey Road’ was recorded in the iconic studio in London and her album ‘Sibéal’, features a variety of songs with lush orchestrations. Sibéal has gone on to perform in London, New York, Toronto and Sydney, is a regular on national television and radio and works with the Irish government in showcasing Ireland’s culture to international visiting dignitaries. Enjoy a stunning performance from Sibéal in the equally stunning Newbridge House. 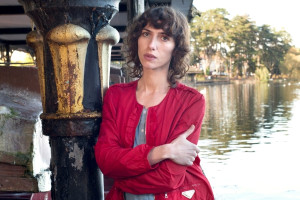