Cultural Officer at the Embassy of Ireland

The Embassy of Ireland in London is seeking to recruit a Cultural Officer. The deadline for receipt of applications for this role will be 17.00 on 17 August 2020.

Introduction
Applications are invited for the post of Cultural Officer at the Embassy of Ireland in London. This position will enhance the promotion of Irish arts and artists in Great Britain (GB), working to serve the objectives of the Embassy of Ireland and of Culture Ireland (Department of Media, Tourism, Arts, Culture, Sport and the Gaeltacht).

The Cultural Officer is a new post created as part of the Irish Government’s Global Ireland strategy to widen and deepen our cultural presence and engagement worldwide, including through the appointment of specialist Cultural Officers in priority locations.

London is a global creative hub, with a consistently strong Irish cultural presence created by both visiting and locally based Irish artists. This Irish cultural presence is also found across England, Scotland and Wales, with a special focus on key cities during festivals, notably Edinburgh. This role will add value for the Government in an already thriving sector. It will also foster a joined-up approach to the promotion of Irish arts in Britain and achieve wider touring opportunities for Irish artists.

The position will be offered on the basis of a three-year fixed-term contract.

The Embassy of Ireland promotes and protects Irish interests and values in Great Britain, working with the Irish community and other stakeholders to support and grow the strong cultural relationship between the United Kingdom and Ireland as a vital part of the wider bilateral relationship.

Role and Responsibilities
Reporting to the Ambassador (or to a senior Embassy officer nominated by him or her), with an additional reporting function to the Director of Culture Ireland, and working under the strategic guidance of the Department of Foreign Affairs and the Department of Media, Tourism, Arts, Culture, Sport and the Gaeltacht, the Cultural Officer’s responsibilities will include:

– Promoting Ireland’s cultural engagement throughout Britain, in line with relevant multi-annual strategies and programmes to promote Irish culture internationally.
– Working with Culture Ireland to extend and maximise touring opportunities for artists being supported to present work across Britain and develop a regional approach to cultural promotion in England, Scotland and Wales, building on the GB18 Programme.
– Working to broaden the reach of Irish culture across Britain, outside traditionally stronger locations, including through developing relationships with partner organisations on an ongoing basis and collaborating with Irish cultural organisations.
– Mapping and cultivating relationships with cultural organisations across Britain, and brokering partnerships between Irish and British artists, ensembles, institutions, venues and festivals, including the Irish artistic and creative diaspora resident in GB.
– Working alongside other European Diplomatic Missions and the EUNIC (EU National Institutes for Culture) network to situate Ireland and Irish culture in its European context, presenting Ireland as both European and Irish.
– Supporting Culture Ireland as required in the effective delivery of its showcases, including events at Celtic Connections, Edinburgh Festivals and other one-off special promotional events.
– Assisting in the development, delivery and promotion of cultural events generally on behalf of the Embassy, Culture Ireland, and other relevant state bodies, including flagship or large-scale initiatives and cultural programmes for high-level visits by the President and Taoiseach.
– Planning and managing events within the premises of the Embassy that highlight the richness and diversity of Irish arts and culture and ensuring that key public diplomacy events (St Patrick’s Day/St Brigid’s Day) at the Embassy feature an appropriate cultural dimension.
– Collaborating with the Consulates General in Edinburgh and Cardiff in the planning and execution of their cultural programmes in Scotland and Wales.
– Working with Screen Ireland to promote opportunities for the film, TV and animation industry and with relevant state bodies to develop links across other creative industries, e.g. architecture and design.
– Assisting and advising regarding the promotion of Irish studies and the Irish language in Britain.
– Working with the Embassy, Consulates and State Agencies in Britain to maximise the promotional impact of cultural events funded by the State so as to enhance Ireland’s visibility and reputation.
– Monitoring and reporting on the impact of cultural events, including those funded or supported by the Irish missions in Britain, those in receipt of Culture Ireland support in Britain, and other partnership-based events.
– Navigating and adapting approaches as required to the evolving changes to Irish and British arts environments because of the COVID-19 pandemic.

Candidate Profile
The ideal candidate should be able to demonstrate:

– Capacity to take the initiative and to work as part of a multi-disciplinary team.
– Extensive and up-to-date knowledge of contemporary Irish arts as well as of the British arts and cultural sector, including festivals, venues, arts institutions, local agents and promoters.
– Proven ability to deliver arts and cultural projects.
– High-level networking and communication skills including the capacity to develop and strengthen links with partner organisations and to interact well as part of a diverse Embassy team.
– Strong organisational and administrative skills.

Essential Requirements
To be eligible the following qualifications and competences are required:

– A third level qualification in a relevant area or a high level of work experience in the arts and culture sector.
– Excellent written and oral communication.
– A high level of discretion, initiative, commitment and reliability.
– The successful candidate must have a legal entitlement to live and work in Great Britain prior to recruitment.

See further details at the link below. 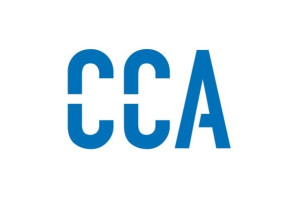